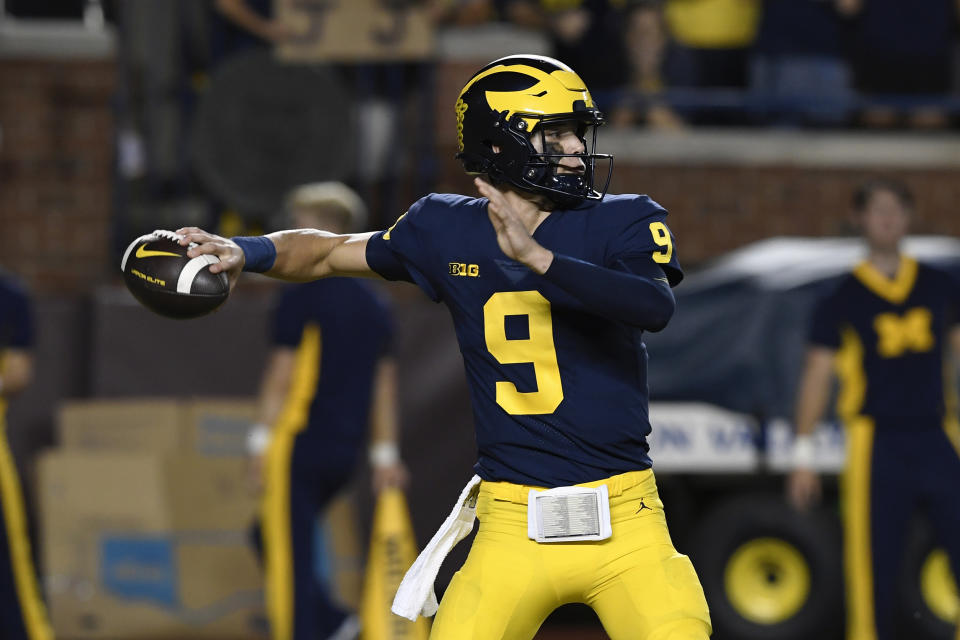 After the Wolverines’ 56-10 win over Hawaii on Saturday, UM head coach Jim Harbaugh told reporters that JJ McCarthy will start next week against UConn. McCarthy started Saturday’s game after last year’s starter Cade McNamara got the wink in the Week 1 win over Colorado State.

McNamara and McCarthy battled it out for the starting role throughout the preseason, but Harbaugh was unable to make a decision leading up to the season. Harbaugh decided to let it play out and both had chances to start in Michigan’s first two games.

Against Colorado State, McNamara went just 9-of-18 for 136 yards and a touchdown. McCarthy also played a few series in that game, going 4-for-4 for 30 yards. He also rushed for 50 yards and a TD.

In the Hawaii game, McCarthy had a “nearly flawless performance,” according to Harbaugh. In his first career start, McCarthy was 11-of-12 for 229 yards and three touchdowns. He also had a 16-yard run. In comparison, McNamara went 4-for-6 for 26 yards with an interception.

McNamara threw for 2,576 yards, 15 touchdowns and six interceptions as the coaches worked on a package of plays for McCarthy. McCarthy was a top 50 recruit in 2021 who proved too talented to stay off the field. He threw 516 yards, ran 124 yards and had a total of seven touchdowns.

McNamara, a fourth-year junior, was very stable last season, but many believe McCarthy has a higher advantage. He’s shown that through two games – enough for Harbaugh to take him to the top of the depth chart.

While McNamara will have a chance to get a late run against UConn next week if it’s another blowout in Michigan, that would probably also mean McCarthy played well enough to secure the job full-time.

The Wolverines open the Big Ten game at home to Maryland on September 24.