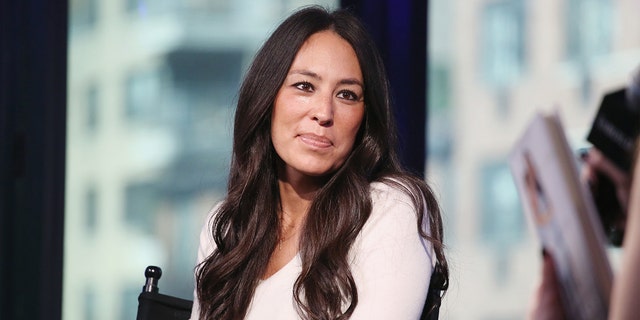 On Tuesday, the “Fixer Upper” star appeared on the “Today Show” to promote her upcoming memoir “The Stories We Tell,” in which she chronicles the struggles of growing up half-Korean in her Kansas hometown.

“I told the other kids my middle name was Anne because it sounded more American than Lee,” Hoda Kotb said as she read an excerpt from Gaines’ book. “However, the lies I told out loud were not as harmful as the lies I allowed to take root in my heart.”

“It was like I couldn’t find my place,” Gaines shared with Kotb. “I remember going to Korean church and feeling, ‘I don’t look like them,’ because I felt like, you know, I was a ‘halfie.’ And then go to school and be the only girl which looked quite Asian.”

Joanna Gaines revealed that she lied about her middle name growing up because of being bullied at school.
(Getty Images)

JOANNA GAINES EMOTIONALLY THINK ABOUT MOTHER’S BATTLE AS AN IMMIGRANT

The interior designer said she always thought of herself as “somewhere in the middle” and that finding her place was an “internal” process.

She explained that her childhood bullying started in the school cafeteria while she was eating her mother’s Korean cuisine.

“I loved rice. I loved my mom’s food. And the moment you opened it, all the kids were like, ‘What?'” Gaines explained that she “laughed away the insults” and didn’t digest the insults. bullying later in life.

Gaines’ daughters, Ella, 16, and Emmie, 12, appeared on the set of “Today Show” with their mother on Tuesday to show their support.

Joanna Gaines recently shared that she plans to be more spontaneous in her 40s.
(Daniel Zuchnik/WireImage)

Last week, Gaines revealed that she wanted to be more spontaneous in her 40s. She explained to People magazine that she has been feeling burned out in recent years and feeling the pressure of her own high expectations.

“I was about to turn 44 and I realized that the past 10 years have felt like a lot of it,” she told the outlet. “It was fast, it was exciting and there was so much to be thankful for, but there was something in me that made me feel so tired. I wanted to go back and regain moments I had missed along the way.”

Joanna and Chip Gaines share five children. They get married in 2003.
(Cindy Ord/Getty Images for SiriusXM)

In her new memoir, “The Stories We Tell,” Gaines shared that she began a journey of self-discovery by writing diaries and healings. That process led to happier moments.

“The Stories We Tell” was released Tuesday.