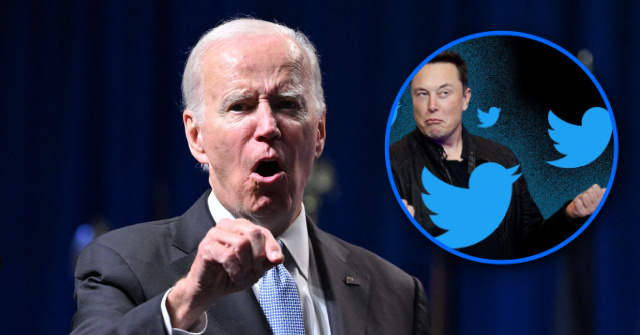 President Joe Biden suggested Wednesday that he was interested in the federal government investigating the Twitter takeover by billionaire Elon Musk.

“I think Elon Musk’s partnerships and/or technical relationships with other countries are worth looking at,” Biden said at a White House press conference on Wednesday.

Biden was asked by a reporter if he was concerned about Musk’s takeover of Twitter with funding from abroad, such as Saudi Arabia.

“Whether he does something inappropriate or not, I’m not suggesting that,” Biden said. “It needs to be looked at.”

When asked by another reporter how he planned to make it happen, Biden replied, “There are many ways.”

It is not uncommon for Saudi Arabia to invest in US tech companies, and the Saudis had already invested in Twitter before Musk bought the social media company.

Democrats have already demanded that Musk be investigated over his deal to buy Twitter.

WHERE. But the Saudis could have paid out, like most others. That would have made financial sense. Instead, they forged an alliance with Musk in his takeover bid. There is a clear political motivation for their decision, and CFIUS should get to the bottom of this. https://t.co/QhM2x9DxsP

“What are we all worried about now: Elon Musk goes out and buys an outfit that ships — that spits lies all over the world,” he said during a fundraiser last week.