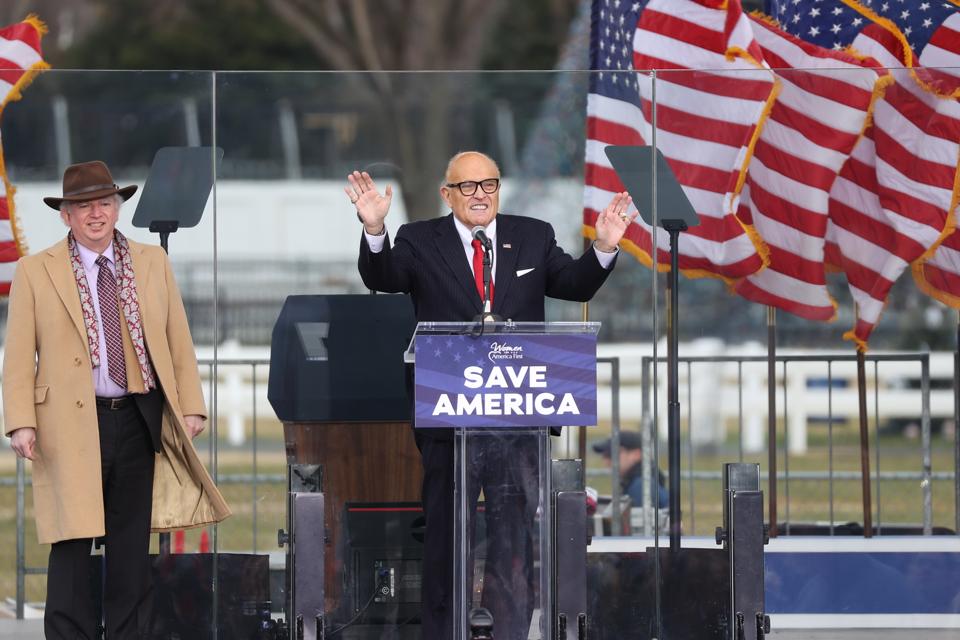 John Eastman, a law professor at Chapman University’s Fowler School of Law who had drawn growing attention to his controversial involvement in some of Donald Trump’s most bizarre election demands in recent days, has agreed to resign of his post at the university.

The announcement of Eastman’s retirement came in the form of a brief statement from Chapman chairman Daniele Struppa on Wednesday.

“After discussions over the past week, Dr. John Eastman and Chapman University have reached an agreement whereby he will retire from Chapman, effective immediately. Dr. Eastman’s departure brings this difficult chapter to a close for Chapman and offers the most immediate and safest path into the future for both the Chapman community and Dr. Eastman. Chapman and Dr Eastman have agreed not to engage in legal action of any kind, including any defamation claims that may currently exist, as the two sides move forward.

“The university is unable to comment further on the details of the confidential personnel matters and will not make any further statement on this matter.”

Pressure on Chapman to address concerns about Eastman had intensified after he appeared on stage at a rally in Washington, DC with Rudy Giuliani. The rally preceded a crowd that stormed the US Capitol, sparking a violent insurgency that resulted in the deaths of five people.

Eastman, who joined Chapman’s faculty in 1999 and is currently a visiting scholar at the University of Colorado, served as an endowed professor at Chapman – Professor Henry Salvatori of law and community service. His academic biography also indicated that he was director of the Center for Constitutional Jurisprudence, and for three years (2007-2010) he was the dean of the law school.

Chapman’s faculty had recently requested Eastman’s dismissal, but while Chapman’s chairman Daniele Struppa said Eastman’s actions “are in direct opposition to the values ​​and beliefs of our institution,” he said. refused to attempt to have Eastman fired (an action the letter does not explicitly request), citing the college faculty textbook:

“I am bound by laws and processes clearly set out in our faculty manual. The faculty manual, despite its common name, is in fact a contractual document on which the faculty, administration and administrators have agreed. This document contains the rules that determine how professors are hired and how they are disciplined, up to and including termination. “…

“The Manual authorizes the dismissal of professors convicted of a crime, however, this is not the case today. The manual allows for the dismissal of professors who are struck off, however, this is not the case today. The Manual does not allow me to decide for myself that a faculty is a criminal or that it should be struck off and therefore dismissed, which is what I am asked to do. The Handbook says that if a jury finds a faculty member guilty of a crime, or if they are struck off, then the university can fire them. The university does not have the right to substitute for these formal bodies. “

Struppa was responding to a January 8 letter sent to Los Angeles Times and signed by more than 150 Chapman professors and members of his board of trustees, who argued that Eastman’s actions “should disqualify him from the privilege of teaching law to our students and deprive him of the honor of an endowed chair.

He continued, “Freedom of speech is sacred and tenured academics like Eastman have the privilege of speaking out without fear of repercussions. But Eastman abused this freedom … When speech turns into violence and insurgency, it is no longer allowed.

“On this basis, it is time to move beyond President Struppa’s defense of free speech, to respond to a new situation, a very real threat and an effort to destroy our democracy. We call on Chapman University officials, including the Faculty Senate, President, Provost and Dean of Fowler Law School, to act swiftly against John Eastman for his role in the events of January 6.

The letter concluded, “Chapman’s mission is to provide ‘a personalized education of distinction that leads to curious, ethical and productive lives.’ None of Eastman’s actions over the past year have been ethical, productive, or distinguished. Throughout the year, students and faculty have called for sanctions for his racist actions. It does not belong to our campus.

It is unclear what tipped the scales towards Eastman’s retirement, but those who wanted him removed from college had scheduled additional meetings to address their concerns. Lisa Leitz, one of the faculties that signed the Jan.8 letter, told me that a special faculty senate meeting was scheduled for Friday to consider another resolution regarding Eastman. And on Jan. 13, Chapman’s black alumni wrote a letter to President Struppa and Park Kennedy, chairman of Chapman’s board, calling for “the immediate removal of faculty member John Eastman.”

This is clear: The fallout into the academy from last week’s violent events in Washington will continue. Among the many important principles at stake is the question of how universities and colleges treat their faculty, staff or students who have participated in various ways in these events. The Chapman-Eastman affair will be one of the first chapters of this unfolding saga.

Retooling During Pandemic, SAT To Drop Trial And Subject Testing

What is the economic impact of the State of the University of California? How about $ 82 billion a year.

The Bharat Express News - January 20, 2021 0
Balmuda Whether you're new to cooking or comfortable in the kitchen, anyone can improve their skills with the...