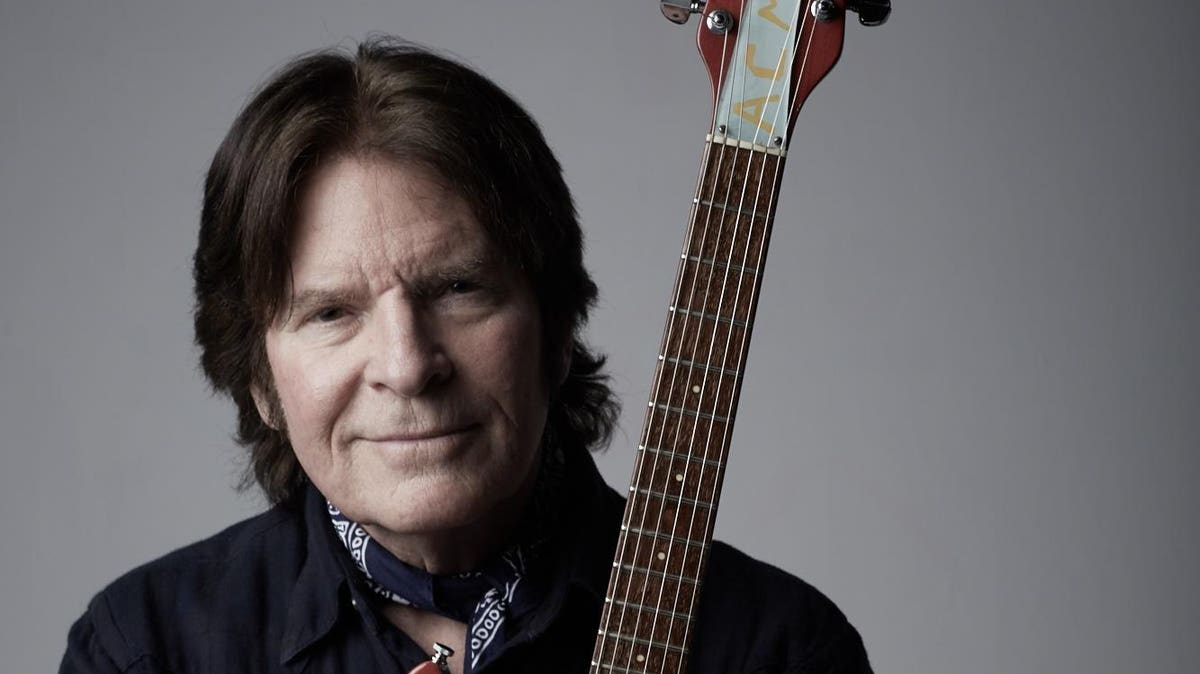 Former Creedence Clearwater Revival singer / guitarist / songwriter John Fogerty doesn’t give a lot of interviews. For this one in particular, we were told, Fogerty had received a dozen media requests, but only accepted our own.

As a longtime CCR fan, I was pretty excited. I remember in high school jumping down the halls with a friend, chanting, “It’s not me, it’s not me, I’m not the son of a senator / It’s not me, this is not me, I’m out of luck “(from CCR’s hit Fortunate Son, about class inequalities in military recruiting during the Vietnam War, and included in the film, Forrest Gump).

Fogerty, a 1993 Rock and Roll Hall of Fame inductee, as with interviews, is selective about the causes he chooses to embrace. In November, he will headline (along with Cheap Trick, Foreigner and Lauren Alaina) three concerts for Ft. The Charity Pro’s, based in Myers, Fla., Benefiting the children of frontline workers and first responders. COVID-19 died in the line of duty. Megan Maloney, 24, who herself had COVID-19, co-founded the association with her father, Bradley, and Keith Hudson, father of pop star Katy Perry, after being inspired by the plight of a firefighter friend , Tony Christensen. Christensen had lost his life to illness after helping evacuate elderly people from a nursing home.

“There was a lot of money raised for medical equipment, masks and stuff like that,” says Maloney, “but kids were left behind after losing a parent, or both. We formed Megan’s Wish, similar to Make-A-Wish, to raise money for gifts to these unhappy children, as well as for scholarships. Charity Pro’s For Heroes concerts are one of them. But it takes a village. We also need sponsors to intervene. Imagine what a Jeff Bezos, Elon Musk or Richard Branson could do?

For those of you who don’t remember the turbulent late 1960s, CCR, with their Cajun sound, was arguably THE American rock band. They’ve had a string of flash hits (now classics) including Proud Mary, Who’ll Stop The Rain, Bad Moon Rising, Green River, Fortunate Son, Down On The Corner, Susie Q, Born On The Bayou – the list is endless. At one point, their music was selling better than that of The Beatles. CCR also performed at the Woodstock Music And Art Festival, although many don’t know because the group was not in the first documentary, which won an Oscar, or on the debut album. Fogerty, a man of high standards, did not feel the audience response was enthusiastic enough for the group to be included.

After CCR’s controversial breakup in the early 1970s for financial reasons, Fogerty left behind his bandmates Doug Clifford (drums), Stu Cook (bass guitar) and his own deceased brother, Tom (rhythm guitar), and separated from himself, continuing his tradition. hits including Centerfield, The Old Man Down The Road and Rockin ‘All Over The World, but not before a long battle with alcohol and depression. Most recently, he released the song, Weeping In The Promised Land, about the ongoing pandemic and the current situation in the United States. He also recorded a new album, Fogerty’s Factory, with his family, packed with classic hits. Fogerty’s best-selling memoir, Fortunate Son: My Life, My Music, was released in 2015.

Earlier today, I spoke on the phone with the rock icon, 76, about his career and upcoming charity concerts. Here are edited excerpts from Part 1 of a longer conversation.

Jim Clash: You are a busy guy. Why did you choose The Charity Pro organization to get involved?

John Fogerty: Well I think it’s a good cause. You find in your heart to do things that help people. It’s that simple.

Shock: What is one of your particular favorites that you plan to play at Charity Pro’s For Heroes concerts?

Fogerty: I think one of my best is, Have you ever seen the rain? I love to sing that. It’s a hopeful song, the way I approach it now. I will take great pleasure in singing this one.

Shock: What was it like when you inducted into the Rock And Roll Hall Of Fame in 1993 playing songs you wrote in front of your peers, and with Bruce Springsteen and Robbie Robertson (The Band) to back you up?

Fogerty: It was awesome. I am very proud of the songs I wrote and recorded. It is a dream come true. I think my relationship with my songs is much better now than in the past. As you know, I had such a hard time breaking down all the chatter and getting credit for what I created. There was always a record company and in some cases former members of my band who were trying to discredit me so that they could kind of take credit for it. The Creedence Clearwater drummer didn’t write Proud Mary. I have written it. There was this competition at the time. Nowadays, the expression is misinformation. This is kind of what was at work years ago.

Shock: Do you remember the first time you heard Proud Mary on the radio?

Fogerty: Yes, Proud Mary was my first composition, at the beginning of 1969. It was something that I had expected and dreamed of all my life. It’s the most amazing feeling when it’s brand new like this. I always have the same feeling when I hear a new recording of mine on the radio. When you hear someone else tell you, it’s second-hand. When you hear it yourself, you feel it inside your soul because it is what you are doing, what you are looking for. So it’s very important to me.

Shock: You saved with your family during the pandemic. And the music is pretty good. How did it happen?

Fogerty: Oh, thank you very much. My two boys are actually in my stream [touring] group, so I can see them every night, play with them. It’s a family affair. My wife, Julie, manages things for me. She doesn’t like me calling her manager, but she’s definitely the creative person in the background, helping with ideas and making things go smoothly, very tangible. We have been traveling as a family since 1997, when I completed Blue Moon Swamp. The children were small at the time. I had toured a long time ago with Creedence. But I’m a father now, and have been since I met Julie. When the album was finished and it was time to go on tour, I looked at it and said, “I’m not going out without you. She then looked at the little kids and said she wouldn’t go there without them. We have been traveling together ever since.

Shock: Bad Moon Rising’s famous line, “there’s a bad moon on the rise”, is often misquoted as “there’s the bathroom on the right”. Your reaction?

Fogerty: People come up to concerts with signs, you know? Some people are prepped with tools to identify with most songs. Many of them have “right bathroom” with a small arrow pointing to the right. So it always gets confusing. Do they mean my right or their right [laughs]? When I sang that, I pointed to my right. But, as any good first grade teacher knows, you need to point to the student’s right. So today I’m pointing to my left, which is their right!

Editor’s Note: In the next parts of this interview series with John Fogerty, we’ll discuss his latest hit, Weeping In The Promised Land; his depression and alcohol problems following the break-up of CRC; how the CCR Cosmo’s Factory album got its unique name; how CCR got fans to believe they were from Louisiana bayou country when they were actually from El Cerito, California; play Woodstock; appearing on the Ed Sullivan Show; which of today’s artists impresses him; whether the CCR will ever meet; and more. Stay tuned to the ForbesLife channel.

It’s carving time: Experts say these are the most essential knives for Thanksgiving dinner

The Good New About Men’s Grooming In 2021