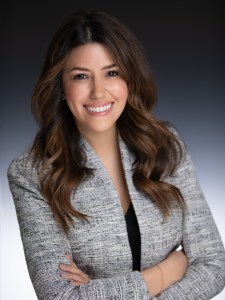 Camille Vasquez, who rose to prominence as one of Johnny Depp’s lawyers in his defamation case against ex-wife Amber Heard, has joined NBC News as a legal analyst.

Vasquez made her first appearance in the role Today on Monday to provide analysis on Bryan Kohberger’s arrest on charges of stabbing four University of Idaho students.

Brown Rudnick’s Vasquez and Benjamin Chew served as lead attorneys for Depp, in a case that drew national attention, in part because daily proceedings were televised during the spring and summer.

Vasquez is a partner in her firm’s Litigation & Arbitration practice group and co-chair of the Brand & Reputation Management Group.

Last month, the parties in the case announced a settlement. TBEN reported that Heard would pay $1 million to Depp, and he planned to donate the amount to charity.

In a statement announcing the settlement, Heard said she had “exhausted almost all of my resources” in the lawsuit.

“I am making this decision because I have lost faith in the US justice system where my unprotected testimony served as entertainment and fodder for social media,” she wrote on Instagram.