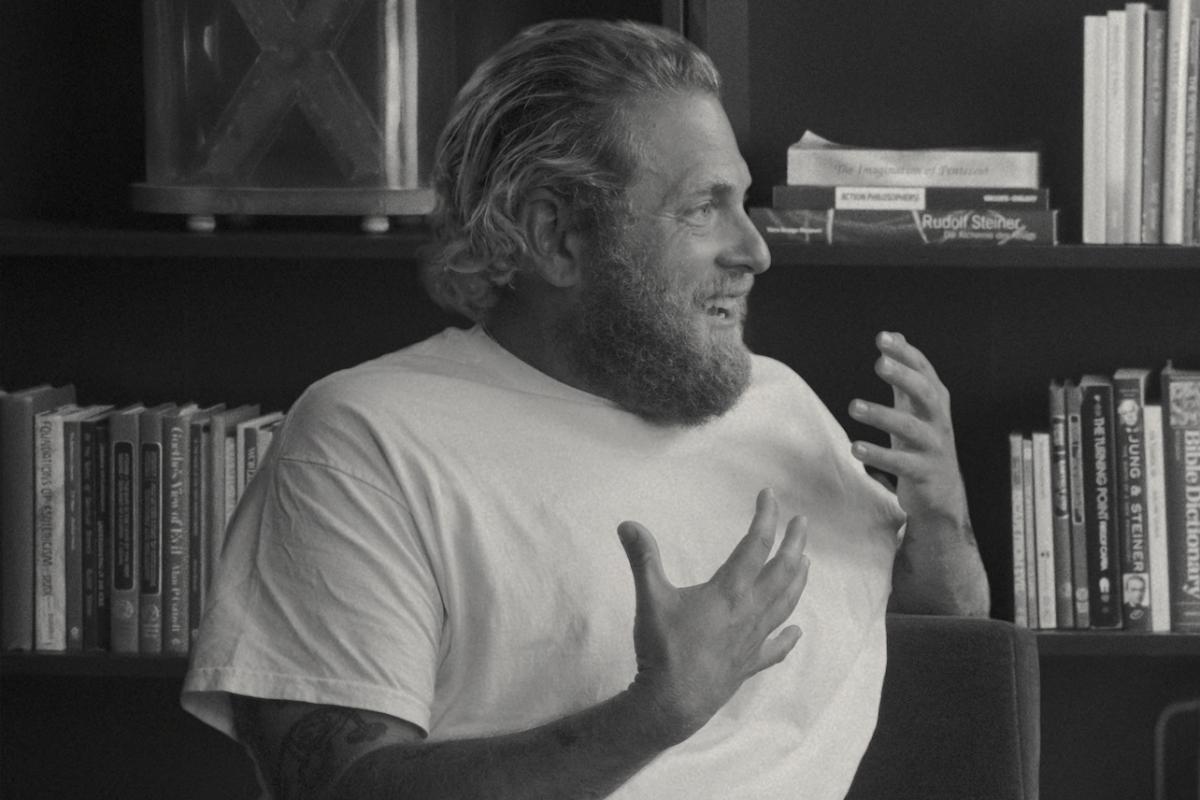 “I spend much of my life avoiding thinking about that day,” Hill tells his therapist, Phil Stutz, in his new documentary. “I entered your office. It was definitely the most intense day of my life.”

Hill’s New Documentary, stutz– now streaming on Netflix – is an experiment that feels like it shouldn’t work, and yet it does. The 38-year-old A-list actor, known for his roles in films such as Superbad, Jump Street 21and The Wolf of Wall Street decided to direct a film in which he interviewed his therapist, noted psychiatrist Phil Stutz. At first, Hill insists the movie isn’t about him — it’s about Stutz and the cognitive-behavioral tools that Hill believes helped him through the low point in his life. But in the end, Hill admits that the film is, at least in part, about him. He challenges himself to be open about his late brother, who died of a heart attack in 2017 at the age of 40. (During the making of the film, Hill learned that Stutz also lost a brother when the therapist was only 9 years old and his brother was only 3.)

In stutzHill recalls that the day he found out his brother died, he went to Stutz for a session. While there, Stutz Hill asked for his phone to take a picture of the actor. “I was wondering why you did that,” Hill tells Stutz.

ALSO READ  More than half of teenage girls have mental health problems, according to a major study

“It’s very rare in life that you get the chance to capture something at the climax, the most important moment,” Stutz replies. “And then you come back to it a week, a year later. In that time difference you experience the powers of healing, of recovery.”

Hill nods in understanding and tells Stutz that he hasn’t looked at the photo in four years. But now, after going through the journey of coming to terms with his grief, in part by making this movie with Stutz, he feels ready to face it. He holds a printed version of the photo and he and Stutz look at it together. “I look stripped of anything fake,” Hill says. “There’s a strangely serene look on my face that’s so bizarre. But maybe because it destroyed everything that didn’t matter.”

Stutz offers his own analysis: “That’s the picture of someone who went through hell, came out the other side and is really okay.” Hill seems moved by Stutz’s words and then holds the photo in front of the camera for the public to see.

Hill goes on to describe how Stutz’s “loss-processing” tools helped him with his grief, but clarifies that it wasn’t a magical solution. “I still feel that pain every day,” he says. “I still miss my brother.”

Earlier in the film, Hill also talked about his struggles growing up overweight and the years he spent with his body image. “It’s something that sounds like it’s not a big deal, or ‘poor you’ or whatever, but for me personally it really screwed me up,” he says. That battle was one of the reasons Hill first started seeing Stutz when he was 33 years old. But like his brother, Hill wants to face this demon head-on – literally. At age 14, he pulls out a cardboard cutout of himself and looks at it.

“I was incredibly successful [at 33], was in really great shape physically. All things that would make this version of myself no longer exist,” Hill recalls, pointing to the cardboard cutout. “I thought if I was successful, they wouldn’t see it. And then I did, and all people did was say more of that. And it hurt.” Hill explains that he has worked hard not only to accept who he was 14, but also to love him. But he admits it is difficult, especially in the face of ridicule and cheap shots. not only that, but also his successful career, including an Oscar nomination for The Wolf of Wall Street– didn’t work like the ointment he had hoped for.

“When [success] none of that stuff healed me, it made me more than depressed,” Hill says. “At the same time, the media was very brutal about my weight. It was a free game for everyone to hit my sore spot. It made me so defensive.”

Hill goes on to say that it wasn’t until he met Stutz that he was able to successfully block out the negative and form his own opinion of himself.

As part of his steps toward self-care, Hill chose not to go on a promotional tour for: stutz, and even deleted his social media accounts. In a statement reported by TBEN in August, Hill said, “You won’t see me there promoting this movie, or any of my upcoming movies, as I take this important step to protect myself. sicker by going out and promoting it, I wouldn’t be true to myself or to the movie.” He added: “I hope the work will speak for itself.”