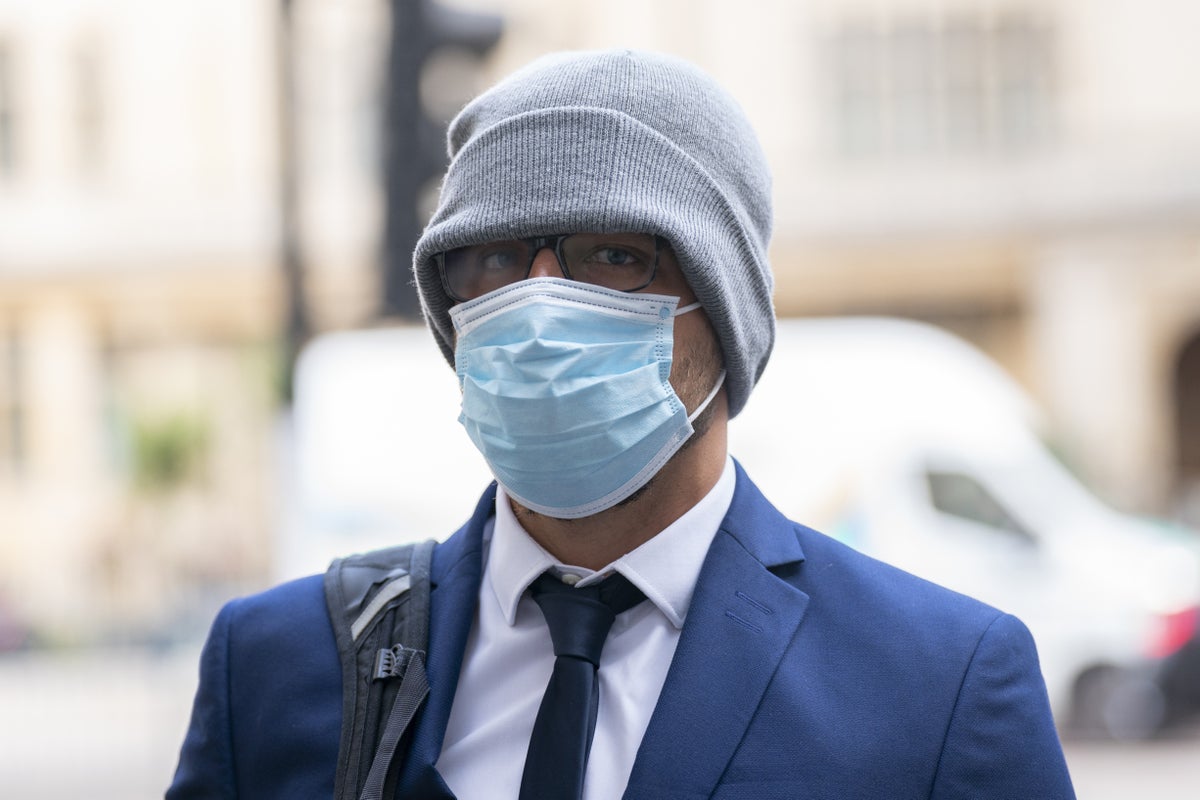 A judge has dismissed an attempt to dismiss all charges against three Metropolitan Police officers accused of sending “grossly offensive” WhatsApp messages to a group with Wayne Couzens.

The chats, from 2019, contain reports of rape, domestic violence and violence against women, Muslims, ethnic minorities and people with Down syndrome.

They were discovered in a WhatsApp group called “Bottle and Stoppers/Atkin’s Puppets” after Couzens was arrested for the kidnapping, rape and murder of Sarah Everard in March 2021.

A defense attorney argued that the messages did not meet the legal definition of “grossly offensive” because they were sent in a private chat group where “no one was offended and they were not directed at anyone”.

Nicholas Yeo told the court: “The fact that none of those persons… [in the WhatsApp group] taking those reports seriously or making a complaint about them is a very relevant factor, and we say decisive.”

District Judge Sarah Turnock said she had considered a “defense request to drop the charges” because there was “no case to answer”.

She made her statement on Friday morning, saying: “Based on evidence and content and context of the posts, I do not accept these submissions.

“I am convinced that any of the messages could be highly offensive within the meaning of the 2003 Act.”

District Judge Turnock said the fact that the WhatsApp group was private and no one complained in it does not make them incapable of breaking the law.

She told the court the legal test was whether they were “highly abusive” to the people they interact with – people from “black and minority ethnic backgrounds, people living in certain areas of London, women, children, the disabled and gays” – instead of those who receive them.

Mr Yeo argued that it was “clear” that the reports were not intended to be taken seriously, and challenged a prosecutor’s suggestion that references to a “battle hug” could refer to sexual contact.

PC Cobban and PC Neville joked about the term after PC Neville described pinning a 15-year-old girl to the ground during a police incident.

Mr Brown said the post implied that PC Neville “enjoyed physically restraining a very vulnerable and disturbed 15-year-old girl while on duty because he enjoyed, or at least drew on, his experience with a ‘wrestling yummy'”.

He argued that the exchange suggested that lawful restraint could be used “as an excuse or cover for unconsensual physical or sexual contact with a detainee”.

But Mr Yeo disputed the meaning of “battle hugging” and told the court it was a “term used in officer training in connection with a bear hugging technique”.

District Judge Turnock ruled that the prosecution and defense should challenge the matter with further evidence, not accepting that the “sole ordinary meeting referred to the use of some sort of police skill in the context of lawfully detaining a person”.

Prosecutor Edward Brown, QC, said the group included “a close-knit group” of seven police officers who had transferred from the Civil Nuclear Constabulary to the Metropolitan Police.

“There is no evidence that any of the defendants, or the other members of the group, ‘called out’ or challenged any of their co-defendants after receiving what the prosecution considers the abusive messages,” he added.

“Each defendant actively participated and chose to remain in the group.”

The trial continues and all three suspects are expected to testify on Friday.