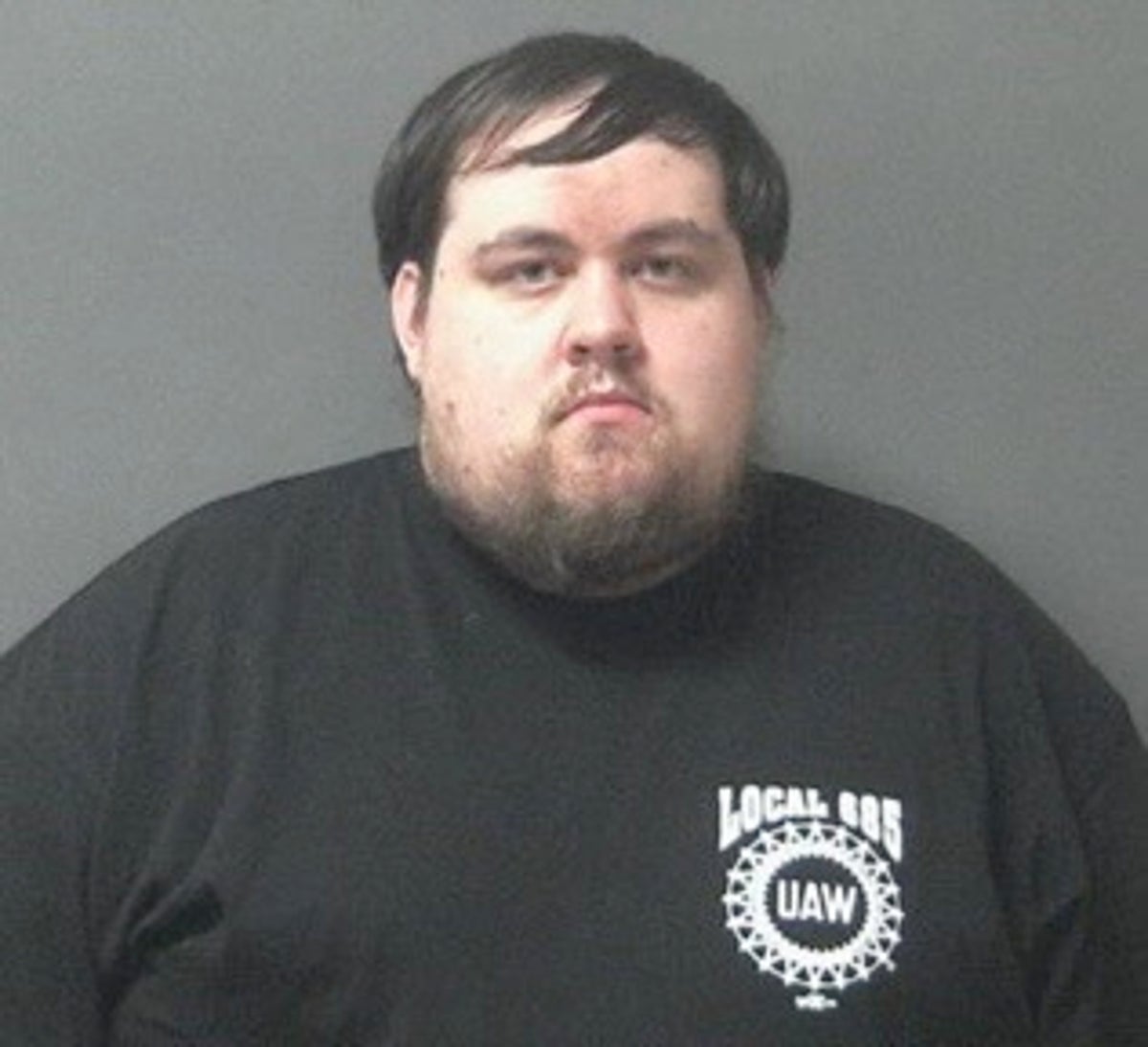 Sign up for our free US email news bulletin

An Indiana judge has dismissed five child pornography charges against the man behind the catfishing account linked to the Delphi murders — just days after another man was arrested and charged with murder in the infamous case.

Kegan Anthony Kline was implicated in the murders of teenage best friends Libby German and Abby Williams in 2017, when investigators urged the public to provide information about a fake online profile called @anthony_shots.

Kline, 28, has confessed to using the fake profile to groom underage girls, getting them to send him nude photos and their addresses, and getting them to meet him in person.

In a 2020 police interrogation, a transcript of which was seen by TBENKline admitted that he communicated with 14-year-old Libby on Instagram and Snapchat via the catfishing profile before she died.

The transcript revealed that he had exchanged photos with the teenage girl and that Libby had interacted with the fake profile the day she and Abby, 13, were murdered.

On February 25, 2017 – less than two weeks after the two girls were brutally murdered – police conducted a search of Kline’s home in Peru.

Kline has never been charged in connection with the murders.

In 2020, he was arrested and charged with 30 offenses involving child sexual abuse and exploitation through the @anthony_shots account. He has been behind bars ever since.

According to an affidavit, Kline allegedly admitted to receiving about 100 sexual photos and about 20 sexually explicit videos from at least 15 underage girls through the profile.

Now, court documents, filed on Friday and seen by TBENreveals that five of the 30 charges in his child pornography case have been dropped.

Judge Timothy Spahr of the Miami Circuit Court agreed to drop five counts of child pornography possession and has set a December 22 date for a court hearing on a motion to change information in the case.

Prosecutors filed a motion last Wednesday asking for the charges to be dropped, saying “there is insufficient evidence to prove said counts beyond reasonable doubt at trial”.

The state did not provide further details about the request or its timing.

However, the request came just two days after the Indiana State Police announced that a man had finally been arrested and charged with the murders of Libby and Abby, nearly six years after the murders.

Richard Allen, a 50-year-old local man from Delphi, was taken into custody on October 26 and charged with two murders two days later.

Allen, who is said to refuse to cooperate with investigators, has pleaded not guilty to the charges and is being held without bail.

It is not clear whether the move to drop charges against Kline is in any way related to the case against Mr. Allen.

Law enforcement officers are tight-lipped about what led them to now arrest the 50-year-old, with the affidavit of probable cause being sealed by a judge.

However, in a somewhat surprising move, officials indicated that there may have been other individuals who were also involved in the Libby and Abby murders.

“If anyone was involved in any way in the murders, that person will be held accountable,” Indian state police chief inspector Doug Carter said at a news conference last week.

The public has been urged to continue submitting tips – not just about Mr Allen but other information about the case – with officials urging the investigation is far from complete.

The timing of what marks the first arrest in the 2017 case comes as recently unsealed court files reveal that Kline was released into Indiana State Police (ISP) temporary custody in August.

Days later, ISP agents were spotted doing a search in the Wabash River near his home in Peru.

Journalist Áine Cain and lawyer Kevin Greenlee, creators of The murder sheet podcast, told TBEN at the time the search was linked to the murders of Libby and Abby.

During Kline’s police interrogation in 2020, he denied having any knowledge of who killed the teens. But detectives said he failed a lie detector test on those statements.

At another point in the interview, a detective confronted Kline with a message about Libby that @anthony_shots sent to another user days after the murders.

“Yes, we were supposed to meet, but she didn’t show,” it read.

On February 13, 2017, Libby and Abby took a walk along the Monon High Bridge Trail in their hometown of Delphi.

During the walk, Libby posted a photo on Snapchat of her best friend walking along the Monon High Bridge. It was the last known photo of Abby before she was killed.

Later that day, the teens were reported missing when they failed to meet a relative who had arranged to pick them up.

The next day – Valentine’s Day 2017 – their bodies were discovered in a wooded area about half a mile from the trail.

During the next five years, no arrests were made and no suspects were formally named.

A 2017 search warrant application, which surfaced earlier this year, revealed that the victims were killed with some kind of weapon and lost “a lot of” blood — meaning the attacker would have been covered in blood after the attack.

Libby and Abby were believed to have been murdered in a different location before the killer moved their bodies and ‘set’ them up at the crime scene. The killer would also have taken some sort of souvenir.

Investigators have long tried to identify a man who managed to capture Libby on her cell phone before she died.

The grainy video shows the broad man dressed in blue jeans, a blue jacket and a cap walking across the abandoned railway bridge.

Investigators have released a still image of the video and a chilling audio of the man telling the two girls, “Go down the hill.”

Kline is due to stand trial in January on child pornography charges.