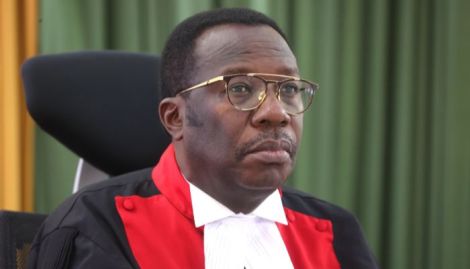 The judiciary has flagged a report alleging that Deputy Chief Justice Philomena Mwilu and Judge Smokin Wanjala had resigned days after the Supreme Court ruling.

For most of Sunday, Sept. 11, there was speculation that the two Supreme Court justices had submitted their resignations to the Judicial Service Commission (JSC).

However, the judiciary clarified that the information was incorrect and should be treated with contempt.

The two judges sit on the seven bench of the Supreme Court that unanimously confirmed President-elect William Ruto’s victory in the Aug. 9 poll.

The verdict has since sparked debate from politicians on the other side of the divide, with some praising the verdict while others denounced the verdict.

Azimio’s Raila Odinga disagreed with the ruling, claiming that his lawyers had provided irrefutable evidence of the basis for throwing out the presidential election.

“We have always stood for the rule of law and the constitution. In this regard, we respect the court’s opinion, although we strongly disagree with their decision today,” Raila said.

“Our lawyers have provided irrefutable evidence and the facts were on our side, unfortunately the judges saw it differently,” he added.

Pursuant to Article 167 of the Constitution of Kenya, the Chief Justice and any other judge may resign by written notice to the President.

The Constitution further provides that a judge shall retire upon reaching the age of 70, but may elect to retire at any time after reaching the age of 65. In the case of the Chief Justice, she will hold office for a maximum of ten years or until reaching retirement age.

On the other hand, 60-year-old Judge Wanjala worked as a law lecturer at the University of Nairobi (UoN) for more than two decades before being appointed to the Supreme Court. dr. Wanjala is one of the longest serving judges on the Supreme Court. 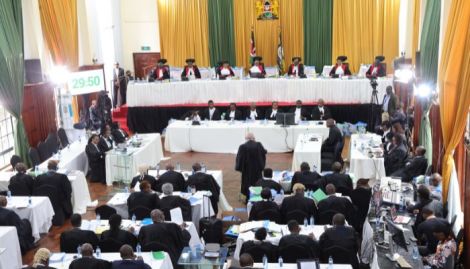 A view of the Supreme Court hearing as the petition hearing continues on August 31, 2022