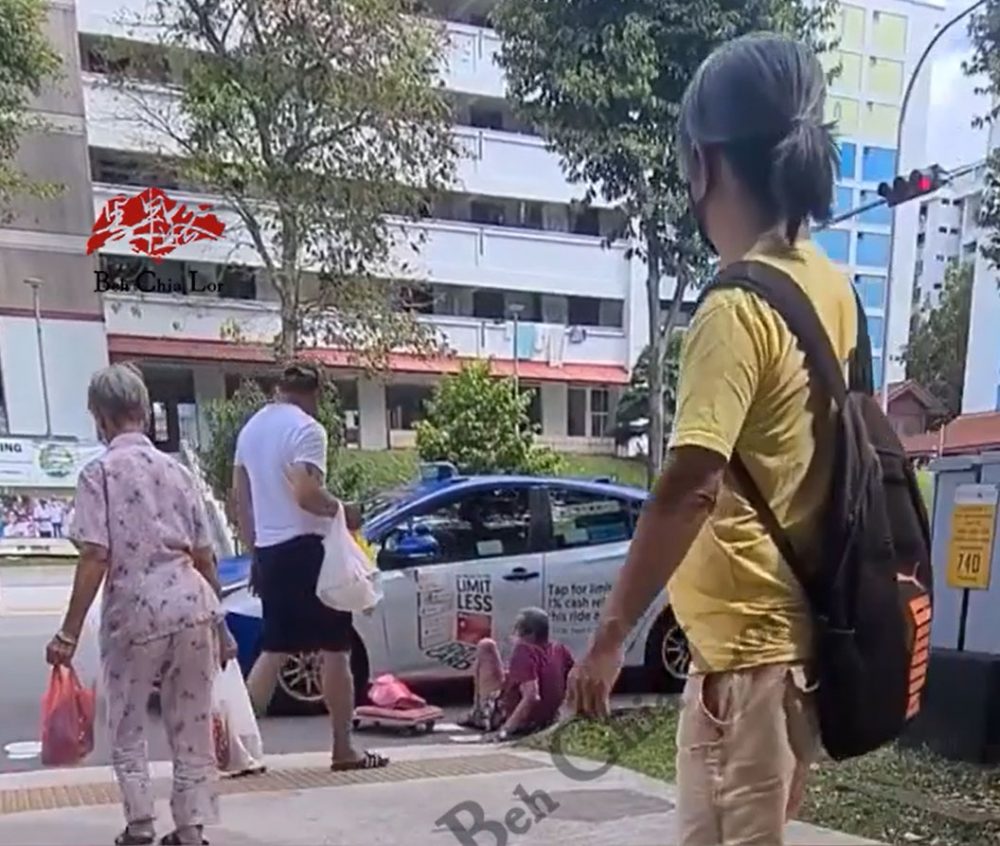 A video of the old man had circulated on Facebook earlier this week.

He was seen with a plank of wood with wheels attached underneath, which he apparently uses to get around by using his hands to drag himself.

In the video posted on January 13, the man can be seen sitting alone at a crosswalk, before attempting to drag himself into a taxi using his hands.

Afterwards, passers-by noticed the man, with at least two men and the taxi driver helping the man into the taxi.

Shanmugam said in a Facebook post on January 14 that the elderly man, whom he called Mr Lee, preferred not to use a wheelchair, despite volunteers trying to persuade him to do so. A wheelchair had been purchased with the help of the Senior Mobility Fund.

According to Shanmugam, the wooden plank was made by a neighbor for Lee to move around his house, and it seems that Lee prefers to use it when he goes out as well.

“Based on our interactions with him, our assessment is that he is independent and knows his mind,” the MP said.

The interior minister added that Chong Pang Community Center and Touch Cluster Support, a community service agency that helps vulnerable elderly people, have been assisting and supporting Lee and his family since 2015.

He thanked those who gave their opinion on the incident, saying that assistance will continue to be provided to Lee and his family.