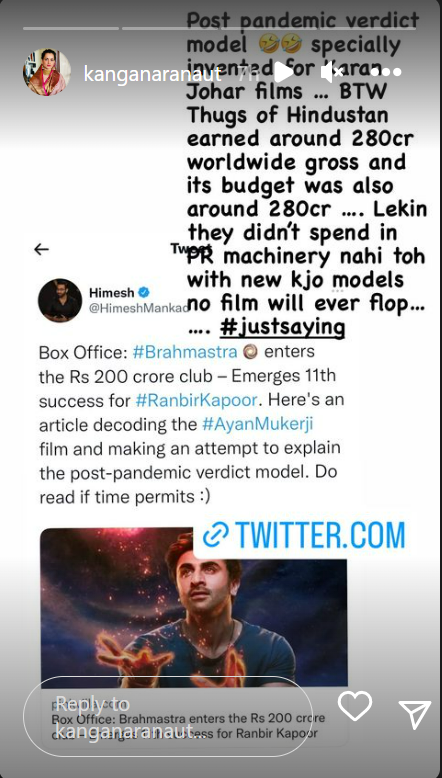 Bollywood actress Kangana Ranaut punched Karan Johar a day after Vivek Agnihotri tweeted about reports that Brahmastra had overtaken his film The Kashmir Files at the box office.

Kangana shared Vivek Agnihotri’s tweet on her Instagram story, writing: “The audacity to belittle The Kashmir Files, a film made about The Bharat Express News genocide(s) that also seeks to continue its success. The Kashmir Files is made in Rs10 crores…”

she wrote: “Post-pandemic ruling model invented especially for Karan Johar movies…By the way, Hindustan thugs earned around Rs 280 crore worldwide and budget was also around Rs 280 crore… Lekin didn’t spend them on PR machines Nahi with the new KJo models, no movie will ever flop.”

Speaking of Vivek Agnihotri’s tweet, he banned posts on Monday about Ayan Mukerji’s film beating his own, writing: “Hahahaha. I don’t know how they beat #TheKashmirFiles…with sticks, rods, hockey…or AK47 or stones… Or with paid PR and influencers? Let Bollywood movies compete with each other. Leave us alone. I’m not in that stupid race. Thanks.” 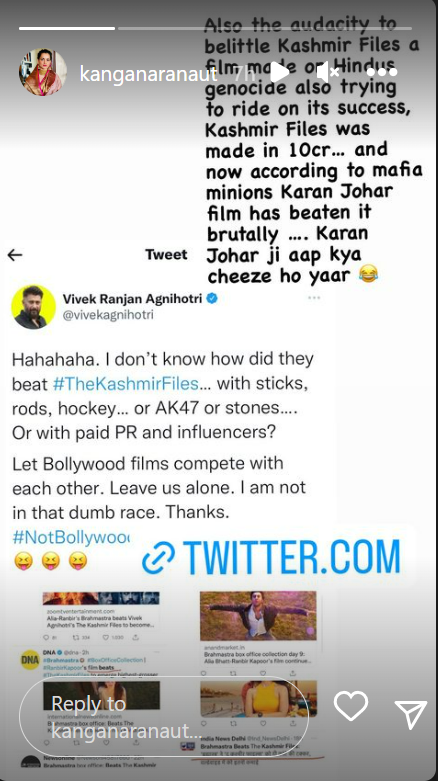 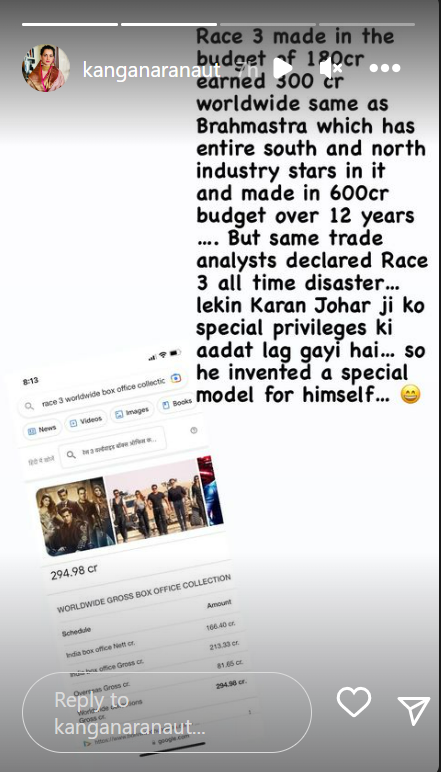 On Monday, director Ayan Mukerji took to Instagram to announce that the film had crossed the 300 crore INR mark worldwide, and to celebrate the milestone, Ayan wrote: “BRAHMASTRA Part One is 11 days old today, and on this Monday ( day of Shiv) giving off some good pure energy for… What the movie has accomplished so far!” He also revealed that he has already started work on the second part of the film – Brahmastra Part II: Dev.