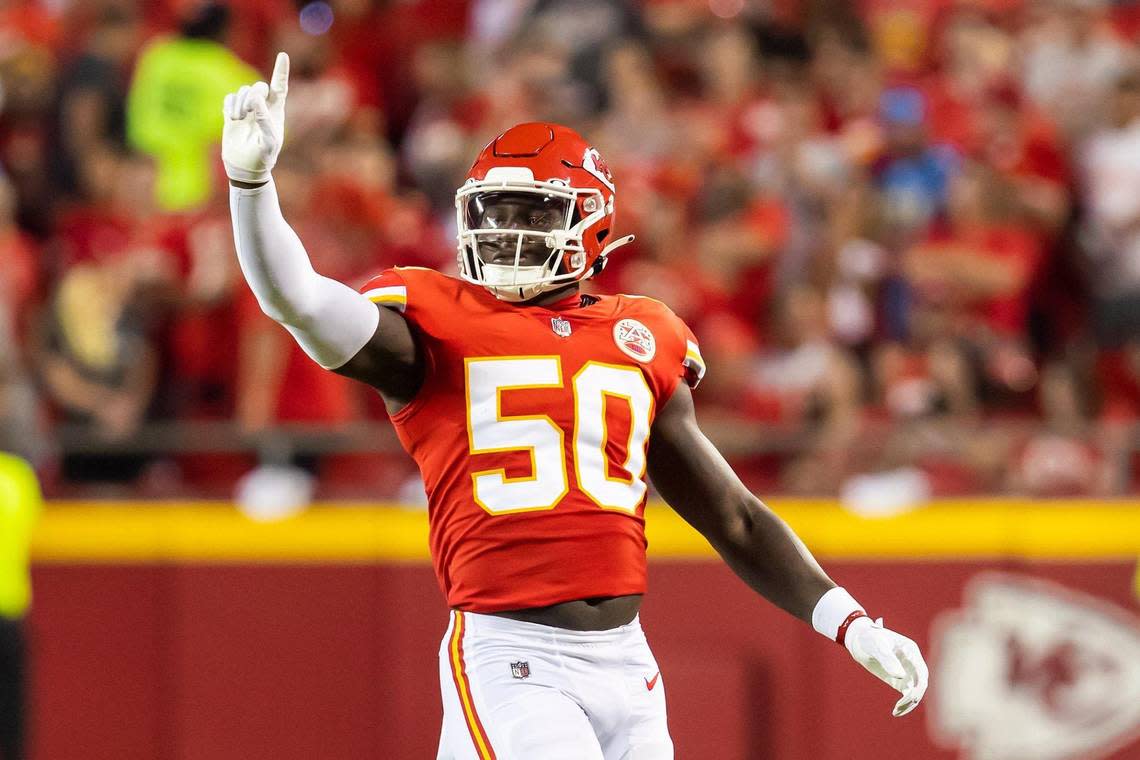 Linebacker Willie Gay Jr. of Kansas City Chiefs has been suspended for the next four games without pay for violating the NFL’s Personal Conduct Policy.

Gay was arrested in Overland Park on January 20 and charged with criminal property damage totaling less than $1,000. A vacuum cleaner was included in the damaged home.

An NFL spokesperson confirmed to The Star that the four-game suspension for the incident is in January.

The third-year pro agreed to undergo mental health care in June as part of a diversion agreement. The agreement also requires Gay to submit to the Johnson County District Attorney’s Office at any time for drug and alcohol testing for a period of 12 months. He must also pay restitution, costs and fees totaling $544.50.

Gay will miss the next four games against the Indianapolis Colts, Tampa Bay Buccaneers, Las Vegas Raiders and Buffalo Bills.

According to the NFL spokesperson, he will be eligible to return to the Chiefs’ active roster on Monday, October 17.

Gay’s loss is a major blow to the Chiefs’ defense.

Gay opened the season as a starter alongside sophomore linebacker Nick Bolton, and the Chiefs relied heavily on the young duo to help anchor the defense.

The Chiefs activated linebackers Elijah Lee and rookie Jack Cochrane from their practice squad last week. With Gay out for the next four games, the Chiefs will rely on Bolton, Lee, Cochrane, Darius Harris and rookie Leo Chenal.

In two games, Gay’s 16 tackles are level with cornerback L’Jarius Sneed for second on the team. Bolton leads the Chiefs with 20 tackles.

Jesse Newell of The Star contributed to this report.