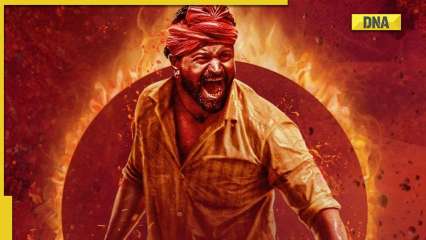 In the climactic action sequence of his most recent movie, Kantara, Rishab Shetty has admitted to dislocating both his shoulders during filming. One of the biggest movie hits of the year was Kantara, and the battle scene finale received particular acclaim. The film is both directed and starring Rishab.

Speaking to IMDB, Rishab said, “The sequence was very difficult because it was a single shot with 360-degree shots and rain effect. And it was difficult to carry water to that place. So we asked the villagers there if we could draw water from the well there. The shoot lasted 6 to 7 days and we used the water from there. By the time the shoot ended, the well had run out of water. It was quite hectic.”

The film has collected over Rs 400 crore at the global box office and has become the sixth Indian film to reach this milestone after RRR, KGF Chapter 2, Ponniyin Selvan I, Brahmastra and Vikram.

The Bharat Express News - December 9, 2022 0
Meanwhile, Employment Minister Guy Opperman said the pair are "completely irrelevant" to the progress of the UK and the royal family. He told TBEN Question...