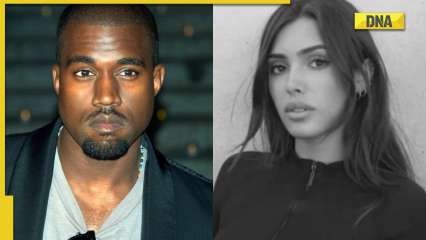 Famed rapper Kanye West, who changed his name to simply Ye in August 2021 with no middle name or last name, has reportedly married Bianca Censori in a private ceremony, two months after his divorce from Kim Kardashian was finalized in November 2022.

The report said, “You wore a wedding ring this week when he and Bianca arrived at the Waldorf Astoria in Bev Hills — and we’re told the ring symbolizes his commitment to her after the ceremony.”

For the inexperienced, Kim and Kanye were married for nearly seven years after they tied the knot in May 2014 before filing for divorce in February 2021. The couple shares four children together namely North West, Saint West, Chicago West and Psalm West. The latter two were born through a surrogate.

Speaking of Bianca, she works as an architectural designer at Yeezy, the fashion collaboration between Kanye West and German sportswear brand Adidas.

After Kanye released a song titled Censori Overload last month, the rapper was rumored to be dating a “mysterious woman,” and now we know the song’s title is a pun on his wife’s last name. Ye and Bianca were also spotted having a meal in Waldorf earlier this week.