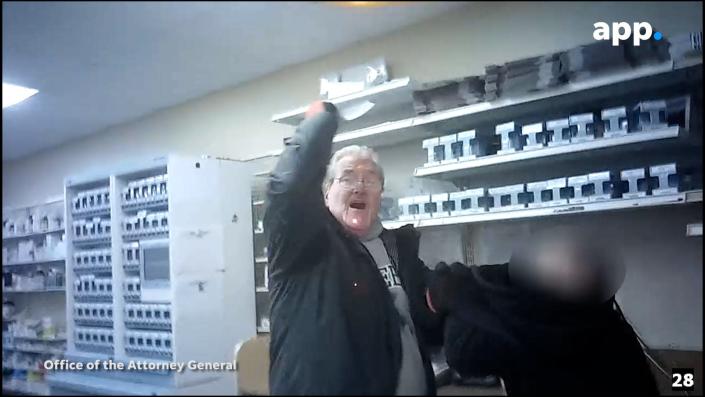 Keansburg Pharmacy, located on the main street of the nearly 10,000-resident borough of Keansburg, was sent into an unforeseen whirlwind on Jan. 6, when a man with a knife held workers hostage, triggering a frenzy of panic and a flurry of 911- to call to action.

The workers got out physically unharmed and the alleged attacker was killed after attacking an officer with his weapon, security footage released.

On June 3, four officers responded to the hostage situation: Patrol Officer Jillian Putkowski, Lieutenant Dennis Valle, who was stabbed and sustained multiple gunshot wounds, Detectives Richard Johnson and Christopher Rogan were among those to receive gallant awards from the 200 Club of Monmouth County, a organization that provides financial support to officers injured on the job.

A pharmacy employee said “the agents certainly deserve what they get,” while refusing to be interviewed further, saying “nobody here wants to relive that day.”

“They deserve and have earned our utmost respect and appreciation,” said Benjamin J. Lucarelli, president of the 200 Club’s Monmouth County Branch. “These fine men and women have served with distinction and we recognize their heroism and dedication to the community.”

Burn victim:Boy badly burned in Long Branch after dousing himself with disinfectant for video

A murder suspect pretended to turn himself in and then, holding a baby, opened fire on the officers.

The suspect was killed by the officers, but the two-week-old child was rescued unharmed.

In addition to the awards for bravery, the organization honored more than 30 first responders with merit.

The 200 Club of Monmouth County has been helping local first responders and their families since the 1970s.