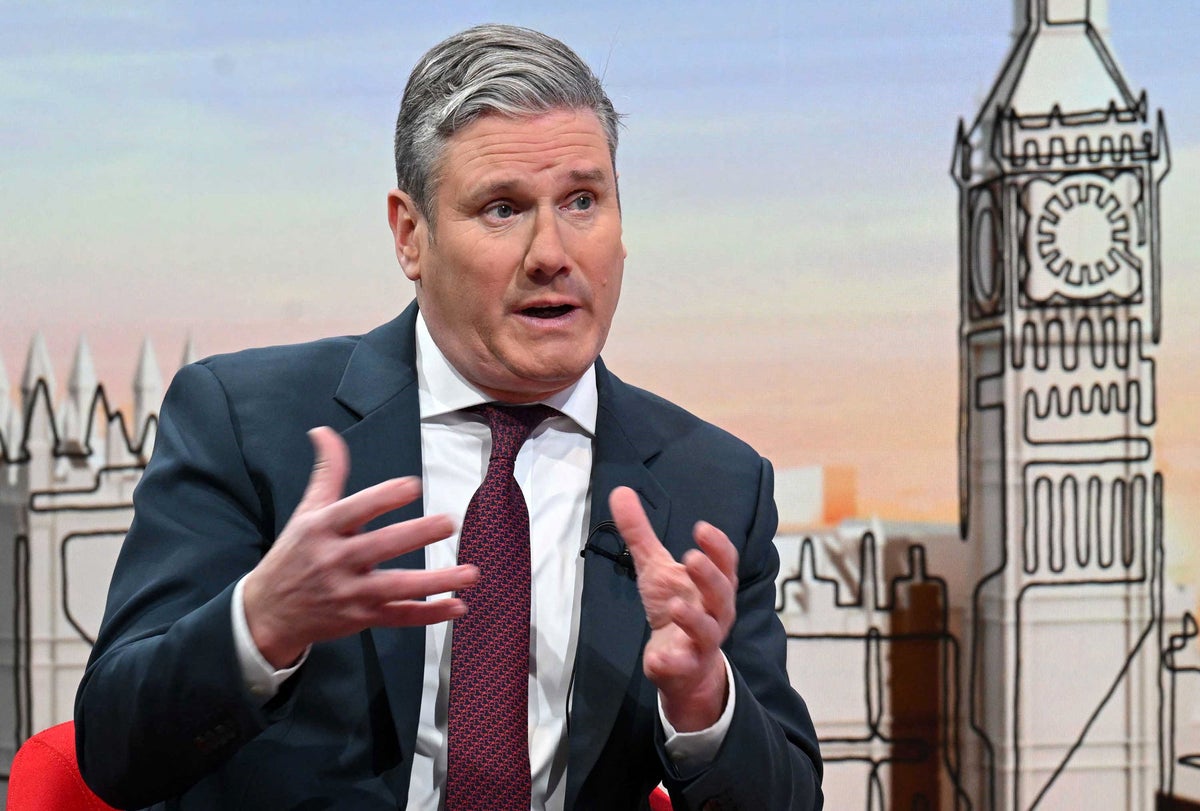 Sir Keir Starmer has faced a backlash over plans to crack down on “bureaucratic nonsense” in the NHS as the Labor leader risks a deeper row within his party over his bid to win the Center ahead of the general election.

The opposition leader said inefficiencies in the NHS were causing a “staggering waste of time” and said he wanted to allow patients to bypass GPs and refer themselves to specialists.

Despite Sir Keir’s insistence that he does not want to privatize the NHS, unease is growing among left-wing MPs and activists at his call for greater use of the private sector and his claim that healthcare cannot be saved with a “big government”. cheque book”.

A leading Labor MP on the left of the party said many wanted a pledge ahead of the next election for a “very significant cash injection” for the NHS from Sir Keir – a warning against any “further privatisation”.

ALSO READ  Rishi Sunak's gray revolution in No. 10 gives us a glimpse into his soul

The former frontbencher told TBEN: “The front bench of Labor needs to be cleaned. Will they make large-scale investments and pay the staff what they earn, or not?”

Some in the party are also angry about student tuition fees after Sir Keir again failed to rule out a reversal of the pledge to abolish tuition fees introduced by the Tory-Liberal Democrat coalition.

Coll McCail, a member of the executive of campaign group Momentum, said Sir Keir’s continued refusal to stick to his pledge to abolish them was “deeply worrying” and that reneging on the pledge would be “hypocritical” .

Momentum, the group formed after Jeremy Corbyn became leader, called on Labor to “end the punitive regime” where people’s payments are stopped if they don’t play by the rules.

On Sunday, Mr Starmer said he wants Labor to be “courageous and courageous” in reforming the NHS, but denied any suggestion he was moving towards privatization of the health care system.

Sir Keir said Labor would try to get rid of the “bureaucratic nonsense” as he outlined plans to gradually introduce a new system for GPs, which would turn GPs into direct NHS employees. “If we don’t take reform seriously, the NHS will die,” he wrote in the Sunday Telegraph.

Mr Starmer also suggested that improvement should mean that people with back problems – or those suffering from internal bleeding – can refer themselves. “If you have internal bleeding and you just need a test, there should be a way where you don’t have to go to the GP,” he told the TBEN.

‘We are looking at the options’: Keir Starmer refuses to confirm whether PvdA will scrap tuition fees

He told Sky News’ Sophie Ridge on Sunday: “I met with Wes Streeting this week and we had to agree that we disagree that he doesn’t understand common practice. The GPs are one of the most efficient and effective parts of healthcare in the way they manage risk – they are fantastic at it.

Leading NHS campaigner Dr Rachel Clarke said the suggestion that patients could “self-refer” to specialists with problems without the involvement of GPs was “so monumentally stupid and offensive on multiple levels that I hardly know where to start”.

“These attacks on general practice and the dismissal of the GP’s role as a bureaucratic waste of time betray a spectacular ignorance of how healthcare works,” Dr Clarke tweeted. “Skillful triage [by GPs] is essential.”

The Socialist Health Association said Labor offered “bromides and dangerous bogus solutions” when the NHS needed more money. “The emphasis on private sector involvement in the NHS will do nothing but accelerate a two-tier health system – one for the wealthy and one for the rest of us,” a spokesman said.

But shadow culture secretary Lucy Powell rejected the idea of ​​a rift over NHS reform and the use of the private sector. She said TBEN that the shadow cabinet agreed with the need to “ensure that we can use all the capacity we can get our hands on” to reduce record waiting lists.