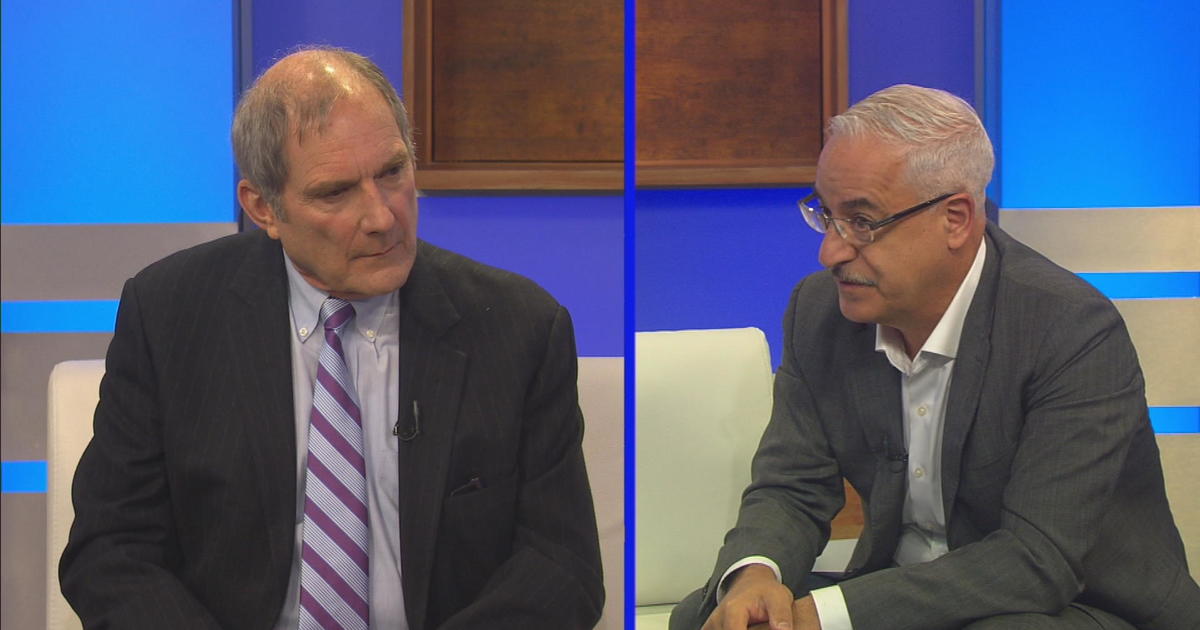 Question 1 on the Massachusetts ballot would introduce an additional 4% income tax on annual taxable incomes of $1 million or more — an income level that would be adjusted annually to reflect the rise in the cost of living. The revenues from this tax would, subject to appropriation by the state legislature, be used for public education, public schools, and for repair and maintenance of roads, bridges and public transportation. If approved, it would come into effect next year.

Jon Keller brought in two experts to discuss the details of Question 1: Steve Crawford, communications director of Fair Share Massachusetts, and Jim Stergios, executive director of the Pioneer Institute. The following answers have been edited for clarity.

Keller: C comes before S, so I’ll start with you, Steve. You feel this is necessary, why?

Crawford: No one is saying we need more money in this state for education and transportation. Our higher education system has been divested for the past 20 years. Children coming back from the pandemic don’t have enough teachers in the classroom. Many children in gateway cities attend schools that are 100 years old. We have nearly 650 bridges in urgent need of repair, these are structural repairs, we’re not just talking potholes. So what question 1 would do is ask the richest in our state to pay a little bit more, if you make more than a million dollars a year you would pay a little bit more that money would be spent on transportation and education – Constitutionally committed to go to those ends.

Keller: Jim, you feel it’s not necessary. Why not?

Stergios: I would ask the viewers to think about it both in the short and long term. In the last 12-13 years we have doubled our budget, we spent $53 billion last year and our budget has increased by 10%. I don’t think there are that many people in Massachusetts who feel like their income is increasing 10% so fast in one year that they could have extra income that they could spend. Last year we had a $5 billion surplus due to economic growth. Same for the year before. We have billions of unspent COVID funding from the federal government. In education there is a special pool, over a billion dollars has not been spent, we have spent only a fraction of it. We have the resources to do what we want to do. And in fact, this proposal, while it’s on paper, what you’re reading is exactly how it’s worded, the Attorney General himself argued in 2018 that it’s just a tax, it doesn’t go to education and transportation.

Crawford: That’s just not said at the hearing, which the opponents lost in the Anderson vs. healey. What Justice Kafker said at that hearing is yes, it is dedicated to transportation and education. You can go back and check the tape. It’s dedicated. It’s no different from other special funds we have, like the gas tax, except it’s in the constitution. It is that nothing can be changed about that.

Stergios: What the Justice Department has said is that the subject of appropriation means that voters understand that the legislature can dispose of the revenue any way they want. In 2018, before the Massachusetts Supreme Court, the attorney general’s argument and her written argument clearly say this is a tax. That’s all it is, it’s not guaranteed to go to education or transportation. The legislator has the power to do so. And in conclusion I would like to say that the legislator had twice the opportunity to earmark funding for education, transport, there are two amendments that they voted out, twice four to one. It’s not a small margin. They said we wouldn’t put it there.

Keller: Can the legislature take or not take this money and spend it on something that has nothing to do with education or transportation?

Crawford: Money raised by this tax? No, they can’t.

Stergios: The money from this tax goes to education, transportation, but the legislature is fully able, fully empowered to divert the money that is currently being spent, there is 18 billion, this brings up to about one and a half billion, they can forward that money to other purposes. That’s what happened in California, and many other states that have done this. Those two amendments they rejected make it very clear, that’s what the legislature intends to do.

Watch part two of the debate:

Scammers have seized student loan forgiveness. This is how you avoid them