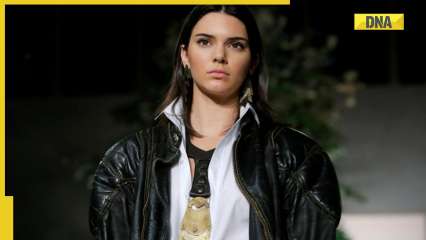 On the latest episode of The Kardashians, she revealed that she had to pee in an ice bucket while on her way to the Met Gala. “I have to take a sip of water and I have to pee. No one judges me,” Jenner told her entourage of aides and helpers in a sprinter van, according to Page Six.

ALSO READ  ‘The Kardashians’ Season Finale Is a Boring Disaster

The 27-year-old initially laughed at the idea of ​​using an empty ice bucket, but eventually decided to go for it. “That’s so scary for whoever will have to deal with my pee later. I’m so sorry,” she said. Later that night, one of the crew jokingly asked if she could sell the urine, and another assured her that peeing in a bucket is a typical occurrence for performers at concerts.

However, it’s unclear which hapless team member ended up with the dirty work later that night. According to Page Six, Jenner asked someone to turn on some music as she pulled up her skirt to place the bucket under her, later admitting that her heavy, billowing black dress left her breathless when she first got into the van .

“Prada, I’m so sorry!” she said before admitting to accidentally peed on her feet. Jenner admitted that using the restroom in the van was the “best decision” she’d ever made. “I don’t know what I would have done when I came in,” she admitted.

At the event that night, Jenner wore a sheer black crop top and bleached her eyebrows, while mentioning in the episode that she looked “otherworldly.” The Met Gala, she noted, was the perfect opportunity to just go for it and try something new, according to Page Six.

Walk or look: our critic sticks to ’emancipation’