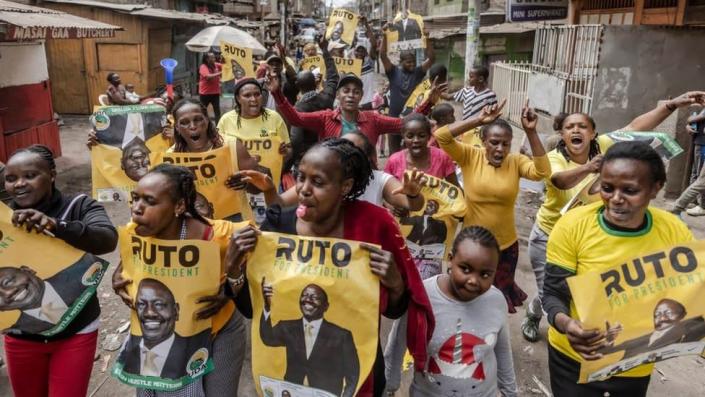 Vice President William Ruto, one of Kenya’s most controversial politicians, will be in a strong position when he takes on the presidency, knowing he has the seal of approval from the electorate, backed by the country’s highest court.

The Supreme Court confirmed his victory in the August 9 election, with a unanimous verdict that left no doubt that he defeated his main rival, Raila Odinga, in a free and fair contest.

The verdict is proof that Kenyan courts are independent and will protect democracy – just as they did in the last election in 2017, when they made the unprecedented decision to annul President Uhuru Kenyatta’s victory after a challenge from Mr. Odinga.

This time, the judges not only threw out Mr Odinga’s case, but they also sanctioned his legal team, saying the court had been sent on “a wild goose chase”.

Political analyst Javas Bigambo told the TBEN the legal process had boosted democracy in Kenya, proving that “in the end, the people decide who their leaders are”.

Mr. Odinga will now be under pressure to congratulate Mr. Ruto on his win. This would bolster his reputation as Kenya’s “father of democracy” rather than coming across as a sore loser.

But his defeat is a political tragedy for him – and his supporters.

Odinga led the campaign to end the one-party regime in the 1990s, but he never reaped the benefits of his fight to become president, having lost in five elections.

In this, his story mirrors that of his father, Jaramogi Oginga Odinga, Kenya’s first vice president, who also failed to become president despite the role he played in the campaign against British colonial rule.

Mr Odinga’s supporters had hoped that the family’s contribution to the nation would finally be recognized with his elevation to the presidency in the August 9 election. The 77-year-old had previously said this was his last power grab.

“Fate has locked him in the same circles as his father. But he has undoubtedly contributed greatly to improving the electoral process and strengthened his significance in Kenyan politics,” Bigambo told the TBEN.

While Mr Odinga could argue that previous polls were illegitimate, he cannot with the August 9 poll, as Chief Justice Koome was emphatic – there was no evidence that the result was being manipulated in Mr Ruto’s favor.

She also seared her views on the four electoral commission members who rejected the result, pointing out that they had created needless “drama” just before the election commission chairman, Wafula Chebukati, announced the result.

“Should we nullify the outcome of an election on the basis of a last-minute governance break, details of which remain scarce?” the judges asked, adding that annulling the result would be tantamount to disrupting the sovereign will of the people.

Mr Bigambo said the verdict indicated that teamwork in the electoral body was important and that infighting gave the committee a bad image.

The verdict will surely come as a huge relief to Mr Chebukati, who can proudly say that he held a successful election and withstood the pressure not to declare Mr Ruto the winner with 50.5% of the vote. against Mr Odinga’s 48.8%.

In his speech shortly after the verdict, Mr Chebukati said it was a “testimony that the commission conducted free, fair, transparent and credible elections in response to the democratic aspirations of the people of Kenya”.

Ruto had been magnanimous in his August 9 victory speech, saying he will strive to unite the nation after an election that had polarized the nation, but he also referred to a “deep state” that had tried to prevent him from taking off. to the presidency.

Ruto did not identify who or what the “deep state” is, but it will come as no surprise if he carries out a purge of senior government and security officials loyal to outgoing President Uhuru Kenyatta.

Mr Kenyatta took the extraordinary step of supporting Mr Odinga for the presidency and said Mr Ruto could not be trusted in a high office.

It sparked a massive quarrel between the two men, raising the question of whether there will be a smooth transfer of power.

“This gives influence to future presidents to be careful about who they prefer as their successor. Uhuru has a bad taste in his mouth,” said Mr. Bigambo.

But the court ruling makes it clear that Mr Kenyatta’s power has declined – and Mr Ruto is Kenya’s undisputed president-elect.

In his speech following the court ruling, Mr Ruto took an indirect swipe at Mr Kenyatta, but was also conciliatory.

“I haven’t talked to him in months… I know he’s worked hard in his own way,” he said with a laugh.

“I take no offense that he decided to choose and support someone else and that is why we will remain friends,” he said, adding that he would call the president to discuss the transition.

His success was due to the fact that he portrayed himself as a “hustler”, fighting the attempt of two political dynasties – the Odingas and Kenyattas – to stay in power.

His campaign struck a chord with many poor TBEN, including the young. He will now have to deliver on his promise to improve their lives – no easy task at a time when Kenya, like many other countries, faces a crisis in the cost of living, massive unemployment and mounting public debt.