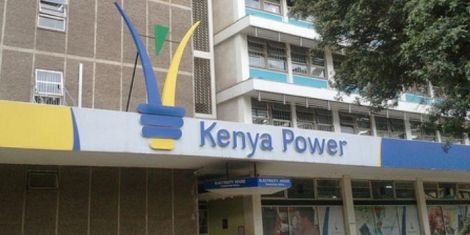 TBEN are bracing for higher electricity bills should a new tariff review by Kenya Power get a nod of approval from the Energy and Petroleum Regulatory Authority (EPRA).

The new tariff proposes doubling electricity costs for users who consume more than 30 units per month; meaning they would pay Ksh21.68 Kilowatts per hour (kWh) as opposed to the current Ksh10kWh.

The move, according to the utility, is aimed at generating more revenue as Kenya Power relies on more sales.

“To achieve this broad mandate, there is a need for a retail electricity tariff that is fair and reasonable to enable Kenya Power Company to maintain its financial integrity, raise capital, operate efficiently and compensate investors for risks taken .”

“The rationale of this retail rate review is to incorporate changes in the cost structure of the electricity subsector and update key assumptions with the aim of providing adequate revenue requirements for the sector,” the partial statement read.

The introduction of a Ksh14kWh tariff for individuals consuming less than 30 units in a month marks a 40 percent increase. On the other hand, customers using more than 30 units could see the increase as high as 117 percent.

Prices for commercial and industrial customers would also be affected as they would pay Ksh16.48 per unit for consuming more than 15,000 units per month. This represented a 37 percent increase from Ksh12.

The consumption charge also rose to Ksh1,100 per kilovolt-ampere (kVa) as opposed to the current Ksh800.

“Under section 165 of the 2019 Energy Act, which provides for variation of effective rates and rates charged to consumers for the supply and consumption of electricity, KPLC is assuming approval of a multi-year retail rate application due in April of going into force in 2023,” said Kenya Power.

EPRA, which has the authority to set, review and adjust electricity tariffs, invited the public and stakeholders to share their views on the proposed tariffs on Wednesday 25 January.

Upon approval, the new rates will apply for a period of three years.