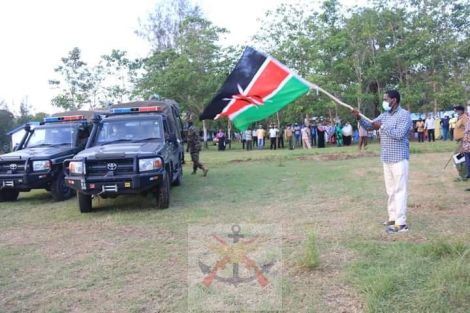 The Bug Picture, a Kenyan start-up presented by the international press agency Reuters, on Monday February 22, for turning locusts into animal feed and organic fertilizer.

The start-up revealed that locusts are first harvested, crushed, dried and then ground into a powder which is then processed into protein feed for animals.

Albert Lemasulani, field coordinator at The bug image, revealed that locusts are harvested at night because it is impossible to harvest them during the day when they are active.

“The biological behavior of locusts is that they begin to rest in the evening from 6.30 pm to 8 am. Alternatively, they can sleep from 8 pm to 9 am, ”said the field coordinator.

He added that the harvest begins as early as 5:30 a.m., when the locusts are asleep and cannot move.

“We normally try to start as early as 5:30 am because they are sleeping, they are weak and they cannot move. They can simply be plucked or the trees can be shaken and the locusts collected. It is easier for them to collect. You can’t pick up locusts during the day because they keep flying, ”he added.

Once the locusts are collected from the local communities, the crushing process is completed, then they are dried and crushed. In the grinding process, locusts are turned into powder and then packaged.

The formulation process then begins where the locust powder is added to other components to form animal feed and organic fertilizers for farms.

“Locusts have about seventy percent protein. It therefore replaces the most expensive part of animal feed, which is protein, ”Lemasulani added.

The inhabitants receive 50 Ksh for a kilo of locusts collected and this has become a source of income for them.

The startup harvested a point three tonnes of locusts between February 1 and February 18 of this month. It targets swarms of five hectares or less, especially in populated areas that are not suitable for spraying. 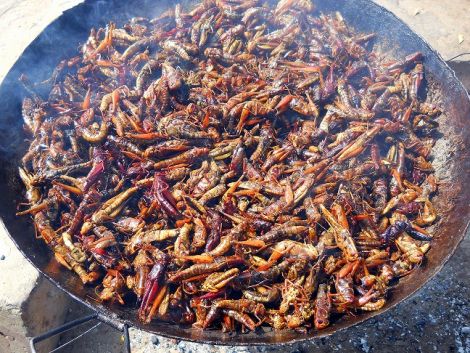 A pan filled with grasshoppers.