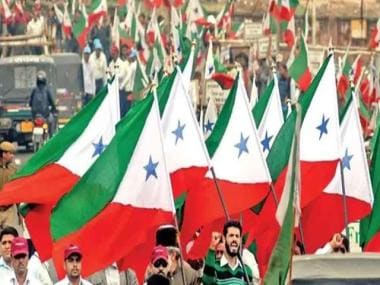 The National Investigation Agency (NIA) leads a group of agencies that raided the offices, homes and other sites of the Popular Front of India (PFI) on Thursday in retaliation for allegations that the organization supported terrorist activity across the country.

In addition, the group demanded a hartal in the southern state from dawn to dusk Friday to demonstrate their vehement opposition to the central agencies’ action. In a statement published here, the PFI state commission noted that the arrest of the leaders was the result of “state-sponsored terrorism.” “On Sept. 23, a heartfelt will be seen in the state against the RSS-controlled fascist government’s attempt to silence dissenting voices using the central agencies,” said A Abdul Sathar, general secretary of state, PFI .

Kerala | The Popular Front of India (PFI) is calling for a one-day state strike on September 23 over NIA raids and the arrest of some of its leaders.

ALSO READ  PM-GKAY: The fate of the world's largest free food program rests in the hands of PM Modi

As news of the early morning searches spread, PFI workers staged marches to the sites of the raids and chanted anti-Centre and anti-research agency slogans. However, to strengthen security, central troops were already stationed at all such locations.

Protest marches were held in almost every district, including Thrissur, Kollam, Kottayam, Ernakulam and Kollam, according to a PFI source. According to local media, all leaders and workers detained statewide would be transported to the NIA office in Kochi.

ALSO READ  The government classifies some tranquilizers and painkillers as narcotics

Social Democratic Party of India (SDPI) state president Ashraf Maulavi said the home of an SDPI leader living in Thrissur was also searched. He said at a press conference held here that those adhering to the country’s constitution should anticipate such fascist action being taken against them in RSS-ruled India.