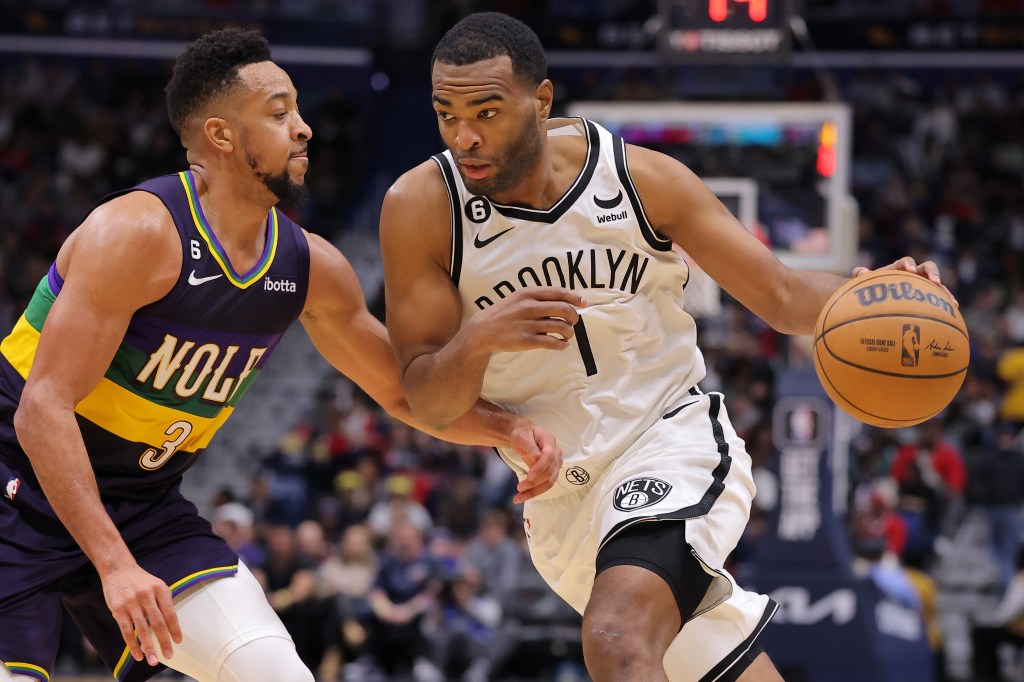 The Nets have no intention of deviating from their tentative plan with TJ Warren or straining his minutes just because Kevin Durant is sidelined with a knee injury.

Warren averaged 19.9 minutes per game in 16 appearances after missing most of the previous two seasons due to a foot injury suffered with the Pacers in 2020.

“Again, I said from the start, it’s about keeping TJ healthy through the end of the year. Do I see him play for 40 minutes? No, that’s not going to happen,” said Nets coach Jacque Vaughn after Wednesday’s practice. “We’ll continue to see how we’re going to manage the rotations – who starts, who’s the first sub, what the second group looks like; that all changes.

Durant is expected to miss several weeks with a sprained MCL in his right knee that he suffered in Miami on Sunday. Yuta Watanabe, Cam Thomas and Markieff Morris could also see bigger roles in his absence depending on matchups, Vaughn said.

Ben Simmons only averages 7.7 points, but he leads the Nets in assists (6.0) and steals (1.4) per game. He is also tied with Durant for second on the team in rebounding with 6.7 per appearance.

When asked what the next step is for the three-time All-Star progression, Vaughn replied, “So the next step is to play every possession with force. The beginning of an asset all the way to its end, so that becomes a habit that you keep consistently [do] from possession to possession and game to game. The pace he’s going to create for us, the easy shots he has to create for us because of the pace, it’s a necessity. And [I’m] looking forward to it…because we definitely need that now that Kevin is gone.