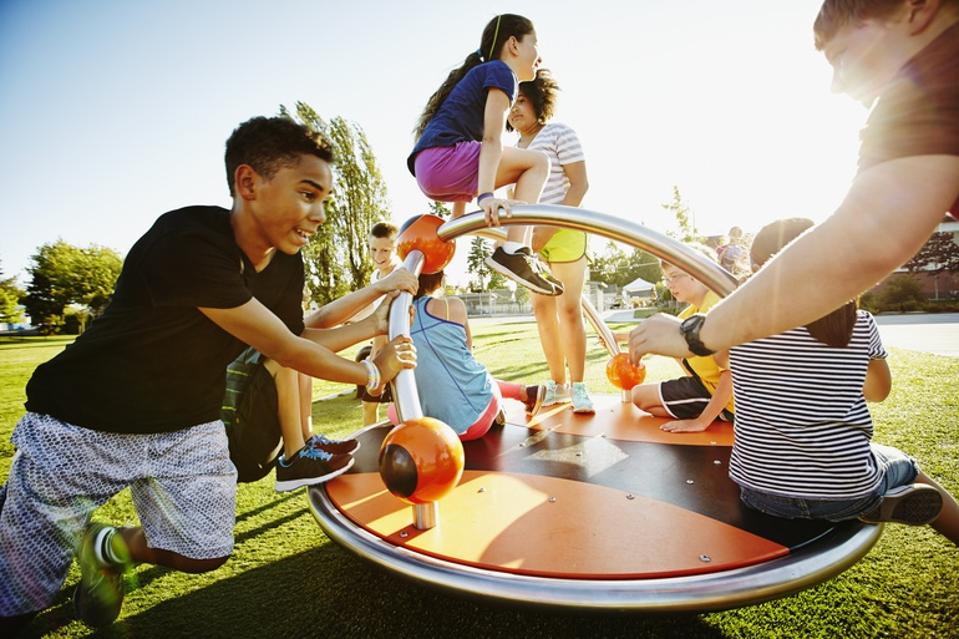 From summer schools to extended days, as full-time education becomes a possibility again, plans are underway to address learning loss through lockdown.

The arrival of effective vaccines promises a return to regular schooling for millions of children around the world who have suffered almost a year of disruption in their education.

Now the focus is on how to help them make up for the lessons they missed and the learning they lost.

In the United States, school districts are expected to devote 20% of their aid to addressing “learning loss” through programs such as summer schools, as part of a $ 129 relief program. billion dollars currently submitted to Congress.

Atlanta is one of many districts considering mandatory summer schools, with Superintendent Lisa Herring citing the “need” to keep students in class.

Across the Atlantic, Boris Johnson’s government today announced an education boost program with funding for summer schools and additional tutoring for children who have fallen behind.

There are a number of practical issues that hinder this approach. One is that the children most likely to benefit from additional education are the least likely to participate.

Research on summer schools by the UK charity Education Endowment Foundation (EEF) found that less than half of the students in the target group attended.

Analysis of studies conducted by the EEF in the United States and the United Kingdom also revealed that, to be effective, summer schools must be intensive, adequately resourced, and clearly study-oriented. Even then, the gains were small and summer schools did not prove particularly profitable.

While mandatory attendance under Atlanta’s proposed approach may solve the attendance problem, there remains the question of who would be the staff of these summer schools.

After more than 12 months of struggling against distance education, many teachers are reluctant to appreciate the prospect of giving up their summer vacation to run summer schools.

And in their absence, there is no sign yet of the army of reserve teachers who would provide the expertise summer schools need to be effective.

Another option is private lessons or in small groups. This offers the prospect of greater learning gains, according to EEF studies, although it is a relatively expensive intervention.

But all of this masks the real effect of the lockdown on children and youth – that the greatest loss has not been to their learning, but to their well-being.

Children have lost their education and the loss has been uneven. Students in schools and homes with sufficient resources were better placed to benefit from distance education. Some children may never make up for this loss.

But the impact of this loss is less than the impact on young people’s friendships, their social skills and their mental health.

Children need to catch up with their friends, not their lessons.

According to a study published in The Lancet earlier this year, the incidence of probable mental health problems in children aged 5 to 16 increased dramatically during the early stages of the pandemic, from about one in 10 ( 10.8%) in 2017 to almost one in six (16%) last year.

More than a quarter reported trouble sleeping, and one in 10 children and young people said they were alone often or always.

Earlier this week, the British Psychological Society warned that talking about loss of learning represented an “unnecessary narrative” that could put unnecessary additional pressure on children and young people.

Instead, he said the focus should be on supporting children through socialization and play.

To add to the backlash against summer schools, a group of academics in England calling themselves PlayFirstUK earlier this month pleaded for a ‘play summer’ to help children recover from the stress of school. last year.

Children learn so many skills through play that will come in handy later in life, whether it’s negotiating with other kids, regulating their emotions, or using their imaginations to invent new games.

Children should also spend time outdoors. Many children have been homebound for much of the past year, and sitting in a classroom during the summer is the last thing they need.

And, as PlayFirstUK has recognized, the ability to socialize and play with other children has a positive impact on learning and achievement.

It is easy to understand the pressure exerted by policy makers to ensure that disadvantaged children do not find themselves further behind due to the pandemic.

But instead of trying to get kids to meet the goals set by adults – many of which are arbitrary anyway – we should recognize that there are more important things.

After everything they’ve been through in the past 12 months, kids don’t deserve to spend their summers in a classroom, they deserve a break.

The roots of the conspiracy theory

Create equitable development programs: it is not a diploma or a diploma. Short credentials – it’s both

The future of voting rights