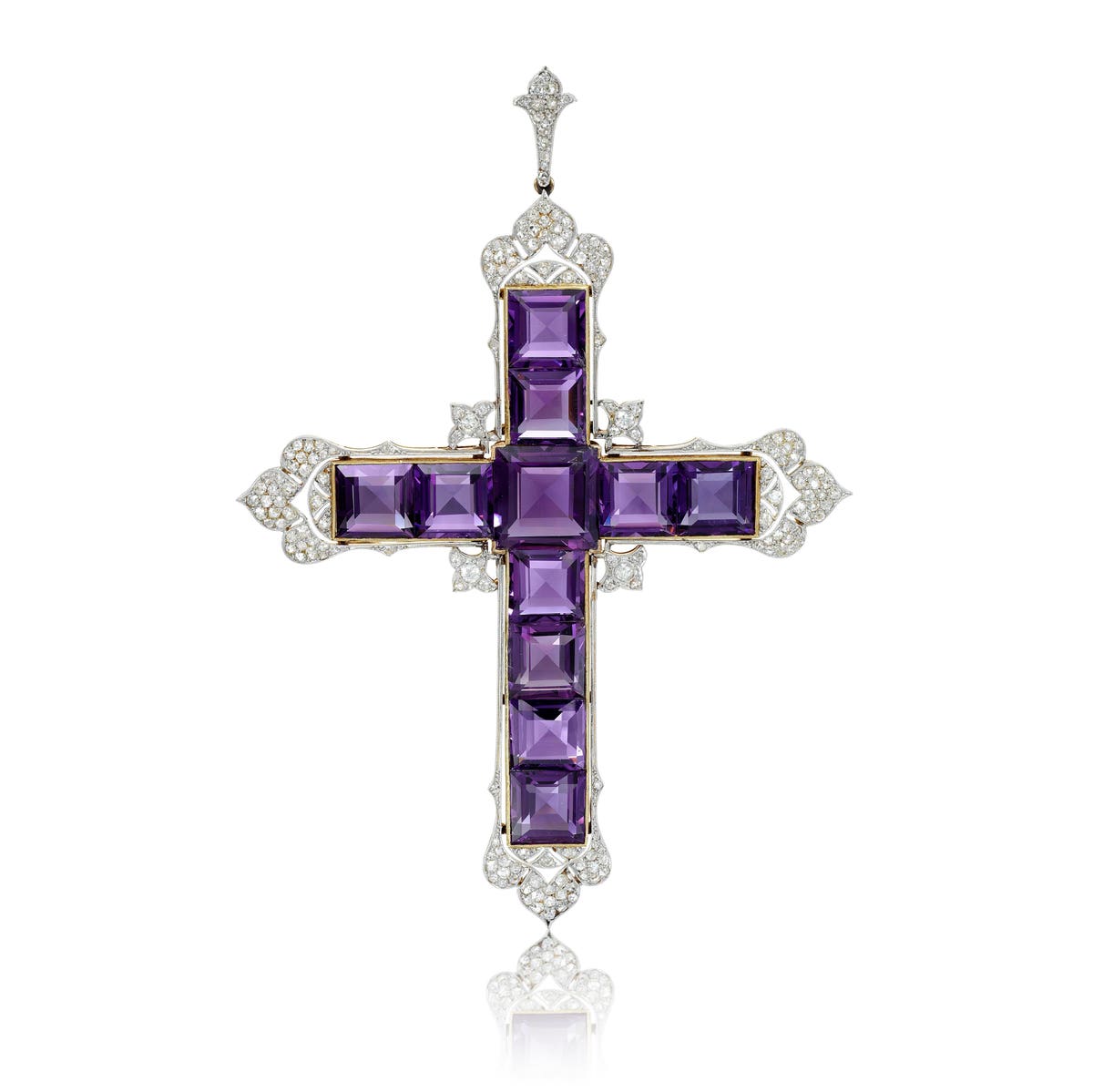 Kim Kardashian placed the winning bid for the Attallah Cross at Sotheby’s London Royal and Noble auction which closed on Wednesday. The bejeweled pendant was worn at least once by Princess Diana.

Four collectors competed for the amethyst during the last five minutes of the online auction of historical objects from royal and noble families, Sotheby’s said in a statement. In the end, a Kardashian representative won the piece, paying well over the high estimate of $144,400.

The Attallah cross in the fleurée style – distinctive for its flowery design details – is a pendant created in the 1920s by court jeweler Garrard, who is said to have admired Princess Diana. The only documented instance of her wearing the cross was in October 1987 at a charity gala in support of Birthright, which works to protect human rights during pregnancy and childbirth. She wore the pendant with a pearl cord. It was paired with a Catherine Walker dress.

The cross was owned by the former CEO of Asprey & Garrard, the late Naim Attallah. It is believed that through his friendship with the late princess, Attallah lent it to her several times over a number of years to wear at events, Sotheby’s said. It is also believed that Princess Diana was the only person to ever wear the jewel and it was never seen in public again after her death.

The cruciform pendant is believed to be a one-time private commission from Garrard for one of his regular customers. It is set with square-cut amethysts and accented by circular-cut diamonds. It has a total diamond weight of approximately 5.25 carats and measures approximately 136 x 95 mm.

Princess Diana had a long-term relationship with Garrard. In 1981, she chose her engagement ring from the luxury jeweler. Over the years, she would team up with Garrard and wear pieces from the jewelry house on many occasions, including after her divorce. In her last public appearance, she wore what has come to be known as the Swan Lake Necklace, a diamond and South Sea pearl necklace that Garrard made in collaboration with her.

It was the top lot of Sotheby’s Royal and Noble auction, which was held January 6 – 18. It contained an eclectic group of items, including furniture, ceramics, and decorative pieces.

Hemp products are on the rise, but expert warns of misleading labels

5 natural herbs that help you sleep: Ashwagandha, chamomile and more