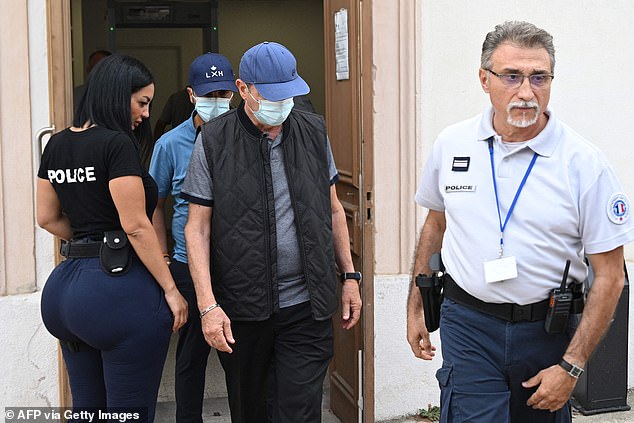 The thick blue line! French Policewoman Who Looks Like Kim Kardashian Has People Begging To Be Arrested After She Was Seen On TV Counseling Killer French Dentist

A millionaire dentist and his father have been jailed in France for performing thousands of unnecessary procedures – but they are not the ones making headlines.

Instead, the internet’s attention is focused on the cop leading Lionel Guedj and Father Carnot into court and her Kim Kardashian-esque behind.

ALSO READ  Queen Elizabeth's Funeral Plans: When and Where It Takes Place, and Who's Invited?

“We need to get to the bottom of this,” one observer joked, while another wrote that she “has days back up” – amid many jokes about “police bootality.”

Others considered resorting to crime to meet her, writing, “Somebody tell me this district, I must be arrested.”

Some even began to question whether the officer was real, or had in fact been Photoshopped to get attention.

But internet sleuths soon discovered a video of her leading the Guedjs into court and confirming that she is real.

“Does anyone know her?” user rafael6969 asked Reddit. “I’m still watching,” was the reply.

Once in court, 41-year-old Guedj was sentenced to eight years in prison for carrying out unnecessary procedures on thousands of poor patients in Marseille.

From 2006 to 2012, he saw up to 70 patients a day and rushed root canal treatments on patients who came for fillings.

He would then reclaim the money through Social Security, raising millions of pounds a year.

At the height of his malpractice, he was Europe’s highest-earning dentist – taking home £2.9 million in 2010.

The court heard that he owned a Ferrari, a £700,000 yacht and paintings by Warhol.

He also built a real estate empire with three flats in Paris, two in the Alps and a whole block in Perpignan in the south of France.

Meanwhile, many of his patients developed serious problems, including chronic pain and falling teeth as a result of his failed work.

“By 45 I had lost half my teeth and by 55 I had none, just implants,” said Ouassila, who declined to give her full name before the verdict.

Social media users were quick to joke, with some suggesting that they were willing to go to jail for the chance to meet her

The court found them guilty of mutilating more than 300 patients, killing nerves in nearly 4,000 teeth.

Father Carnot, who is also a dentist and worked for his son, was jailed for five years.

Lionel and Carnot had denied the charge of mutilation but suggested they admit a lighter charge of involuntary injury.

Lionel told the court he had no intention of harming his patients. 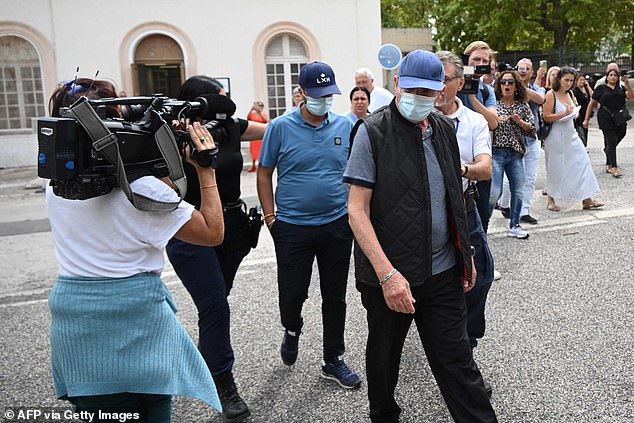 Macron’s top adviser under formal investigation for conflict of interest

Anthony Bourdain ‘never stopped drinking’ and ‘hated who he had become’, author of biography claims