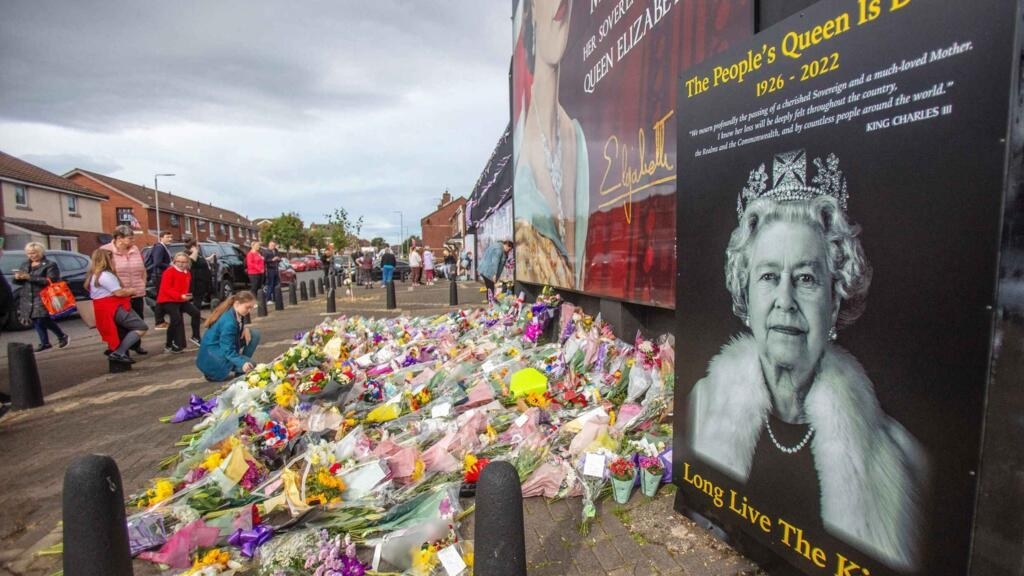 Britain’s King Charles III arrived in Northern Ireland on Tuesday as part of a British tour to receive condolences on the death of his mother, Queen Elizabeth II. TBEN speaks with Fabrice Mourlon, a professor of British and Irish civilization at Sorbonne University, about the importance of the visit.

As he travels through the four corners of his new kingdom, Charles III faces the toughest task of reconciliation in Northern Ireland during his visit to the region.

Sinn Fein, a party for the reunification of the island, stayed away from an accession proclamation ceremony in Northern Ireland on Sunday, September 11, but said it will attend other official events during the official period of mourning for the Queen.

The new monarch will meet the region’s feuding political leaders on Tuesday at the royal estate of Hillsborough Castle, south of Belfast. He will receive tributes from pro-British parties and respectful sympathy from nationalists, including the Speaker of the Northern Ireland Assembly.

The visit follows a couple of incidents in Northern Ireland on Thursday, when news of Queen Elizabeth’s death was greeted by people honking their horns in Londonderry, a Northern Ireland town marked by the Bloody Sunday massacre in 1972, when British police shot unarmed protesters. Kill 14 people.

Fabrice Mourlon, Professor of British and Irish Civilization at Sorbonne Nouvelle University and a specialist in Northern Ireland, believes Charles III’s visit has eased political tensions between the DUP union members – who are loyal to the Crown – and the Sinn Fein Republicans who want reunification with the Republic of Ireland.

TBEN: Why were there raving reactions to the announcement of Queen Elizabeth II’s death in Northern Ireland, particularly in Londonderry?

Fabrice Mourlon: There may have been some backlash against the Queen, but I don’t think we should focus on these incidents because Michelle O’Neill [Sinn Fein’s vice president who is in line to become Northern Ireland’s first minister] signed the condolence register. This gesture is very important.

The incidents in Londonderry remain isolated. Londonderry was the site of Bloody Sunday and the city suffered a lot during the Northern Ireland conflict. So it is understandable that people are unhappy and attack symbols. It is important to note that the inhabitants have always been forgotten compared to the rest of Northern Ireland. The city has very little infrastructure, so tensions are always more openly manifested. It was in Londonderry, in 2019, that journalist Lyra McKee was shot during a riot by Republican dissidents.

What legacy does Elizabeth II leave to the people of Northern Ireland? Was she appreciated in the region?

Queen Elizabeth II was the first British monarch to visit the Republic of Ireland in 2011, in a very powerful gesture of reconciliation that left a lasting impression. At the time, she gave a historic speech in Dublin. That day she started with words in Irish. Videos from the time show the Irish president heaving a cry of surprise at the side of the queen because she was not expecting it. No one had done this for Elizabeth II. Her speech was clearly aimed at easing tense relations between Britain and Ireland since the partition. The gesture was welcomed by many, including in the ranks of Sinn Fein.

The following year, in 2012, the Queen met Martin McGuinness, the then Deputy Prime Minister of Northern Ireland. He was a former member of the IRA. She shook his hand with a big smile, even though the IRA had killed one of her close cousins, Lord Louis Mountbatten, who was killed in a 1979 bombing.

What challenges await King Charles III? Does he have a role to play in the government crisis between the DUP unionists and the Sinn Fein Republicans?

Boris Johnson has rekindled tensions between the DUP and Sinn Fein in Northern Ireland with his Brexit. The former British Prime Minister had promised union members that he would withdraw from the Northern Ireland Protocol as soon as he took power. But he didn’t. [The agreement, signed between London and Brussels to address the border issue between British Northern Ireland and Republic of Ireland, an EU member, after Brexit, creates a de facto customs border with Britain, which displeases the most radical unionists].

Since then, Northern Ireland has been paralyzed as the DUP refused to co-government with Sinn Fein as a sign of its opposition to the protocol. Their fear is that they will be separated from the UK. In this context, the visit of King Charles III is symbolic. I think he will try to calm the tensions by continuing the work of his mother, whose line he has promised to follow.