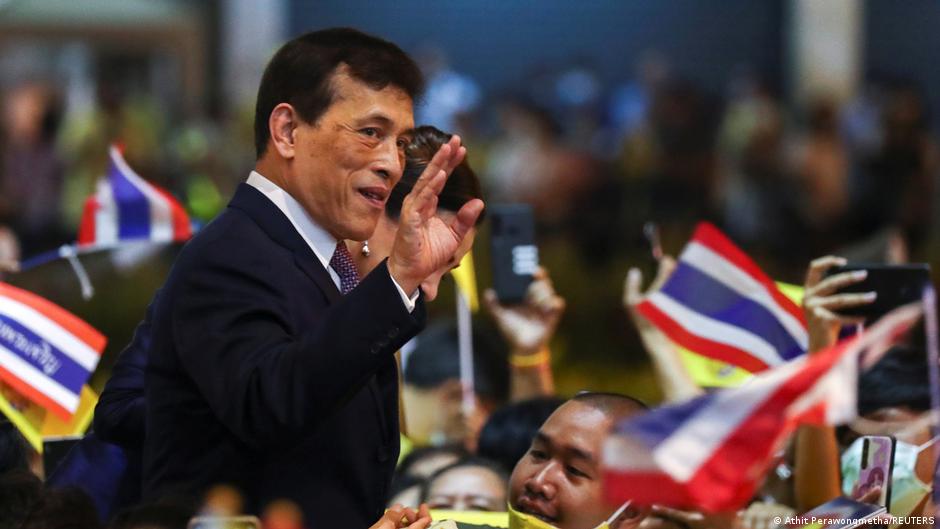 The German parliament has said Thailand’s King Maha Vajiralongkorn enjoys diplomatic immunity during his long stays in his Bavarian villa, but the state has the power to expel him from the country.

According to an assessment by the Bundestag University Services (WD), and commissioned by the Left Socialist Party, the German state has very little power to prosecute the Thai king, despite recent threats from Foreign Minister Heiko Maas.

Maas has previously warned Vajiralongkorn against ruling his country from Germany amid ongoing protests against what critics say is the King’s undemocratic regime in Thailand. More than 50 people have been injured in protests in Bangkok this week alone.

“We have made it clear that the policies affecting the Thai country should not be carried out from German soil,” Maas said in early October.

But unless the king is expelled from Germany as a “persona non grata”, the police have no means of prosecuting the king, who represents Thailand even when he is on vacation, found the Bundestag. This means that, under diplomatic immunity, he cannot be punished for crimes committed in Germany or be placed under surveillance.

Vajiralongkorn spends months at a time in his villa on Lake Starnberg, just south of Munich, and in the spring he frequently stayed in a luxury hotel in the Garmisch-Partenkirchen ski resort, defying the ban on hotel stays in the state – at the time. one of the coronavirus lockdown measures in Bavaria.

Read more: King of Thailand lives in luxury quarantine as his country suffers

The king returned to Thailand in October, but the leftist party called on the German government to ban him from returning to Germany. “Anyone who, like the king, brutally suppresses a democratic movement with a military junta, should not be rewarded with a visa for luxury extended stays in Germany,” left-wing parliamentarians Sevim Dagdelen and Heike Hänsel said in a statement. joint press release.

Earlier in November, Germany’s Foreign Ministry said it had found no evidence that the king was issuing Bavarian decrees that violated human rights – although opposition politicians found this less than credible, given the length of the king’s stay in Germany.

“The question of what the government was doing to counter such illegal actions remains unanswered,” Margarete Brause of the Green Party said in a statement.

The Bharat Express News - December 1, 2020 0
Holidays (2006) One of those films that hit our brains like a "modern Christmas classic" in light of ITV2's seemingly endless rehearsals, The Holiday is...