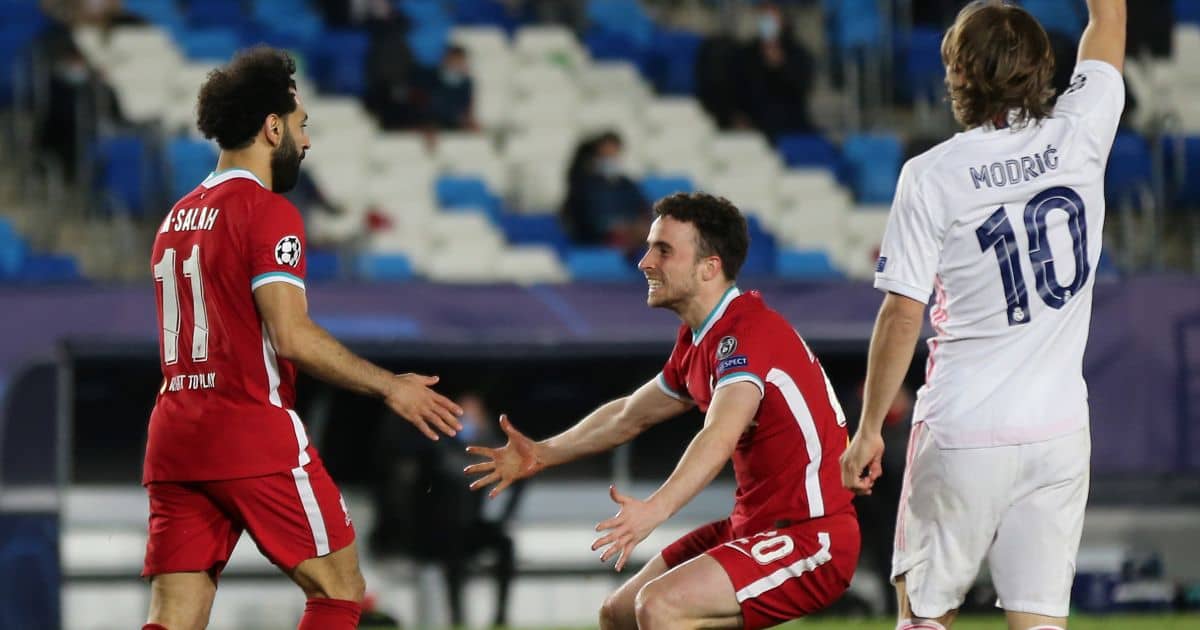 Jurgen Klopp admitted his Liverpool side did not ‘earn the right’ to get a good result in the first leg of their Champions League quarter-final against Real Madrid in Spain.

Brazilian winger Vinicius Jr has scored twice for Real in a game played at Alfredo Di Stefano stadium due to ongoing work at the Bernabeu.

Marco Asensio was also on target for the impressive home side, with Mo Salah giving Liverpool hope with an away goal.

But the Reds will have to be significantly better in the second leg if they want to progress.

Speaking after the game, Klopp said BT Sport: “If you want to go to the semi-finals, you have to earn the right to do so. We didn’t do that tonight, especially in the first half. The only good thing I can say, other than the goal, is that it’s only the first half of the draw.

“We made it too easy for them. These errors can happen. We didn’t deserve much more but that goal and the second half were OK. It gives us a lifeline.

Replacing Naby Keita towards the end of the first half, the Reds chief said: “It’s not a big story. I do not like it. He was not the only one. It was tactical. I could have made a few more changes at that time.

On what they need in the second half, Klopp added: “The intensity with the ball in particular. You can’t defend Real Madrid’s speed when you give them the ball at the wrong time. If you lose the ball at the right time, that’s okay. We lost the ball, so many easy passes.

“You have very fast, world-class one-on-one players. We need to be better in possession.

He said BT Sport: “It was difficult. We played against a good team. The way we did in the first half was not good. We lost it quickly with single passes. Two moments of not focusing enough and they scored.

“We said in the second half that we had to play our football and not lose the ball too easily and focus more. They were sometimes dangerous with long bullets. We played our own game [at times after the break] and that’s why we scored. Unfortunately they scored and that makes things more difficult.

“This [the goal] gave us confidence. We were hoping for a better result. “