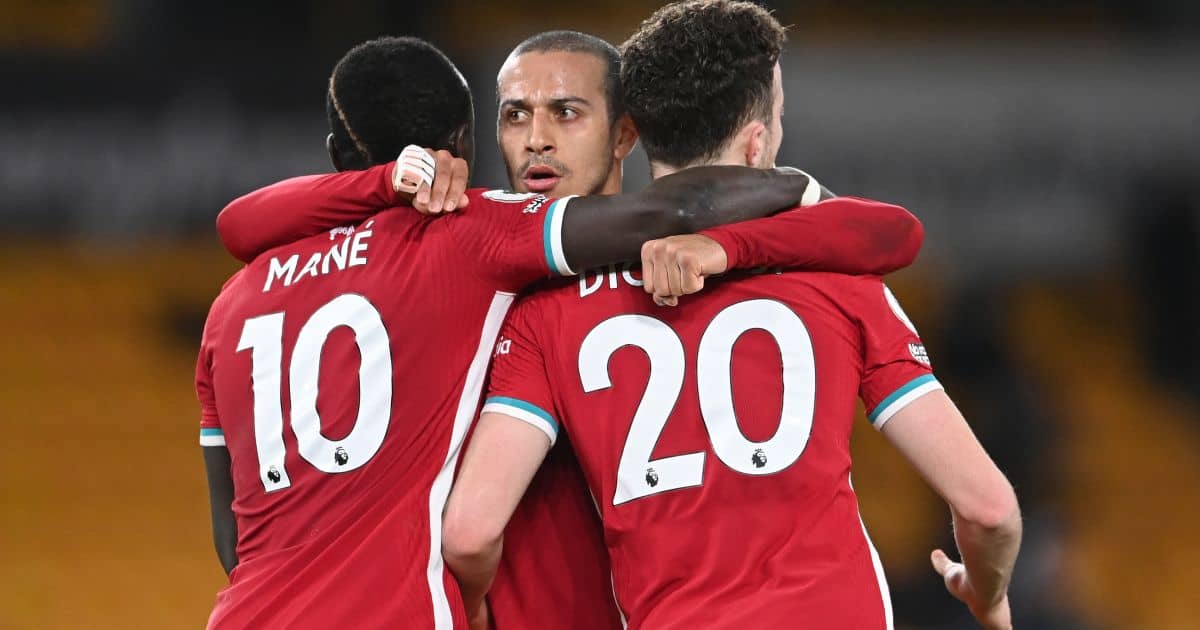 Liverpool midfielder Naby Keita has only made his second Champions League start to the season, one of three changes to the quarter-final first leg at Real Madrid.

Real’s problems in defense, something Liverpool are more than familiar with, meant that Eder Militao and Nacho teamed up in the center of the four-backs.

Due to these injuries to Sergio Ramos and Raphael Varane, Zinedine Zidane’s side had only four survivors from Kiev three years ago, their midfield trio of Toni Kroos, Luka Modric and Casemiro, and the striker Karim Benzema.

There was a lot of anticipation for Thiago’s arrival when Liverpool agreed to sign the Bayern Munich midfielder. He had just won the Champions League with the Bundesliga giants to complete his vast collection of medals. However, he has struggled to prove his worth since moving to Merseyside.

Thiago has yet to provide a goal or assist for Liverpool and has missed part of the season with injury. He’s started to find form recently, but it still seems like he’s not yet familiar with Jurgen Klopp’s system.

A report last month highlighted a possible explanation for Thiago’s struggles – the absence of a midfielder by his side. Indeed, his slight return to form coincided with Fabinho’s return to midfield.

But whatever the reason for his struggles, his Spanish teammate and compatriot believes the criticisms of the former Barcelona star have gone too far.

“He has more than shown how great a player he is and he will prove it at Liverpool as well.

“He comes from a different league, where he plays at a different pace, he has had several injuries, COVID-19… It makes it difficult to adapt and, on top of that, the team has not been at his level. “

The Bharat Express News - April 13, 2021 0
The People's Democratic Party (PDP) in Yobe state held a delegates' congress in Damaturu on Monday. The congress that produced 39 new members of the...