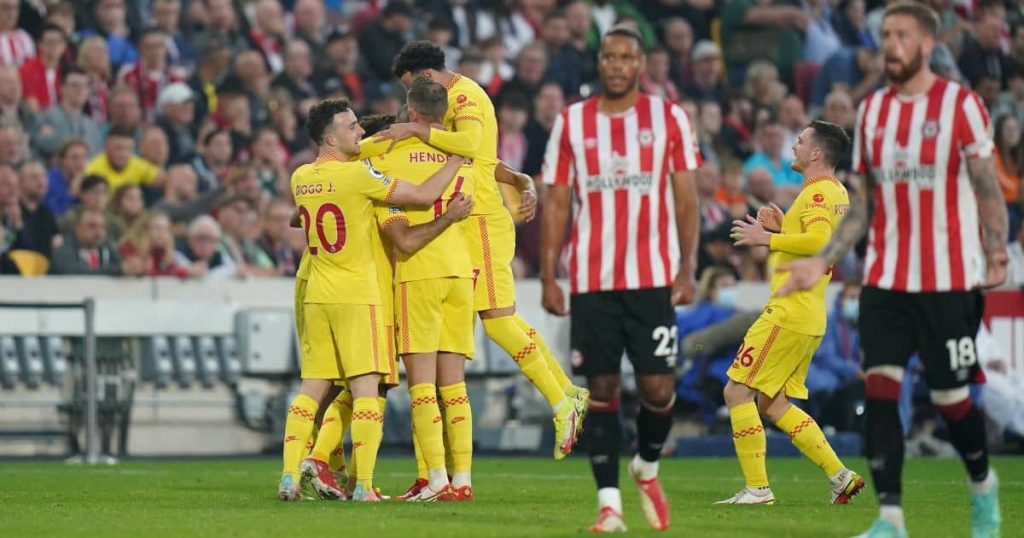 The Reds were the favorites to come out of Brentford Community Stadium with all three points, but had to settle for just one. After being caught early, the Bees took the lead thanks to Ethan Pinnock. Diogo Jota soon restored parity and ensured that the sides were level at the break.

Salah then scored his 100th Premier League goal for Liverpool to give them the advantage. Vitaly Janelt converted at close range after Pontus Jansson’s effort hit the bar to bring the teams up to level.

that of Curtis Jones the deflected long-range effort looked poised to send the points to Merseyside. But Yoane Wissa equalized once again with eight minutes remaining to drive the faithful mad.

After the dust settled on the game, Klopp admitted that the hosts had earned the right to take a point.

“They deserved their three goals for the way they played,” he told Sky Sports. “We obviously couldn’t handle the long balls today, but we should have scored more goals.

“They deserved it. I don’t think you can control them any better, we created a lot of clear chances but we couldn’t manage them defensively.

“These things happen. We should have scored more. If we win 3-2 or 4-3, we will still have these difficulties defensively. “

And the German coach refused to blame the West London team for their long-ball tactics.

“I have no problem accepting when you play this kind of football. It’s football. You have to create things to deserve to win, ”he added.

“They also deserved a point because they fought well. I respect that a lot. Ultimately, there were situations we had to do better – and then it could be a whole different game. Their goalkeeper should have the number 10 on his jersey with the balls he played.

Salah is now in his fifth season with the Northwestern Giants after leaving Rome in the summer of 2017. He was an immediate success, scoring 32 top-flight goals in his debut season.

The Egypt international scored 99 league goals before the game, but now has three figures under his belt. He lost an incredible chance to score Liverpool’s fourth goal towards the end of the contest.

And Klopp refused to be too moved by his star striker’s feat, preferring to focus on what could have been.

“I’m sure Mo sees it the same way, he would love to have 101 today,” he continued. “There were a lot of good times from a football point of view against a tricky setup, but we couldn’t defend when the goalkeeper throws the balls forward. “

The Bharat Express News - October 20, 2021 0
Great British Bake Off's first ever German week proved to be a disaster for Freya as she became the latest person to be eliminated...