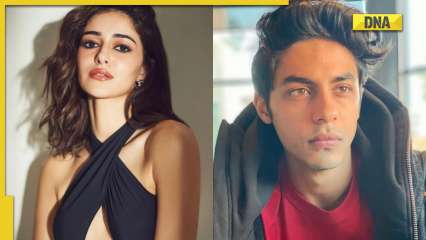 Koffee With Karan, the popular chat show hosted by top filmmaker and producer Karan Johar, is storming the TRP charts and the latest installment features Vijay Deverakonda and Ananya Panday, the stars of the upcoming movie Liger, supported by Karan himself under his banner Dharma Productions.

In the episode, Karan revealed that the Gehraiyaan actress briefly dated Kartik Aaryan, was in a relationship with her Khaali Peeli co-star Ishaan Khatter and even revealed that Ananya is currently seeing Aditya Roy Kapur. The actress herself did not confirm any of the three statements, but agreed that Aditya is hot.

The filmmaker of Kuch Kuch Hota Hai even asked Ananya, daughter of Chunky Panday, about her friendship with Shanaya Kapoor, daughter of Sanjay Khan, and Suhana Khan, daughter of Shah Rukh Khan. Karan then asked if she or Shanaya had an “elder brother in love” with Suhana’s brother Aryan Khan during their growing up days.

Ananya replied that she thought Aryan was really cute and that she did indeed have a crush on him. When Karan further urged her on why her crush didn’t “fertilize,” Ananya said, “Ask him,” adding that it would have been like a movie if the two childhood sweethearts got together.

Speaking of Liger, in addition to the two protagonists, the film also marks the Indian film debut of former American professional boxer Mike Tyson. Vijay will play an MMA performer in the film set for theatrical release on August 25, 2022, in multiple languages ​​including Hindi, Tamil, Telugu, Malayalam and Kannada.

Aside from Liger, Ananya also has Kho Gaye Hum Kahan in her pipeline which also includes Siddhanth Chaturvedi and Adarsh ​​Gourav. The film will be released next year, although the official release date has not yet been announced.