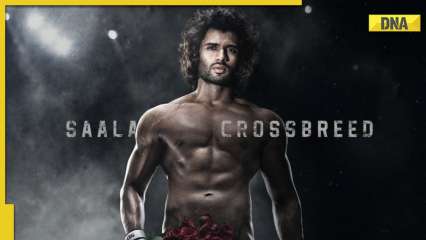 In a recent appearance on Koffee With Karan 7, Vijay Deverakonda discussed the possibility of him posing nude. He also indicated whether he might be open to endorsing a particular brand of condoms. In her rapid-fire round, Ananya Panday added that she wouldn’t mind seeing Vijay “completely naked.”

During the rapid-fire round, Karan Johar asked Vijay a number of questions. Would you or would you not pose naked for an international magazine? was one of the questions he asked. Vijay replied, “I wouldn’t mind if I got a good shot,” in return.

When asked if he would support a condom company, Vijay not only answered yes, but did so right away. “I think it’s a very smart and safe thing to do if you don’t want ten babies. This is now my approval.

Ananya Panday, Vijay’s opponent in the rapid-fire round, was asked if she wanted to see him “completely naked.” Ananya replied, “I have a little bit in Liger. But who doesn’t?” On Liger’s poster, Vijay had shown it all, covering his modesty with a bouquet of roses. It said “Saala crossing” on the poster.

With Liger, Vijay will team up with Ananya for the first time and make his Bollywood debut. In the film, Vijay portrays a kickboxer who transitioned from a “chaiwaala” in Mumbai to a professional boxer and competed in the US. His mother is played by Ramya Krishnan, while Mike Tyson makes a brief appearance. Puri Jagannadh and Karan Johar’s film will hit theaters on August 25. It will be made available in Malayalam, Tamil, Telugu, Hindi and Kannada.

Anne Heche’s car accident is no longer under police investigation

‘RHOA’: Kandi Burruss On Why She Fears Reunions & Why ‘Real Housewives Ultimate Girls Trip’ Isn’t For Her