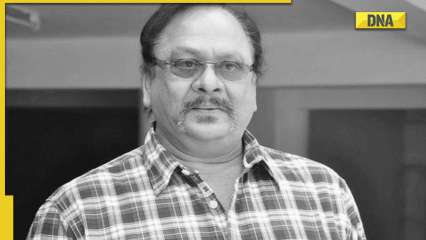 The veteran actor has starred in more than 180 films in his career, including hit films like Jeevana Tarangalu, Mana Voori Pandavulu, Antima Theerpu, Amara Deepam, Tandra Paprayudu and Palnati Pourusham to name a few. He was last seen along with his cousin Prabhas in the romantic drama Radhe Shyam released earlier this year.

Actor Manoj Manchu took to his tweet and shared his condolences when he tweeted: “This can’t be true. Such a wonderful human being. We will miss you sir. Your contribution to the film industry and society Will live on forever and ever. Om Shanti #KrishnamRaju garu. We will love you forever”.

This can not be true. Such a wonderful person, we will miss you very much sir. Your contribution to the film industry and society Will live on forever and ever. Om Shantic #KrishnamRaju garu. We will love you forever pic.twitter.com/RwgAFG8GaM— Manoj Manchu(@HeroManoj1) September 11, 2022

Nikhil Siddhartha, who was last seen in the hugely successful film Karthikeya 2, also took to his Twitter, writing: “A legend has left us… A man with a heart of gold. Rest in peace sir. will your presence and motivation are always missing words.”

A legend has left us… A man with a heart of gold.. Rest in peace sir will always miss your presence and motivational words… @UVKrishnamRaju #KrishnamRaju pic.twitter.com/0a4bhAik0r

Shocking to hear this sad news Legendary actor Rebel star Krishnam Raju garu is no more.
My deepest condolences to Prabhas garu and his family.
Rest in peace Sir #KrishnamRaju sir you will be in our hearts forever pic.twitter.com/k0aYs7kUsu— Director Maruthi (@DirectorMaruthi) September 11, 2022

Krishnam Raju was also an active politician when he was elected to the 12th and 13th Lok Sabha from Kakinada and Narasapuram constituencies in Andhra Pradesh in the late 1990s with a Bharatiya Janata Party (BJP) ticket. The late actor has also served as Secretary of State for several cabinets in his political career, including Defense, Foreign and Consumer Affairs, Food and Public Distribution.

ALSO READ  'Dancing With The Stars': Who Survived and Who Went Home After Premiere Night on Disney+