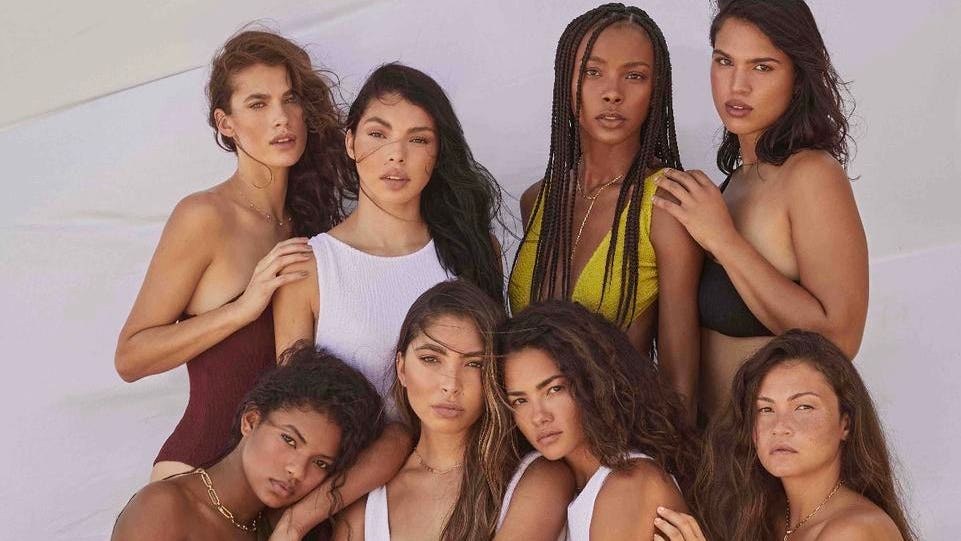 Diversity, cultural roots and a deep connection to the Earth is what Valeria del Rey had in mind when she created her breathtaking La Gotta Classics collection.

The designer’s new pieces pay homage to her native Puerto Rico by representing the spectrum of beauty – in people, as well as in flora and fauna – that exists on the island.

“When you drive through Puerto Rico you can’t even count how many tones of green there are because there are so many,” she said. “So when I came up with the classic colors I included black and white, but I wanted to focus on those earth tones… and I really think when you look at the collection you feel like drive through the interior of Puerto Rico. . “

The designs showcase the brand’s sophisticated cuts, earthy tones and interesting textures. Unlike the rest of del Rey pieces, the classics don’t feature intricate prints or patterns, but rather are simple and elegant, as they are meant to flatter the body’s natural curves and complement tanned skin.

The textured fabric of the swimsuits, made from recycled plastic bottles, “simulates algae,” said del Rey, “and since La Gotta’s overall mission is to” redefine your relationship with the sun and the planet ” , unique pieces look like everything. La Gotta represents, which is nature, natural beauty and a classic, effortless overall aesthetic.

Del Rey photographed the collection at a beach in Puerto Rico, using local models of different shapes, skin tones and sizes. “There is no stereotype for Puerto Rican beauty, we are all so different,” she said. “I really wanted to show it.”

The designer described the photoshoot as a love letter to her culture and said it brings her so much joy to see her passion project being admired by her people.

“Our # 1 customer base is from Puerto Rico,” said del Rey. “Something that I’ve seen and come to appreciate more and more over time as the business grows is that Puerto Ricans are really passionate about other Puerto Ricans and their talents. And I really like it, especially in the fashion industry.

Unlike other Spanish-speaking countries, Puerto Rico, as a territory of the United States, does not really make fabrics locally nor does it have a thriving garment industry. Del Rey, as a successful fashion designer and sustainable entrepreneur, is therefore very much in the minority. Knowing this, she consistently demonstrates through her designs and personal social media content how proud she is of her roots and how much the island fuels her art.

“It’s huge to, in a way, set an example that although we may have to outsource or think outside the box in order to create a brand or anything fashion related, it is possible,” del Rey said of his post. Puerto Rican compatriots interested in joining the industry.

Although del Rey often returns to Puerto Rico, she now spends most of her time in Miami, like the cool girl that she is. It’s no surprise, then, that modern American fashion trends have greatly influenced his design vision for La Gotta as well as his personal aesthetic.

“We have that Latin essence in our designs, with the bright colors, but the cutouts, the sexy side and the daring are more American,” said del Rey. “You can see the cultural fusion.”

In addition to launching her classics, the designer also recently launched her Joshua Tree collection, which she envisioned during a pre-wedding road trip in California National Park with her husband. Del Rey recalled getting lost in the park taking photos of the patterns on the leaves, rocks, cacti, lizards and rare species of birds she found.

“I realized there was so much diversity; it was easy to be inspired, ”said del Rey. “For each collection I focus on different aspects of nature, and I saved all of these images and the patterns literally formed, I just digitized and recreated them in a more unique and colorful La Gotta way.”

The prints that came out of this trip, and which now live in the swims of La Gotta, are pure art and some of the most glamorous in del Rey. One of her favorite costumes from the collection is the Loretta Black, which has the sexiest fit, a moody desert palette, and a sophisticated abstract print. Another is the stunning Kalia Gray: a long-sleeved one-shoulder one-piece with a watercolor-like bird and cactus illustration.

Del Rey’s muse has always been Mother Nature – she even named one swimsuit style “brassica,” which is the scientific name for a genus of plants – and her designs consistently reflect this connection to the planet. It’s something her fans know and love, but in the coming weeks, the designer is going to shock them by releasing a very different kind of collection: La Gotta Bridal. Bridal swimsuits are unlike anything Del Rey has designed before, but just as gorgeous. They are pure white, luxuriously silky, elegant in their fits and even regal in that they are embellished with tiny faux pearls that give the wearer that perfect ‘bridal moment’.

“When I was getting married I didn’t find the perfect white jersey that would stand out in a very sophisticated and beautiful way, so it always stuck on my mind,” del Rey said, explaining why she decided to design a bridal collection. “Sure, even if you’re not a bride you can wear it, but it’s perfect for honeymoons and singles. You want to look like a bride, but you don’t want your swimsuit to say “bride.” It’s just very simple and elegant.

Like the rest of the La Gotta swimsuits, the bikinis and bridal one-pieces, coming soon to the brand’s website, are made with a durable fabric made from discarded PET bottles. The company treats 100% of the water it uses and recycles 60% internally. Since their launch in September 2020, they have reduced their water consumption by 8 liters per bikini and 4 liters per swimsuit. They also use recycled yarns and dye their fabrics with non-toxic ingredients.

Del Rey’s passion for the planet is genuine, and it shows in the way she lives her life and runs her business. In addition to reducing waste, producing only on demand, and using sustainable materials to make its pieces, del Rey also works with local artisans and charities.

The successful “Raise your glass, not the sea level” dresses, for example, were made in partnership with Well Beings Charity, and 20% of the proceeds from each purchase are donated to the non-profit organization, which helps protect the world’s oceans, animals and communities. The ventilated linen blankets are made with recycled materials and recycled buttons from a variety of factories in Colombia, and they pair perfectly with classic La Gotta swimsuits.

Coalition voters will become climate battlegrounds in next election