Lady Gaga emotionally revealed that her Chromatica Ball concert held Saturday night in Miami had to come to a halt due to a severe tropical storm.

The Bad Romance singer, 36, uploaded a two and a half minute clip to her Instagram, apologized to her fans and said, “We really tried to finish the show in Miami tonight.”

However, the star wanted to prioritize the safety of the public and crew when the lighting near the concert venue began to set in brightly.

Ending the concert: Lady Gaga, 36, shared a video and a separate post on her Instagram explaining she had to stop her concert due to a violent lightning strike in Miami 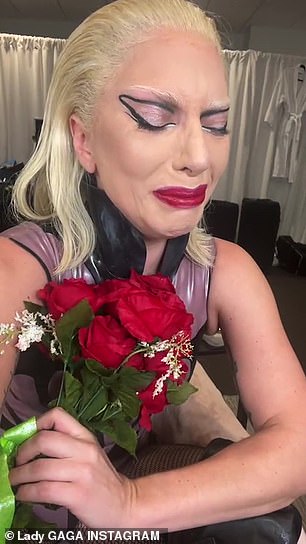 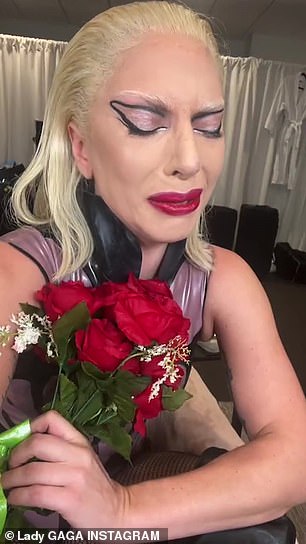 Heartbroken: Award-winning singer burst into tears as she apologized for ending Saturday’s concert

In the emotional clip that the singer uploaded to her devoted 53.2 million fans and followers, Lady Gaga began by thanking those who came to the concert.

She said that “we really tried to finish the show tonight in Miami,” but the feat proved impossible because “lightning struck so close to us.”

After a short break, the Grammy Award winner said, “Look, I know I’ve wanted to be that hardcore bad b***h for a long time.”

“What I really want is also to be responsible and loving. I don’t know what I would do if something happened to someone in the audience, or to a member of my crew, my band, my dancers.’

“So I’m sorry we couldn’t do the epic rendition of Rain On Me in the rain,” she added with a touch of humor. 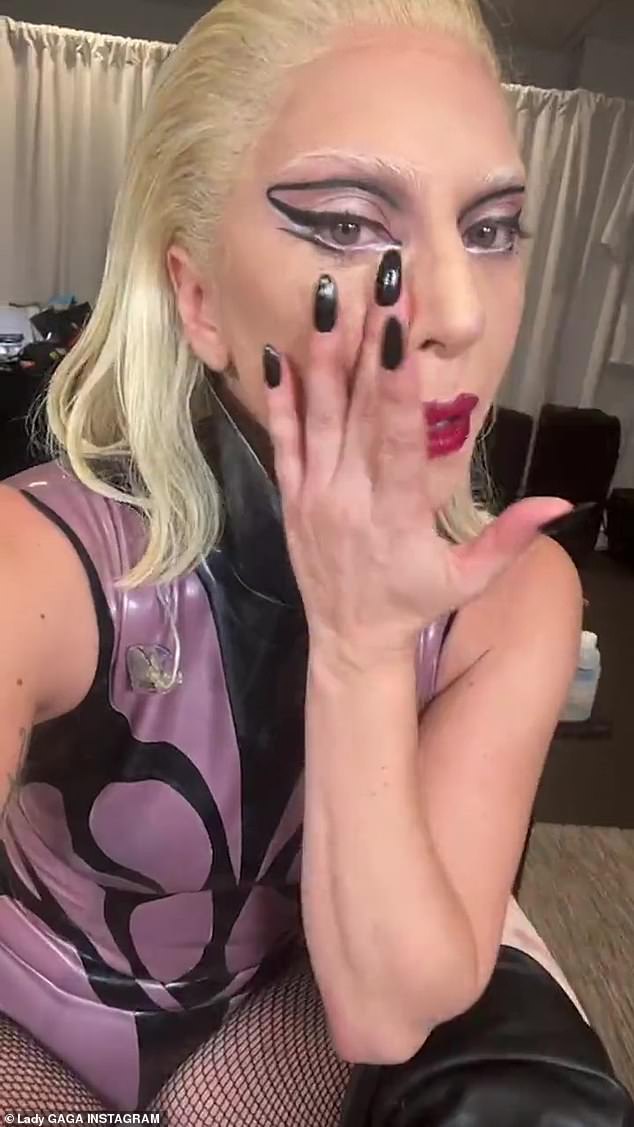 Safety first: The star explained that although she tried to keep the concert going, the safety of her fans and crew was the most important thing 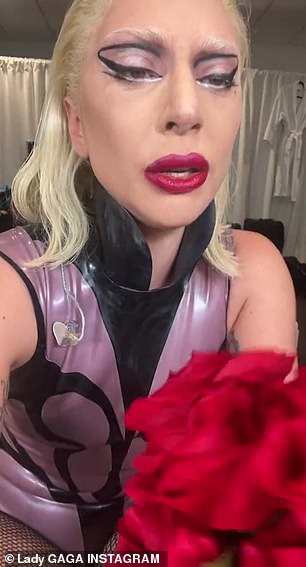 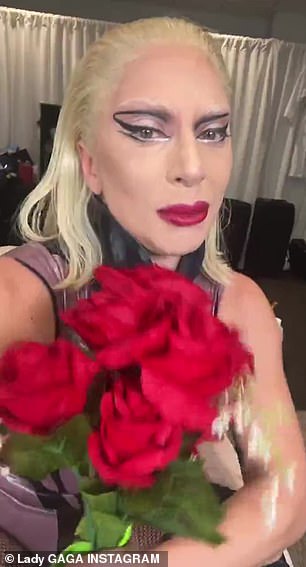 Grateful: Despite ending her concert, Lady Gaga thanked all her fans who came to support her

Lady Gaga, whose real name is Stefani Joanne Angelina Germanotta, then added: ‘What is worth more to me is life.’

The Star Is Born actress then picked up a small bouquet of red roses that a fan had tossed onto the stage and announced that she would “cherish them forever.”

Still in tears, the performer said, “It took so much and my heart to get to a place where I could perform and be healthy.”

“And I hope you know that part of the reason I decided not to finish the show was because I’m healthy and it’s a healthy decision for all of you and for me as well.”

She then sent her love and safe wishes to the fans who came to her Chromatica Ball. “See you next time I’m on stage.” 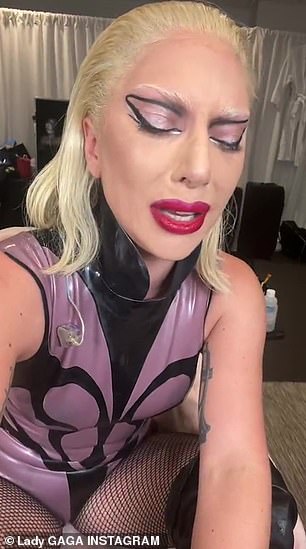 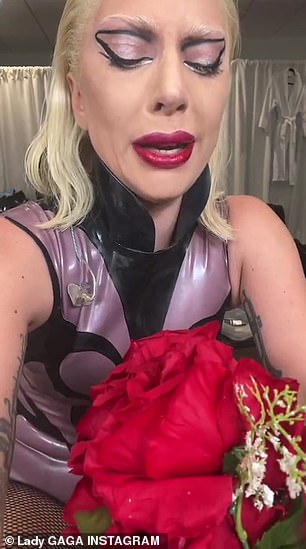 Special moment: Lady Gaga pulled a small bouquet of red roses close to her, thanked the fan she threw on stage and said she ‘will cherish them forever’ 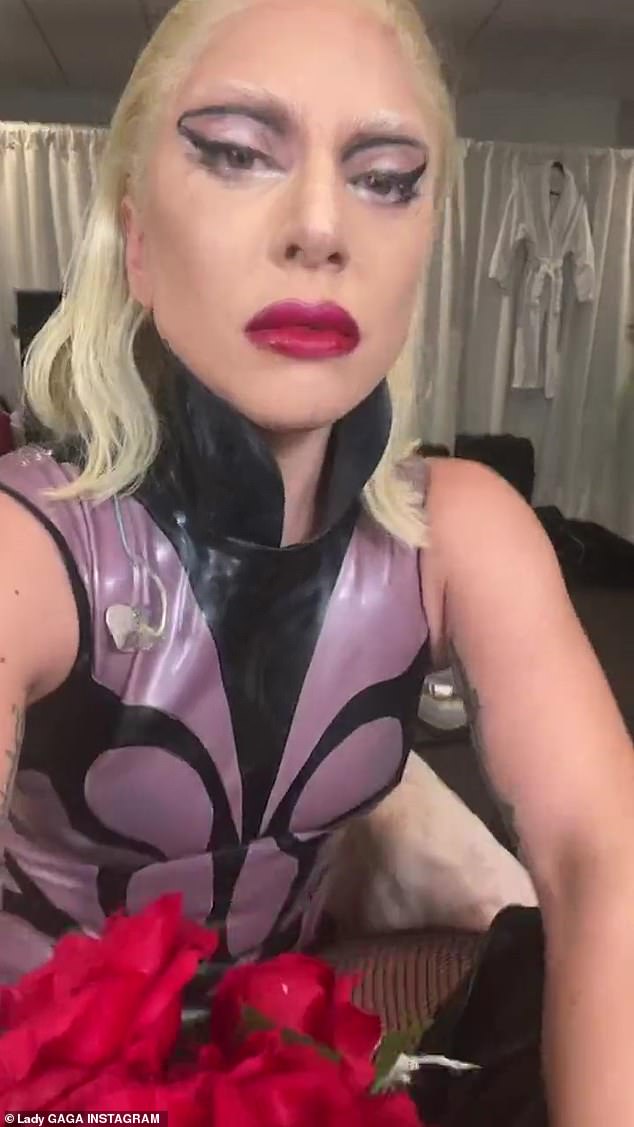 Sending love: The Grammy winner expressed her love to her fans and wished them a safe journey home to those who came to the concert

After sharing the video, Lady Gaga chose to upload a separate post, again typing a caption apologizing for ending the concert midway through the performance.

She went on to explain the dangerous weather conditions, writing: ‘My heart, I knew it was better to protect you. Thank you for believing in me.’

The talented entertainer added: ‘This was the biggest tour of my life and I will cherish this moment forever – it took me a long time to heal, but I did it.’ 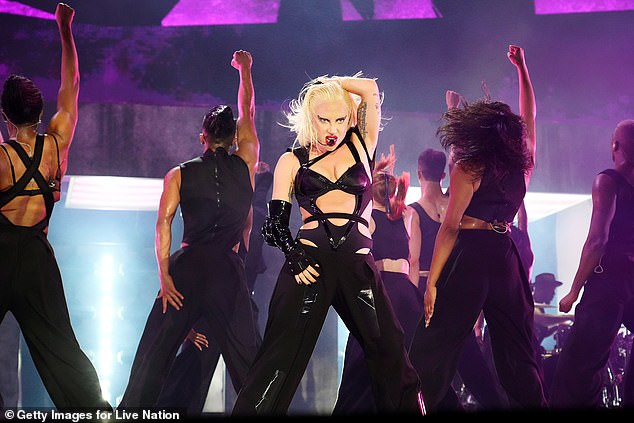 The phone hitmaker was able to enjoy Miami nightlife on Friday ahead of her concert on Saturday, which was held at Hard Rock Stadium.

Saturday’s concert marked the end of her North American tour dates. The Chromatica Ball is Lady Gaga’s sixth headlining concert tour and is in support of her latest album, Chromatica.

The studio album was released in 2020, with the tour being postponed twice due to Covid-19 related delays. Finally, the born artist kicked off the tour in Düsseldorf in July. 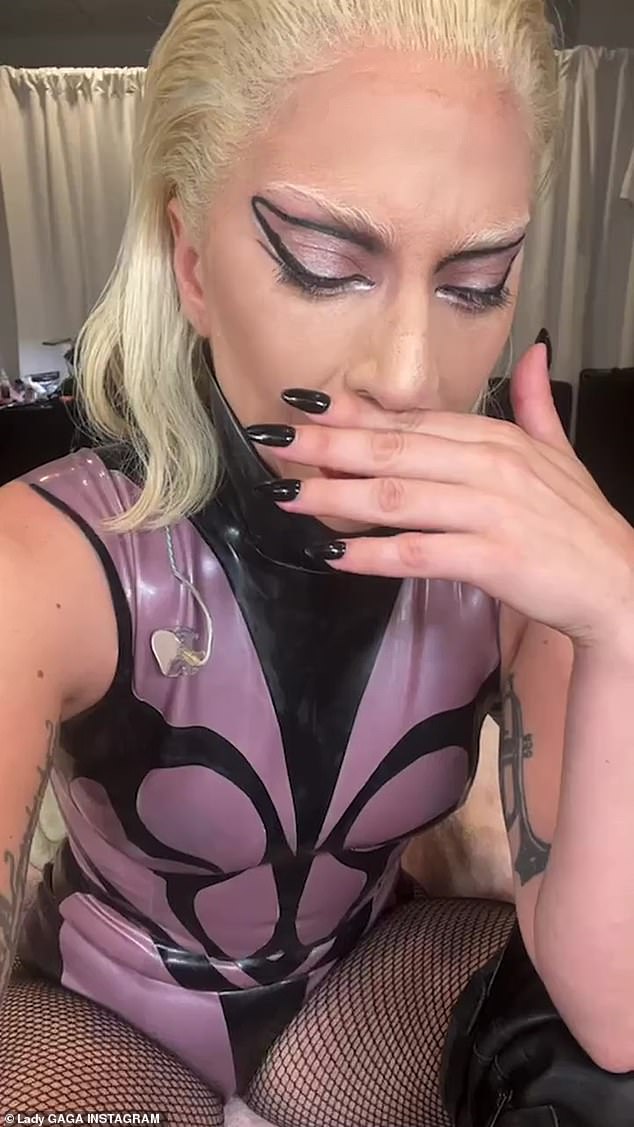 Best Tour: Lady Gaga stated the Chromatica Ball was ‘the greatest tour of my life and I will cherish this moment forever’