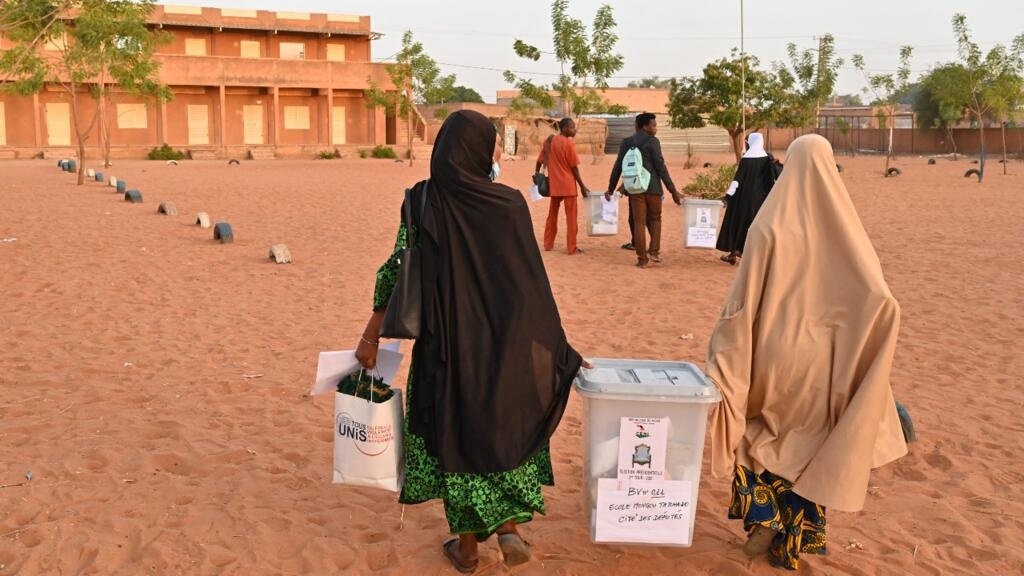 Seven election workers were killed in the presidential vote in Niger on Sunday when their vehicle hit a landmine, a local official said, marking a day intended to usher in the country’s first democratic transition of power.

A vehicle belonging to the electoral commission (CENI) and carrying electoral agents to their polling stations struck a landmine in the rural commune of Dargol in the southwest, said Harouna Mounkaila, vice-president of the local section of the CENI.

“They were leaving to deposit the ballot boxes and the members of the polling station,” Moukaila told Reuters, adding that three other workers were seriously injured.

Dargol is about 80 km (50 miles) from the border with Mali, a hotbed of militant activity. An attack on two villages near the border in January killed at least 100 civilians, the worst such incident in recent memory.

Niger’s two security crises – one near its western border with Mali and Burkina Faso, where militants linked to Al Qaeda and the Islamic State operate, and the other along the southern border – is with Nigeria, where Boko Haram is active – were the main issues of the campaign.

In the first round, on December 27, the ruling party candidate, Bazoum, former Minister of the Interior and Foreign Affairs, won 39.3% of the vote against 17% of Ousmane. Bazoum then won the approvals of the candidates who came third and fourth in the first round.

In the capital Niamey, the vote went smoothly. After voting, President Mahamadou Issoufou, who resigns after two five-year terms, praised the historic nature of the election in a country that has seen four coups d’état since independence from France in 1960.

Bazoum, for his part, projected confidence.

“I hope the luck is on my side, but I have a lot of reasons to believe,” he said.

Bazoum, 61, pledged to continue Issoufou’s policy of cracking down on militants linked to Al Qaeda and the Islamic State and reviving the economy.

Ousmane, 71, was Niger’s first democratically elected president and was ousted in a 1996 military coup. Endorsed by a dozen small parties and first-round candidates, he vowed to bring change and fight corruption.

“The vote is somewhere between continuity and change,” said Mahamadou Harouna, a 30-year-old student who declined to say how he voted.

One of the poorest countries in the world, Niger has struggled with drought, flooding, the coronavirus and low prices for its main export, uranium.

Ousmane rejected conventional wisdom that Bazoum is the frontrunner, alleging that the ruling party candidate’s first-round margin was due to fraud, without providing any evidence.

“If citizens notice fraud again, I fear the situation will be difficult to handle,” he said after Sunday’s vote.