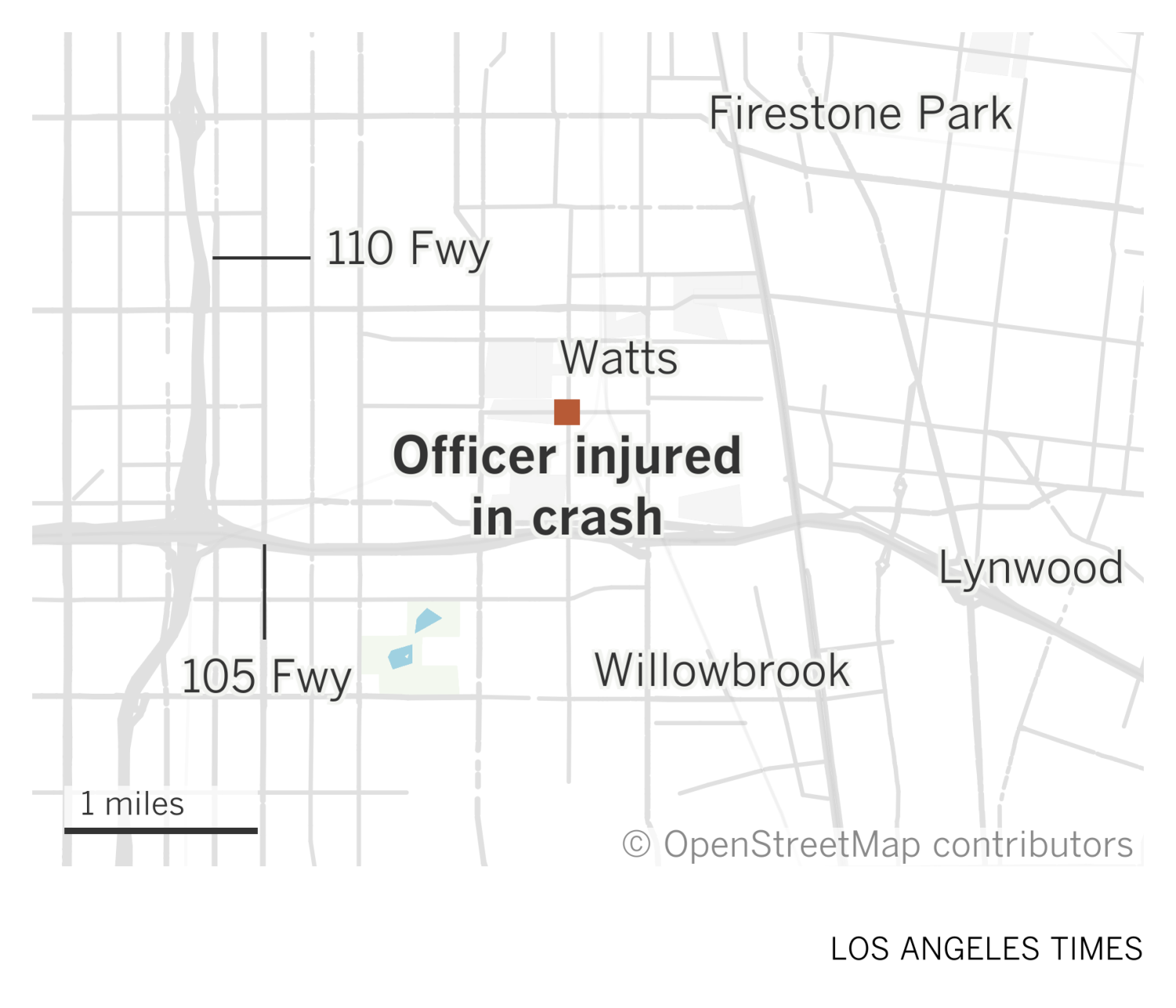 An officer was injured Wednesday when an LAPD patrol car crashed during a high-speed chase of a suspected stolen car, officials said.

Multiple Los Angeles Police Department vehicles were in pursuit of a black Infiniti around 2:30 p.m. when one of the officers crashed near 108th Street and Compton Avenue in Watts, Officer Warren Moore said.

It was unclear how the crash happened or how many vehicles were involved, but only one person was injured at the scene, he said.

It is not known how serious the officer’s injuries are.

The driver of the Infiniti was apprehended at the scene, Moore said.

ALSO READ  Here are some of the most popular holiday toys