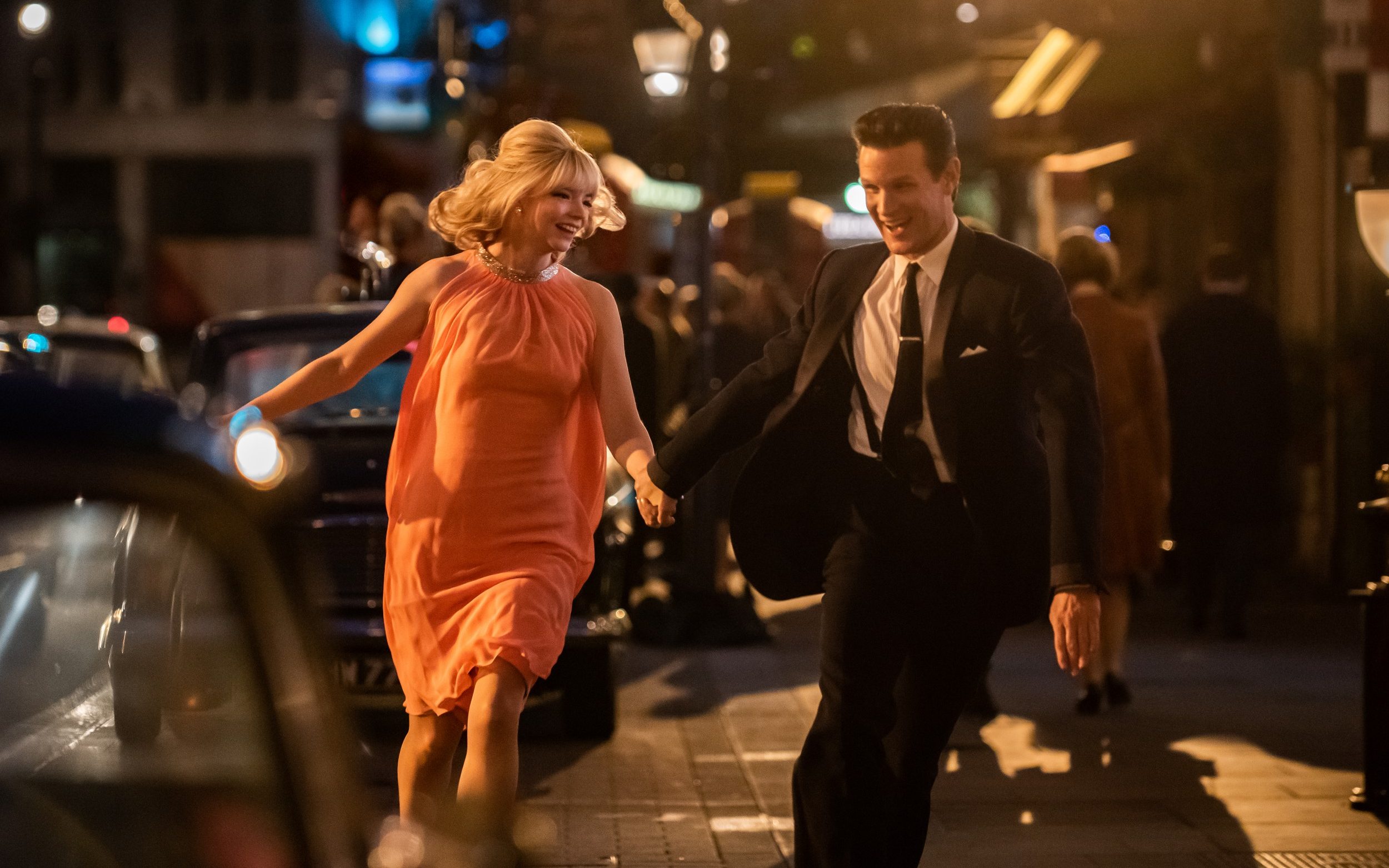 Young people often move to cities to find each other, but Eloise (Thomasin McKenzie) finds someone else. Her name is Sandie (Anya Taylor-Joy), spelled Shaw’s style, and she floats through the night of 1960s London like a human paper lantern. An inner flame seems to brighten up the bouffant blond Bardot of this budding singer and her tent dress of coral pink gauze.

As a student in mouse mode who grew up with posters of Twiggy and Sweet Charity on the walls of her bedroom, Eloise is bewitched, in at least two senses of the word. Raised in the Cornish countryside, she’s a child of the turn of the 21st century – but when she pulls the curtains every night in her miserable bed at Goodge Place, she returns in 1966 and finds herself in Sandie’s body, drifting through the retro demi-monde she has always dreamed of.

So – oh! – it’s okay in Last Night in Soho, the new film by Edgar Wright, director of Baby Driver, Hot Fuzz and Shaun of the Dead. Written with Krysty Wilson-Cairns, it’s a tumultuous, flirtatious hybrid: part a faded love letter to the city it takes place in, part a tear-stained breaking note. Imagine one of those playful yet cautious post-war British dramas about innocent young women from the provinces drifting into The Big Smoke – most of them seemed to star Rita Tushingham, who here has a talismanic support role as Eloise’s grandmother – then refract her through the creepy horror lens of Roman Polanski’s repulsion.

“The lights are a lot brighter there,” Sandie sings during a murky nightclub audition, delivering a ghostly cover of Petula Clark’s Downtown. And for a while, at least, Eloise is duly dazzled. During her first night as Sandie, she goes through a haunting re-enactment of the ’60s West End that is just as enveloping and dreamy as Quentin Tarantino’s 1969 Los Angeles in Once Upon a Time in Hollywood. As she descends the stairs of the Café de Paris, the song that was playing in her room moments earlier is performed live on stage by Cilla Black.

Wright explains the synchronized but not quite synonymous presence of the two girls with a series of amazing mirror shots: as they face each other in a full-length reflection of the floor, moments before Matt Smith’s perfectly matched Jack (as in “the boy”). comes to take them to the dance floor, it’s like a swinging sixties rework of Groucho and Harpo Marx jigging nose to nose in Duck Soup.