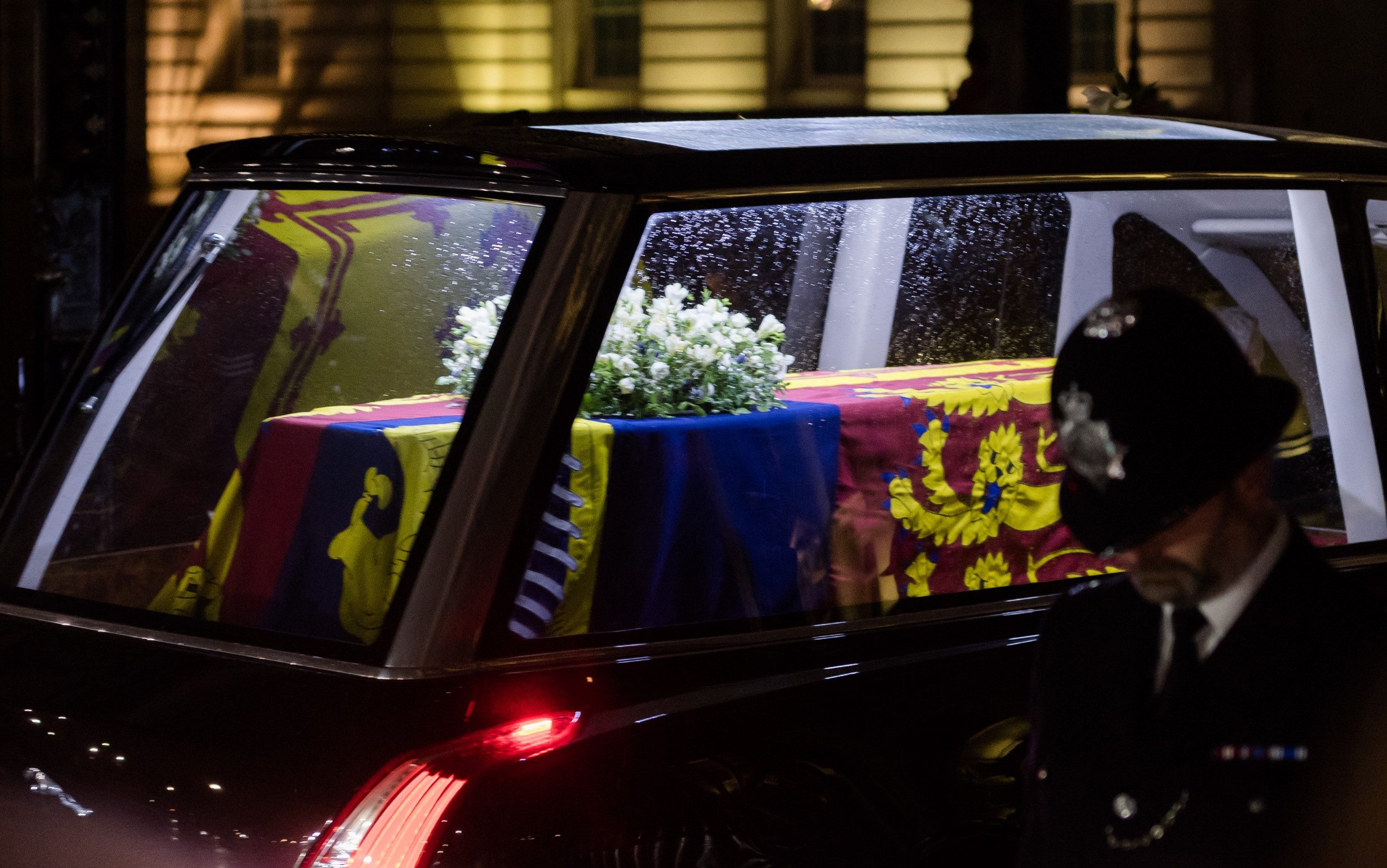 kCharles III and his sons will walk behind the late Queen’s coffin today as she leaves Buckingham Palace for the last time before she is laid out in state.

The royal family will accompany their matriarch on foot on the journey to Westminster Hall, where hundreds of thousands of people are expected to pay their respects after hours in line.

The King, the Prince of Wales and the Duke of Sussex, along with the Princess Royal, the Duke of York and the Earl of Wessex, will be part of the procession on Wednesday afternoon.

Princess Anne’s son, Peter Phillips, and her husband Vice Admiral Sir Tim Laurence will also walk in the procession, as will the Queen’s cousin, the Duke of Gloucester and her cousin, the Earl of Snowdon.

The Queen Consort, the Princess of Wales, the Countess of Wessex and the Duchess of Sussex will travel by car.