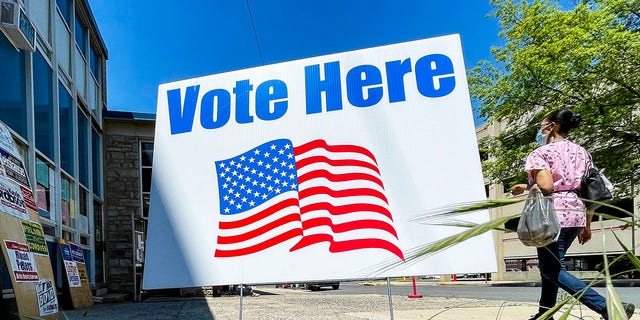 TBEN News host Laura Ingraham shared breakdowns of the numbers from the past several election cycles and pointed to new gains for Republicans on Friday’s “The Ingraham Angle.”

LAURA INGRAHAM: The Angle has dug into the election breakdowns and we see this will be the sixth time in the last eight elections outside the year that Republicans took it home. Wow. It will be the second largest profit margin for the winning side since at least 1970 and probably since the 1950s. The only closer House race in terms of popular vote was 1998. Now look what the Democrats did in terms of turnout in 2018. In 2014 the Democrats got 35.4 million votes for the House, but in 2018 they got 60.3 million votes. Now the GOP actually increased their votes from 2014 to 2018 by more than 10 million votes. But in 2014 they beat the Democrats by 4.5 million, and in 2018 they lost to the Democrats by nearly 10 million. But the Democrats have not been able to sustain that enthusiasm.

A “Vote Here” sign outside the polling station lineup at the 3rd and Court Fire Station in Reading, Pennsylvania.
(Ben Hasty/MediaNews Group/Reading Eagle via Getty Images)

As of now, the GOP has 53.3 million votes. That’s more than 50.5 million in 2018. The Democrats have 49.5 million, down from 60.3 million in 2018. See where I’m going? Of course, we saw a similar pattern in the 2020 presidential election. In 2016, Hillary got 65.9 million votes and Trump got nearly 63 million votes. In 2020, Trump increased his vote to 74.2 million, but the Democrats increased their vote to 81.3 million. So it’s an open question right now if they can maintain that same level of excitement. Our plan, the plan we talked about, is working. But as the angle has been saying since 2020, we just need to do better in terms of vote aggregation and early voting to match the Democrats’ efforts. And by no means should we underestimate the Democrats’ ability to garner more votes than they have in recent history.