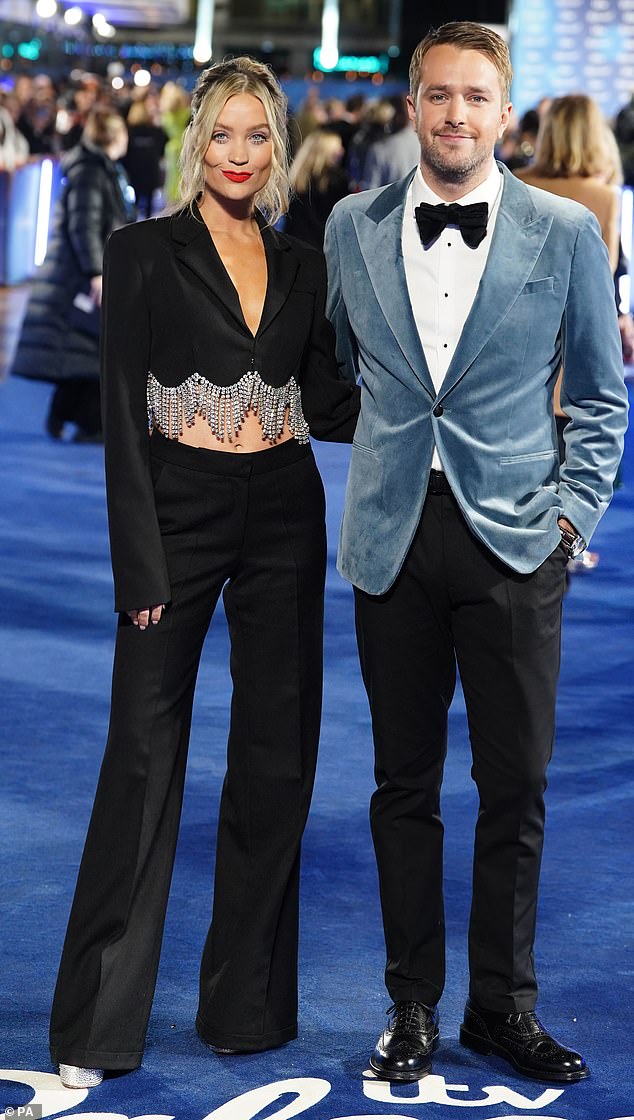 By Geraint Llewellyn for TBEN

The former Love Island host, 37, showed off her toned midriff in a cropped bejeweled blazer that she paired with matching trousers.

Laura tied back her long blond locks while curls framed her features, which she accentuated with lots of mascara and red lipstick.

The stunner matched her jacket’s embellishments with her shoes and flaunted her stuff in sky-high silver platform heels.

Meanwhile, Iain, 34, looked sweet in a blue velvet tuxedo jacket that he tied over a crisp white shirt and black bow tie.

He completed the smart look with dark trousers and matching brogues as he swept his dark locks to one side. 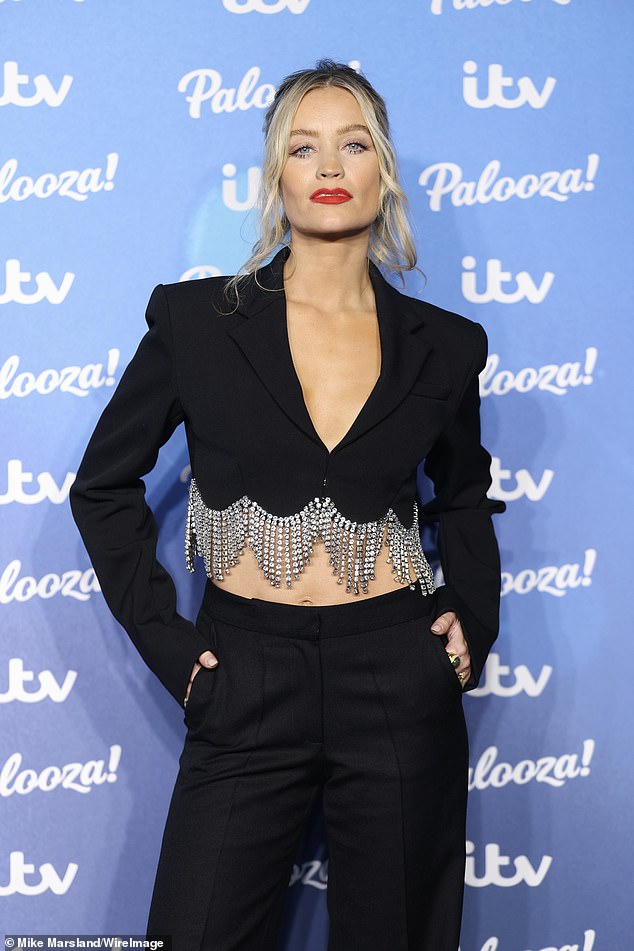 Stunner: The former Love Island host showed off her toned abs in a cropped bejeweled blazer

In a suit and boots, she completed the look with matching trousers as she posed up a storm for the cameras

The ITV Palooza sees the network’s best and brightest stars come together to unveil the upcoming slate of shows for advertisers.

It took place at the Royal Festival Hall in London and stars such as Laura Whitmore, Oti Mabuse, Ekin-Su Culculoglu and Rochelle Humes were in attendance. 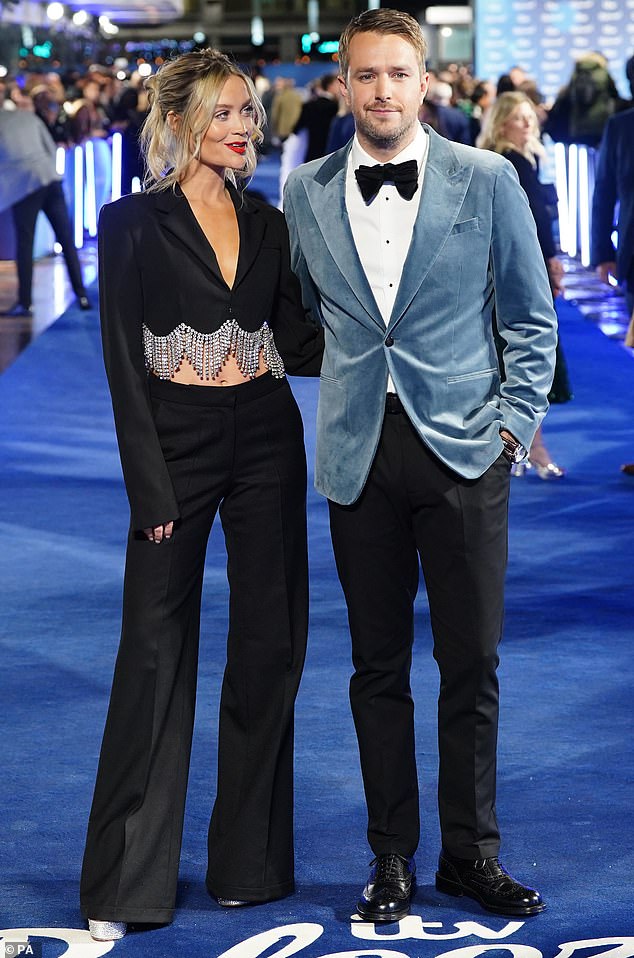 Strut: The stunner matched her jacket embellishments with her shoes and flaunted her stuff in sky-high silver platform heels

Kelly Williams and Simon Daglish also shared commercial opportunities with clients, including free-to-air sports to be broadcast in 2022, such as the Qatar World Cup, Rugby and Women’s Football World Cup.

CEO Carolyn McCall announced a series of post-COP26 measures as part of ITV’s commitment to become a carbon neutral company by 2030.

These commitments include ensuring that all programs produced and commissioned by ITV from 2021 undergo sustainable certification. 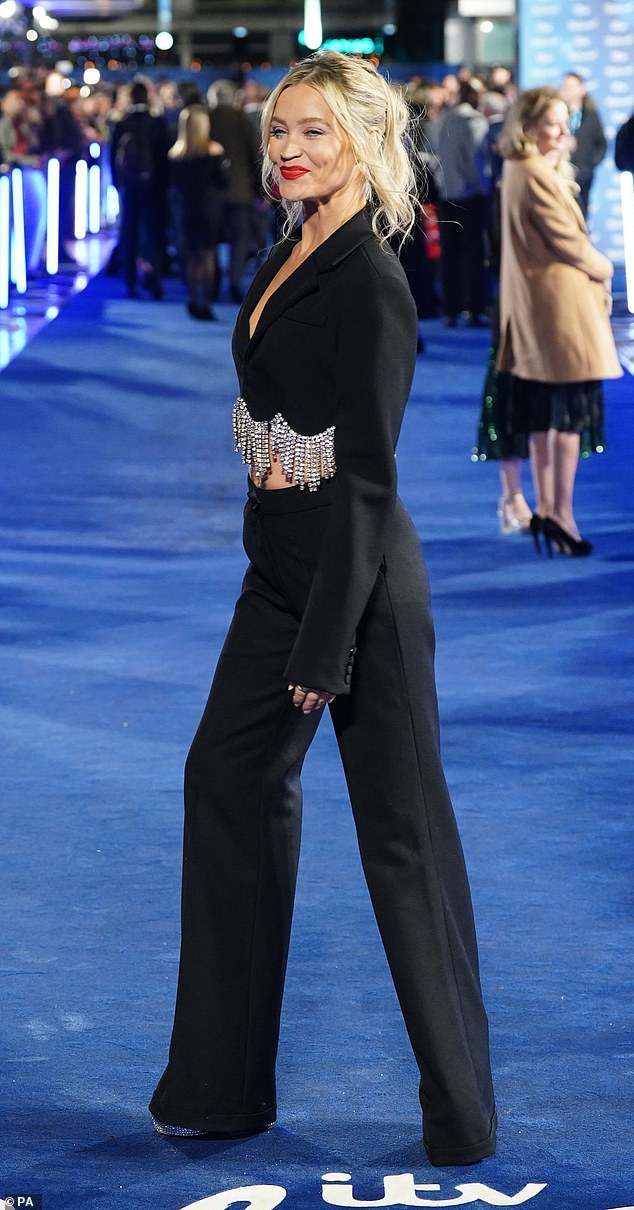 Smiles: Laura appeared in high spirits as she stepped onto the red carpet

ALSO READ  Backstreet Boys talk about holidays, leaning on each other during hard times, and fond Christmas memories of Aaron Carter

This year’s ITV Palooza also comes on the same day ITV rebranded its channels ahead of the launch of its streaming service ITVX next month.

The new identities and branding also include flagship channel ITV reverting to its former name ITV1 to ‘give more equal footing to broadcasting and streaming, with ITV1 and ITVX as ITV’s main viewing destinations’.

“We are using the launch of ITVX this autumn as an opportunity to also give ITV’s broadcast channels a modern and fresh update,” said Jane Stiller, chief marketing officer at ITV.

“This is all driven by a future where both broadcasting and streaming will be equally critical parts of how viewers interact with us.” 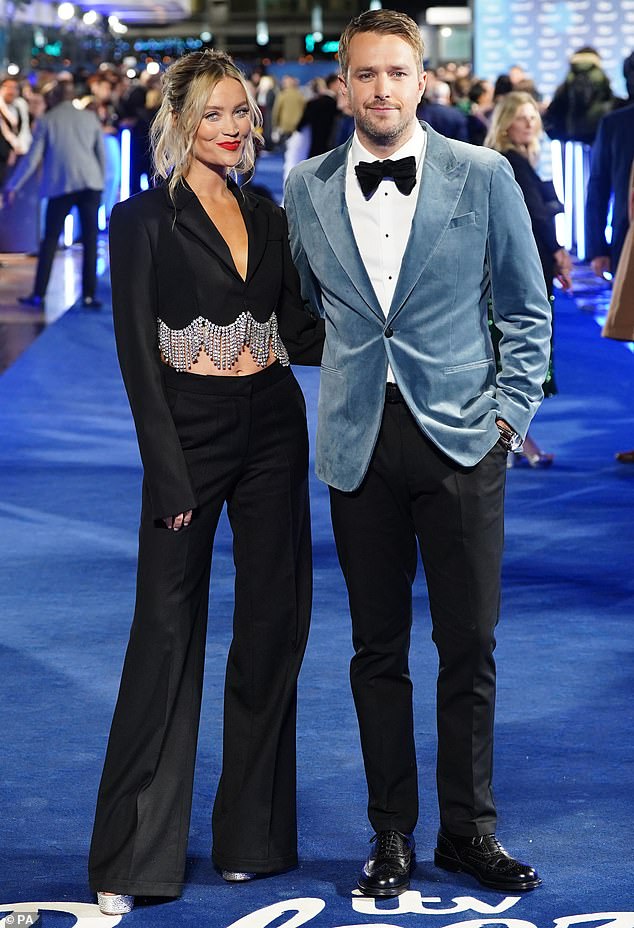 Suave: He completed the smart look with dark pants and matching brogues as he swept his dark locks to the side

Ice Cube is competing for rights to the Friday movie franchise with Warner Bros.

The Bharat Express News - December 6, 2022 0
An oil tanker caught fire at a Russian airport in Kursk near the border with Ukraine after a drone strike, a local official said.Regional...