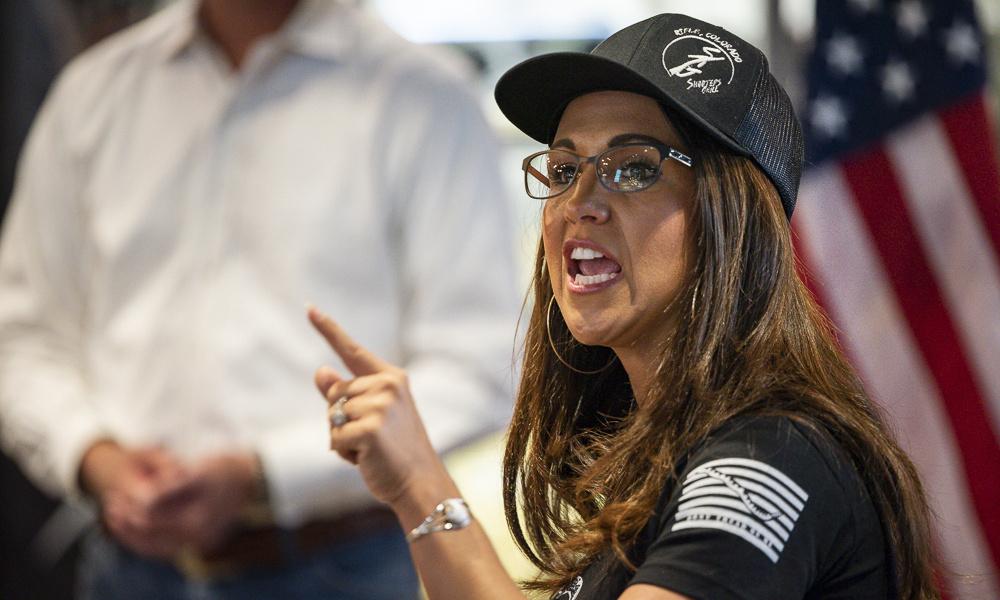 LGBTQ+ advocates in the US have criticized far-right Republican Congresswoman Lauren Boebert of Colorado as hypocritical in light of her past anti-LGBTQ+ statements after she prayed for the victims of the recent mass shooting at Club Q in Colorado Springs.

The shooting at the LGBTQ+ club that killed five people took place on the eve of the Transgender Day of Remembrance. ACLU-Colorado’s senior policy strategist and trans activist Anaya Robinson called Boebert’s condolences “insincere”, blaming inflammatory remarks about the community for such tragedies.

Robinson said: “Certain language and statements are the things that perpetuate this violence and hatred. Change course… dehumanizing individuals and communities for who they are and who they love – making it accessible to harm them.

According to a study by the Williams Institute at UCLA School of Law, “Transgender people are more than four times more likely than cisgender people to experience violent victimization, including rape, sexual assault, and aggravated or minor assault.”

Boebert has been outspoken about her stance against same-sex marriage, which the U.S. Supreme Court ruled a constitutional right in the landmark 2015 case, Obergefell v Hodges.

On her official government website, Boebert says she opposes “attempts to redefine marriage as anything other than the union of one man and one woman.”

Boebert has also turned to drag shows, which have become a focus of bigoted far-right conspiracy theories and a target for violence and protests. On Twitter, she once wrote, “Take your kids to CHURCH, not bars.”

Boebert, who has been in office since 2021 and narrowly re-elected in the 2022 midterm elections, also has a history of pushing anti-LGTBQ+ policies into law.

In 2021, Boebert introduced a bill to block funding for research on gender-affirming treatments for transgender youth. Boebert called the investigation “evil” and spread conspiracy-based misinformation about the National Institute of Health (NIH), which she dubbed the “National Institute of Horrors.”

On social media, Boebert wants to shock by equating gender-affirming treatments and surgeries with “child care.”

Sarah Kate Ellis, president and CEO of Glaad, told the Guardian: “Boebert’s vicious anti-LGBTQ rhetoric and her glorification of guns and violence is a toxic combination – researchers who study extremism say it’s like a hot pan on a burner with popcorn kernels ready to pop – anyone listening can be encouraged to pop.

“Boebert led in creating a culture of anti-LGBTQ hate in Colorado and beyond. The lies Boebert spews about LGBTQ people are absolutely despicable. What about Boebert, instead of offering her thoughts and prayers, instead stop her barrage of anti-LGBTQ hate and work toward stronger gun safety reform? We need politicians who represent and protect us all, not politicians who put our lives at risk to advance their careers.”

In his official statement on the Club Q shooting, Glaad wrote: “Our hearts are broken for the victims of the horrific tragedy in Colorado Springs and their loved ones. This unspeakable onslaught has robbed countless people of their friends and family and the sense of security of an entire community.

“You can draw a straight line from the false and vile rhetoric about LGBTQ people spread by extremists and amplified on social media, to the nearly 300 anti-LGBTQ bills introduced this year, to the dozens of attacks on our community like this.”