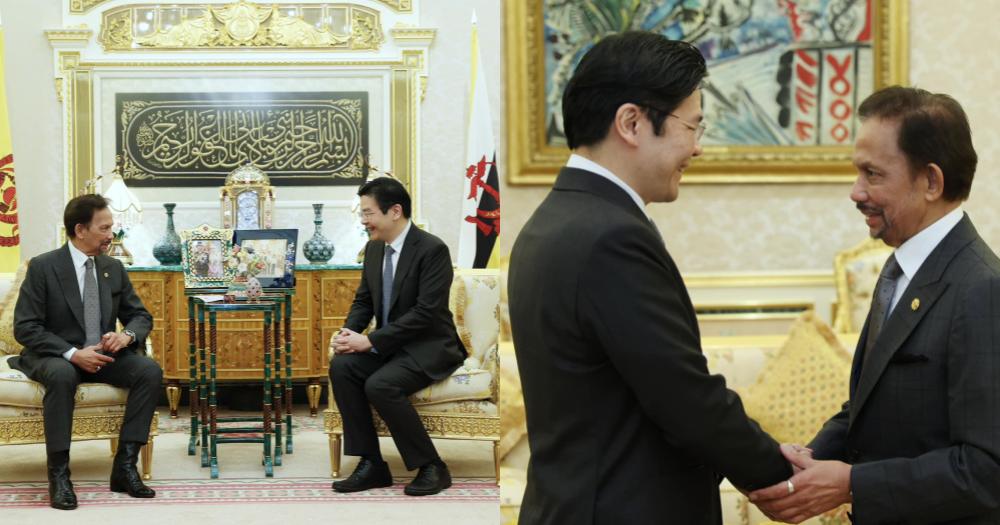 The visit, which took place from January 18 to 19, was aimed at reaffirming the crucial bilateral relationship between Singapore and Brunei.

He also met the Singaporean community living in Brunei.

Wong was accompanied by Foreign Minister (MFA) Vivian Balakrishnan and other government officials from MFB, the Ministry of Finance and the Ministry of Communications and Information.

In his January 19 Facebook post, Wong stressed that the visit was to “reaffirm the importance of this relationship” between the “two smallest members of ASEAN”.

He also said that cooperation between Singapore and Brunei would be boosted in new areas such as education, civil service work attachments, supply chain resilience and the green economy.

Wong said he “looks forward to further exchanges with Brunei” to strengthen their partnership with Singapore.

In an earlier Facebook post on Jan. 18, Wong also expressed his gratitude to the Singaporean community in Brunei for sharing their experiences of living and working in the country.

In August 2022, the Sultan Bolkiah of Brunei visited Singapore on his fifth state visit here and two Memoranda of Understanding (MOUs) were signed during that visit.