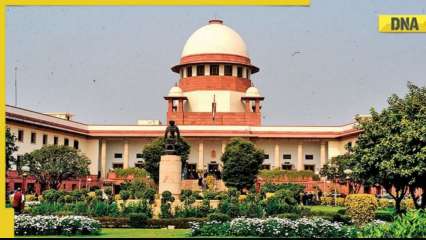 The two-judge Supreme Court hearing the hijab case should have referred it to a larger bank, senior attorney Dushyant Dave told the court on Thursday. The bank heard an appeal against the Karnataka Supreme Court ruling in the case. The lawyer said Judges Hemant Gupta and Sudhanshu Dhulia should not have heard the case.

Dave, apparently annoyed by the limited time allotted to him to argue the case, said, “Please don’t stop us from arguing in time…”

He added that the issue affects millions of people and he wants to show the debates of the Constituent Assembly and Sardar Patel’s warning. Dave said he wouldn’t be able to finish his arguments today and this case is serious. The bank agreed with Dave and he is expected to begin his argument in the afternoon session and to allow other attorneys to argue the case in the morning session.

Attorney Shoeb Alam, representing some of the petitioners, argued in court that the impact of the Karnataka government order is “I will give you the training, you give me your right to privacy”. He added that the state cannot ask the person to waive the right to privacy. Alam said on the one hand: I have my right to education, secular education, and on the other hand, I have my right to privacy, culture, etc., under Article 21. He stressed that the state has an affirmative obligation and duty has to facilitate education, and shared some statistics about Muslim girls in schools.

Senior lawyer AM Dar, who represents some of the petitioners, argued that he will inform the court about the Quran. The bank told him that other lawyers who appeared before the petitioners had argued that courts are not equipped to interpret the Quran. Judge Gupta said to Dar, “Please don’t take us through all the verses of the Quran.”

The Supreme Court will continue to hear arguments during the afternoon session about the petitions challenging the March 15 Supreme Court ruling of Karnataka upholding the ban on hijab in pre-university colleges.

ALSO READ  'Police could have opened fire on violent BJP protesters, but...': Mamata Banerjee on violence at 'Nabanna Cholo' march

Diwali bonanza for government employees in Delhi: DA up 4 percent