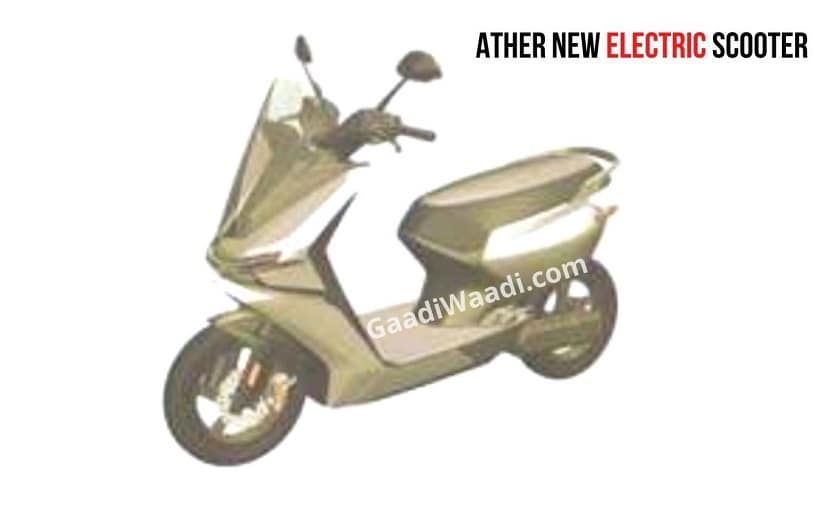 The leaked design patent images of what is claimed to be Ather’s next electric scooter, reveal a large maxi-style scooter. Visually, the new electric certainly has some futuristic elements, similar to Ather’s existing 450X.

Patent images of what is claimed to be Ather Energy’s next electric scooter have surfaced online. Leaked design patent images reveal a large maxi-style scooter with a sturdy front section and what appears to be an elongated windshield. Even the handlebar design is reminiscent of the Suzuki Burgman Street or Aprilia SXR 160. The pointed section up front appears to house a sleek LED headlight, and unlike the stepped seat of the Ather 450X we see here a long downside, one-piece seat and large grab bars. In terms of functionality, we can also see alloy rims, front disc brakes and telescopic front forks. 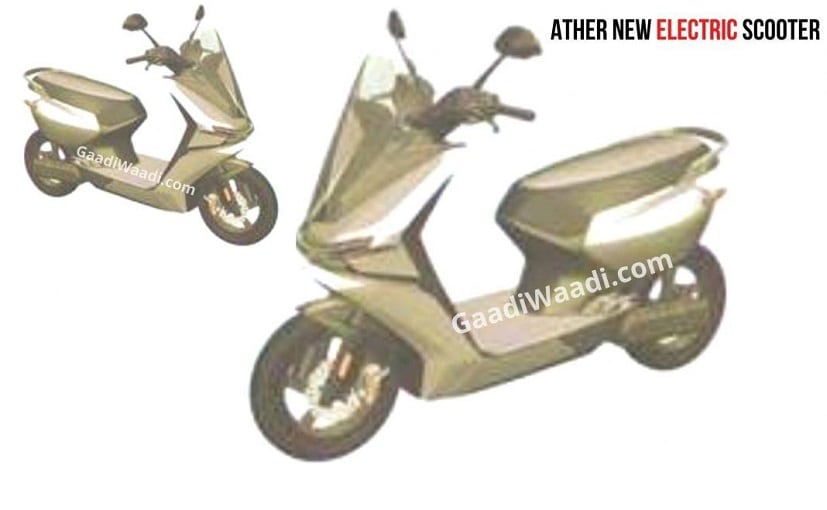 It’s too early to say if it’ll get the same electric powertrain on this latter or a new, more powerful one.

Also read: Ather 450X crowned scooter of the year at the 2021 TBEN Awards

Now, visually, the new electric certainly has some futuristic elements, similar to Ather Energy’s existing 450X. We get a glimpse of some sharp and sculpted elements, and it’s possible the new scooter is bigger than the 450X. However, it’s too early to tell if he’ll get the same electric powertrain on the latter or a new, more powerful one with longer range to suit his maxi-scooter style. Like the Ather 450X, we also expect the new scooter to come with smart features like the Bluetooth-enabled fully digital dashboard, multiple modes, OTA updates and more.