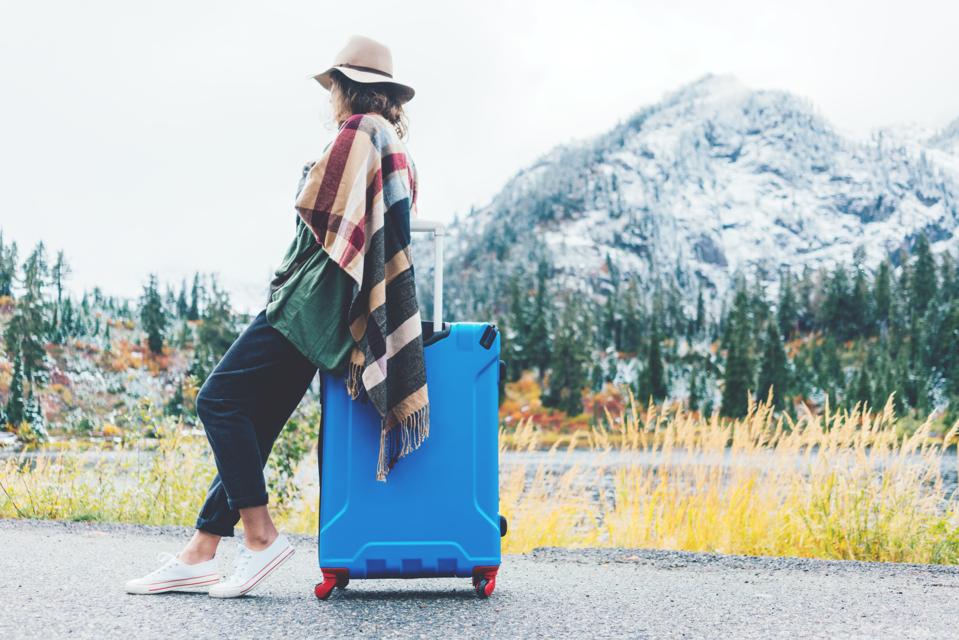 One of the easiest ways to leave America and live in another country is to get a second passport. Of course, you can pay a lot of money to get one (we’re talking about $ 100,000 and up). But according to a new report from International life, it is possible to quickly get a second passport without buying or inheriting a passport.

“Second passports and residency in other countries have long attracted Americans interested in greater flexibility in their travel and investments,” says Jeff D. Opdyke, editor-in-chief of The wise retiree, a publication of International life. “These days that interest is growing – sharply – with more and more people seeking an ‘escape plan’ if the United States is no longer suitable for them in the years to come, whether for political reasons,” economic or social.

ALSO READ  When isn't a burger a burger? Europe decides.

According to Opdyke – an American expat who has now lived in Prague for almost two years – it is possible to obtain citizenship by naturalization in two to four years in many places around the world. (And guess what? It’s legal for Americans to have dual citizenship.)

The way to do it: “Move somewhere and get citizenship – and a passport – through the naturalization process,” Opdyke says.

Does it sound too good (and easy) to be true? Opdyke says it’s not as difficult as it sounds. “While many countries require you to live within their borders for a decade or more before you can apply for citizenship, many impose a much shorter time limit of two to five years,” he says.

Tempted by countries offering new digital nomadic work visas? Opdyke says it’s not as ideal. “Barbados and its new welcome visa allow remote workers to live and work on the island for a year. It’s great, but the cost of the visa is $ 2,000 to $ 3,000, depending on whether you are going alone or with your family, ”he says. “Conversely, you can use a business visa service in a country like Argentina, Czech Republic or Spain or Portugal (pretty much anywhere) and get a temporary resident visa from one year and the price will be well under $ 1,000. ”

Another downside to a remote work visa: you are one and done. “Your year is over and you’re out of it,” Opdyke says. “With the others, you can renew your visa, usually for a stay of two years, and it will cost you nothing (or a minimum amount).”

According to Opdyke, there are a number of countries where you can get citizenship by naturalization within five years. This includes (but not limited to) places like Australia, Belize, Chile, Colombia, Czech Republic, Finland, France, Ireland, Jamaica, Latvia, Mexico, Netherlands, New Zealand, Panama, Singapore, Sweden, Taiwan, Thailand, Turkey, United Kingdom and Uruguay.

But if you don’t want to wait and the process takes that long, there are a handful of countries to consider where it will take four years or less. Some of these countries are still closed to Americans due to Covid-19, but as soon as the travel restrictions disappear, you can be ready to run. Here are seven things to consider.

Argentina is huge – second in size only to Brazil in South America, with a range of climates and geography, from subtropical jungle to arctic conditions in the south. You will find everything: modern cities, picturesque villages. Another big part of the appeal? “If his life is denominated in dollars, his lifestyle in tango country will be quite pleasant,” Opdyke says. In just two years, you can apply for citizenship in Argentina and get a passport there, giving you access to 170 countries without the need for a visa. Argentina also allows US citizens to hold dual citizenship.

Peru is best known for Machu Picchu. But it’s also home to modern towns and colonial towns, pretty beaches, and quiet farming areas. In addition, it is very affordable. According to Opdyke, once you’ve been resident for two years in Peru, a non-Peruvian can apply for citizenship. “It’s not difficult,” Opdyke says. “With the right documents, people can apply for Peruvian residency while visiting with a tourist visa. But it could take several months to complete the residency process. Another condition is that candidates must be able to communicate in Spanish and pass an exam on the history, culture and geography of Peru.

Ecuador has been dubbed the Land of Eternal Spring – and not only is the weather beautiful in this country which is about the same size as Colorado, but you can live on a lot less. In addition, there are a number of options for locations, from beaches to towns, university towns to mountain villages. Citizenship is possible in just three years. “Ecuador requires three consecutive years, and if there is a hiatus of more than 90 days, people have to start over,” Opdyke says.

Honduras is only two hours from the United States by plane, but it’s far in the spirit – a place where life is much simpler. Here is a loophole for Honduras: the requirement is reduced to two years if you come from a Spanish or Portuguese speaking country.

It only takes three years to obtain citizenship by naturalization in Poland and a big part of the appeal is that Poland is a member of the European Union, which means that “this is the fastest way to a passport. European, ”says Opdyke. Applicants here must have proof of a stable source of income, such as social security or a pension. Another difficult requirement: you must be able to speak Polish.

Opdyke says Paraguay is another good choice and it only takes three years to obtain citizenship by naturalization. The application process is simple: “Live there for three years as an honest citizen,” Opdyke says.

From welcoming locals to warm weather all year round, Brazil has its attractions. And after four years of living in Brazil, speaking Portuguese and having no criminal record, you can live there permanently. “Just like Paraguay in its simplicity,” Opdyke says.

“Travel the Bucket List: The 10 Best Places in the World and the 29 Best in the United States”

The Bharat Express News - November 26, 2020 0
Liverpool manager Jurgen Klopp has insisted he does not regret his team selection, following a 2-0 defeat to Atalanta in the Champions League. The Reds'...