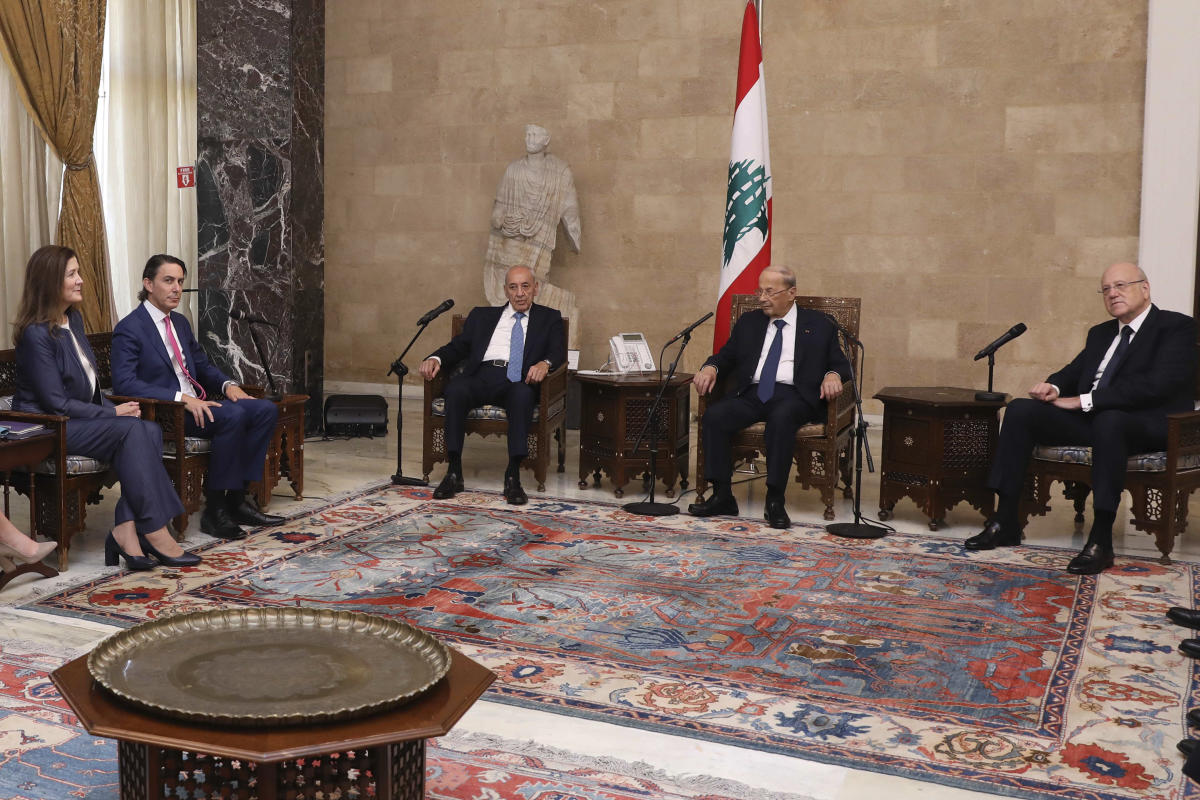 BEIRUT (TBEN) — Lebanon and Israel are closer to reaching a deal in a more than decade-old dispute over the maritime border between the two neighbors, a US envoy and Lebanese officials said Monday.

Lebanon and Israel have been officially at war since Israel’s founding in 1948, and both countries claim some 860 square kilometers (330 sq mi) of Mediterranean Sea.

Amos Hochstein, a senior energy security adviser at the US State Department who mediates between the two neighbors, expressed optimism after his meetings Monday in Beirut with Lebanon’s president, interim prime minister and parliament speaker.

The joint meeting between Hochstein and the top leaders could indicate that a breakthrough could be imminent and that Lebanon’s political leadership supports such an agreement.

“The atmosphere is positive and the gap of disagreements in this area is narrowing,” deputy parliament speaker Elias Bou Saab told reporters after the meeting.

Hochstein arrived in Beirut on Sunday to brief Lebanon on Israel’s response to Beirut’s June proposal over the disputed maritime border area.

After his last visit to Lebanon in June, Hochstein told US-funded Alhurra television that the Lebanese government had taken “a very strong step forward” by presenting a more united approach, and expected progress could be made to to reach an arrangement.

“I remain optimistic that we can make continuous progress as we have done in recent weeks,” Hochstein said in brief remarks after the 90-minute meeting at the presidential palace.

ALSO READ  Rishi Sunak: We must punish Iran for the stabbing Salman Rushdie

He added that he looks forward to “coming back to the region” and “making final arrangements”.

Lebanon’s foreign minister, Abdallah Bouhabib, told local Al-Jadeed TV that great progress has been made. “We’re trying to set things up so we can look for gas and so are they (Israelis),” he said.

Lebanon is in dire need of an agreement as it hopes to exploit offshore gas reserves to try to alleviate the worst economic crisis in its modern history.

On Sunday, the Lebanese militant Hezbollah group broadcast drone footage of Israeli ships in a disputed gas field in the Mediterranean, highlighting the tension at the center of US-mediated Israel-Lebanon talks over the maritime border.

Lebanon claims the Karish gas field is disputed territory under ongoing maritime border negotiations, while Israel says it is within its internationally recognized economic waters.

The Israeli army shot down three unarmed Hezbollah drones flying over the Karish gas field in the Mediterranean earlier this month. Mikati criticized Hezbollah at the time, saying the move could pose risks to the country.

Hezbollah leader Hassan Nasrallah said in an interview last week that the militant group can locate and attack Karish and any other Israeli gas field.