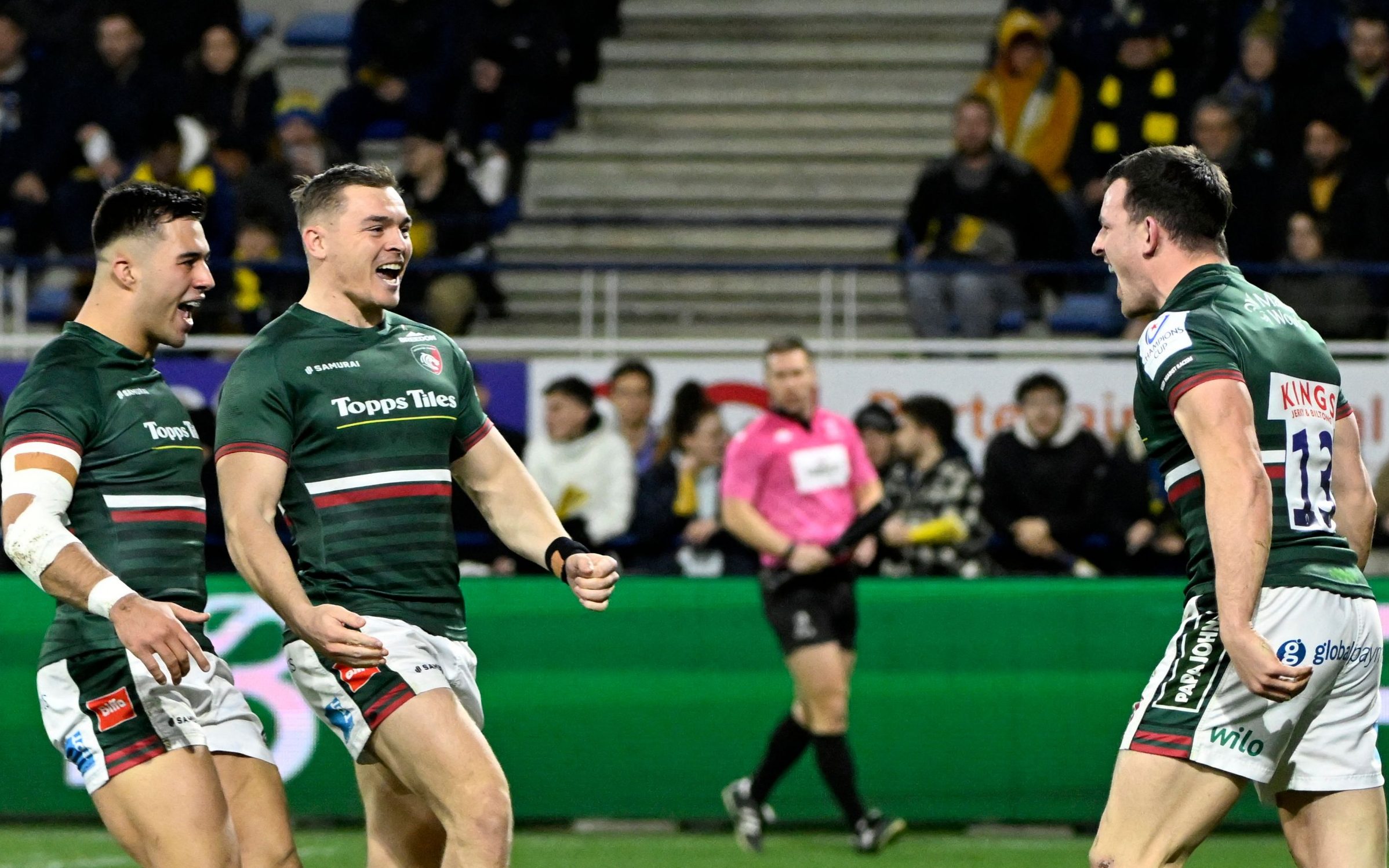 With the score coming away from the hosts, they needed a response. And in Raka they have the epitome of spontaneity. The wing left Pollard for dead and was only stopped by a phenomenal cover tackle from Charlie Atkinson. But the damage was done and once Clermont got behind him an offload from Simone Etienne cornered Fourcade.

Leicester finished the half strongly though, with their young front row winning a mighty scrum penalty, which Pollard converted.

There was a predictable rearguard from Clermont. Two quick tries early in the second half – the first for Belleau after a lucky bounce, the second for lock Paul Jedrasiak after a wonderful dummy – put the hosts back in contention. Interspersed with those two scores, the Tigers scored their own effort to keep their noses in front: right off the training pitch, Pollard pushed Freddie Steward through a gap, before the wing pulled Newsome to give Scott his second.

With nine tries, this was a flawed classic, and Belleau’s late penalty secured a five-point finish in the stands. But the exploits of Gopperth and Cronin at death set Leicester back on the right track.

Samsung, Google and Qualcomm are creating a mixed reality platform